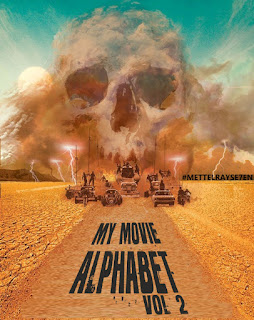 1. List your favourite actors, actresses, movies or directors from # to z


2. I allow a little wiggle room: you may list two under one letter* because it is vol 2 after all! *in that case, the choices have to be from different categories – actor/director, actress/movie, etc.*


3. If you participated last time, don’t look at your first movie alphabet before vol 2 is ready


4. Comparisons in between your new alphabet and the previous one are highly encouraged


5. Post your Movie Alphabet Vol 2 by the 31st of May, link back to this post and let me know here in the comments or over at twitter @MettelRay (and use the hashtag mettelrayse7en)


6. Use one of the banners below in your post or create your own!


7. Most importantly, have a ton of fun!


That is pretty easy to follow as here we go again:

Michael Winterbottom’s ingenious and off-the-wall film about the Manchester music scene of the late 1970s to the early 1990s revolving around the founding of Factory Records and the club known as the Hacienda. 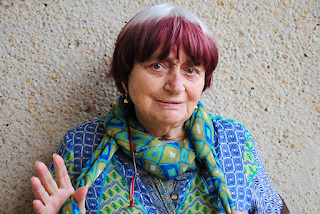 The Godmother of the French New Wave and one of the most influential filmmakers in the world who is about to retire. 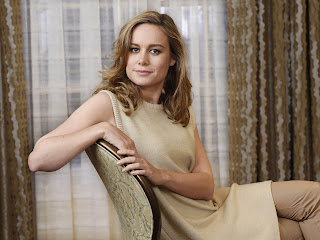 One of the finest actresses working today thanks to such films as Short Term 12 and Room as well as becoming a superhero for the Marvel Cinematic Universe in Captain Marvel. 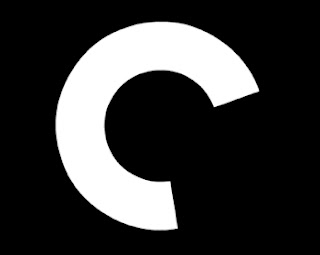 The place where the DVD/Blu-Rays still matter in this age of streaming of digital devices as they don’t offer some of the finest films out there but also extra content that is just too insatiable to ignore. 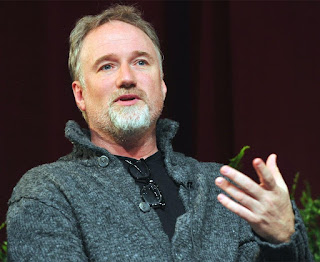 Hollywood’s dark prince who is definitely one of the finest filmmakers working today as we film buffs are anxious for what he does next (as long as it’s not World War Z 2). 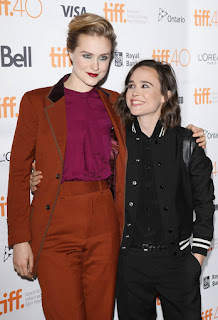 2 of the finest actresses working today who both don’t define themselves sexually nor are willing to take on very conventional projects as they’re part of my exclusive club of actresses known as the Bullet Club. 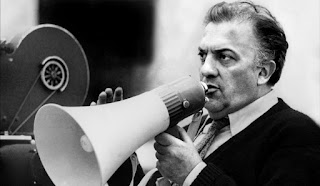 One of the greatest filmmakers of the 20th Century whose work are hallmarks for world cinema with such films as La Dolce Vita, 8 ½, La Strada, Amarcord, and Nights of Cabiria. 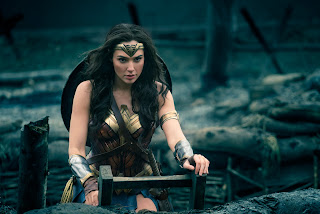 A very beautiful woman who can kick some ass thanks to her work in Fast & Furious franchise yet is about to become a mega-star in her role as Wonder Woman. 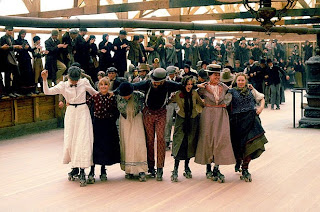 A film that is flawed but certainly grand as its exploration into the dark aspects of American history is told with such richness by the late Michael Cimino. 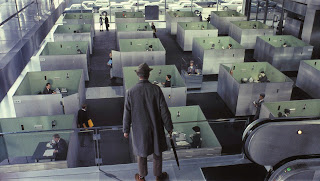 Another of the finest filmmakers of the 20th Century with such classics as Monsieur Hulot’s Holiday, Mon Oncle, Playtime, and Trafic as they were told with such wit about the fallacies of modernism. 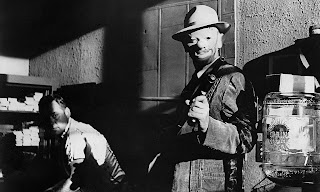 Stanley Kubrick's breakthrough feature is definitely one of the finest heist movies ever made as it also explore what can go right and what can go wrong as it's got some gorgeous visuals and an incredible cast led by Sterling Hayden.

L-Let the Right One In 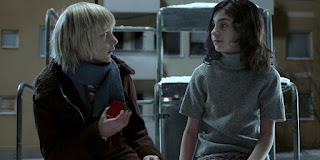 Tomas Alfredson’s incredible vampire film that really brought the world some bite back into moody and whiny vampires as it remains one of the finest films of the 21st Century so far. 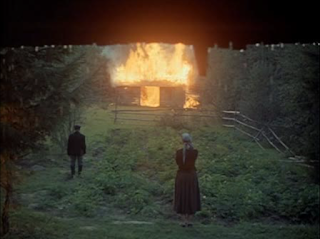 Andrei Tarkovsky’s 1975 film is certainly one of the most challenging and abstract films of 20th Century as it doesn’t have much of a plot. Yet, it remains a monumental achievement in cinema as it would provide the template for many ideas in cinema for years to come in abstract, non-conventional filmmaking. 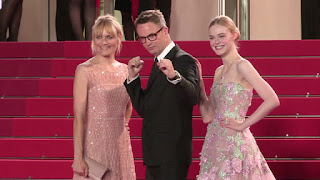 One of the coolest filmmakers working today as well as one of the most controversial who is definitely taking Lars von Trier’s crown as Denmark’s enfant terrible thanks in part to such films as the Pusher trilogy, Bronson, Valhalla Rising, Drive, and The Neon Demon. 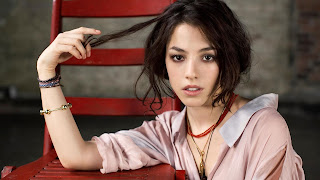 Definitely one of the most underrated actresses working today as someone who is need of some mainstream exposure as her performances in films such as Snow Angels, Juno, The Stanford Prison Experiment, and Nobody Walks prove that she is phenomenal as she’s also part of my personal collective of great actresses in the Bullet Club. 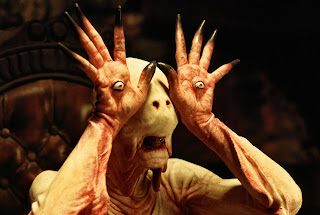 Guillermo del Toro’s crowning achievement is truly one of the great films of the 21st Century in the way it combine fantasy, horror, and drama with such beauty as it is really the new standard bearer of what fantasy films should be. 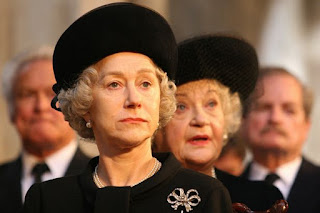 Stephen Frears’ portrait of Queen Elizabeth II in how she dealt with the death of Princess Diana and the need to speak out is truly an amazing film thanks in part to Helen Mirren as well as a great supporting performance from Michael Sheen as Tony Blair. 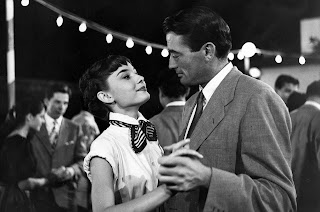 From William Wyler comes one of the definitive romantic films ever as it’s very funny but also quite tender as it features incredible performances from Gregory Peck and Audrey Hepburn with the latter playing a princess who wants to see Rome as just a regular woman who would fall for this journalist.

Pier Paolo Pasolini’s final film is undoubtedly one of the most depraved, repulsive, and down-right fucked up films ever made. If you can survive people being tortured, beaten, and being forced to eat shit. Then you got some fucking balls. 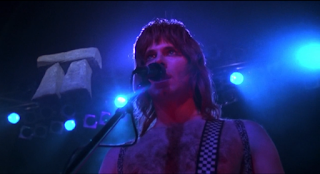 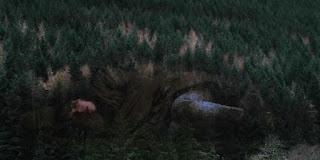 Jonathan Glazer’s sci-fi film is probably one of the scariest and most chilling films of the 21st Century so far as it features some amazing technical achievements as well as an eerie yet evocative performance from Scarlett Johansson.

One of the better films that the King of Rock N’ Roll Elvis Presley starred in as it’s a fun movie with lots of cool tunes, racing, and most of all, Ann-Margaret. 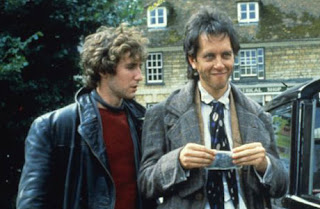 A classic British comedy about two unemployed actors who like to drink and fuck things up as they accidentally go on holiday and get themselves in trouble. 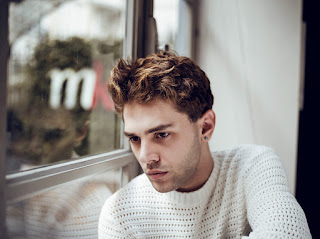 One of the recent up-and-coming filmmakers who has been making a lot of wave in the past decade as he’s not even in his 30s yet films such as Laurence Anyways, Tom at the Farm, and Mommy are already considered some of the best films of the 21st Century so far. 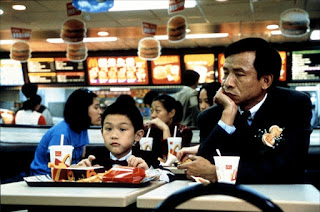 Edward Yang’s final film is certainly one of the most touching of the 21st Century as it begins with a wedding and ends with a funeral as it follows the year in the life of a Taiwanese family dealing with all sorts of things that is often common with real life. 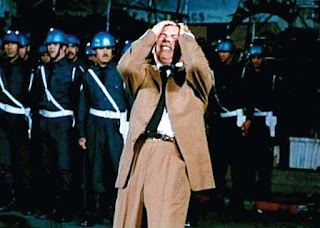 Costas-Garvas’ 1969 political drama is a terrifying film that follows the assassination of a political activist as its aftermath is more interesting where a magistrate tries to find out the truth.

Great stuff on here! From Gal Gadot to Inception to Tarkovsky's Mirror. You really ran the gamut, man.

Oh man, Xavier Dolan is a good pick for X. That never even crossed my mind. I love your list! Especially the shout out to Olivia Thirlby.

A lot of great picks, totally forgot Refn! From Roman Holiday to Salò, man I love that.

Great picks man. Your taste is extremely diverse and that's what makes you cool. I adore Roman Holiday, both for its humour and later poignant moments.

Oh you're gonna love seeing Gal in WW. She was luminous!

Great post! Who else is in the bullet club besides the two actresses you mention? I’m 99% sure Jena Malone is.
Cinemas are full of reboots of old ideas. We need writers/directors like Xavier Dolan and Nicholas Winding Refn to keep original filmmaking alive!

@Kevin-You're welcome. I like to keep things interesting as I have very diverse taste in films.

@Brittani-I knew if I went for X-Men, it would've been too easy. Thank God for Xavier Dolan.

@Sofia de Costa-Well, if you take your date to see one of the finest romantic comedies ever to one of the sickest films ever made. It's at least an interesting date.

@Sati-I hope so. She was the best thing in Batman v Superman.

@Chris-You're correct. She, Evan, Ellen, and Olivia are part of the Bullet Club along with Anne Hathaway (she and Jena were in the previous list), Natalie Portman, and Scar-Jo 3:16. You're also right about this era of remakes and reboots and it's a good thing we got people like Dolan and Refn for making films that are original and daring.

Very cool List. I remember Olivia Thirlby from Juno and remember thinking she was good. Why haven't I seen her in anything else. Yes I agree Under The Skin is quite scary and NWR is a damn cool fimmaker. I do not have the balls to watch Salo, Im sorry. I hope to see Wonder Woman this week because Im curious at what director Patty Jenkins does with the material.

Shit I take it back I do remember Olivia in Dread. But that is really it. She looked different, but damn she was great in that flick

@TheVern-I think it has to do with the fact that she doesn't have a traditional look but she needs to be in more films. Not many people have the guts to watch Salo and that's OK. I saw Wonder Woman yesterday and... go fucking see it.

Well I'm the worst since it took me this long to comment but I'm finally here! What a fancy list, I say fancy because all these amazing women are mentioned and I'm sort of proud to have them included in this year's movie alphabet! Thank you so much for participating ! Sorry I was such a dumb blogger who only now found my way into this alphabet!

@Getter-Thank you. I'm just glad you read it. Besides, you had things to do. It's not your fault.