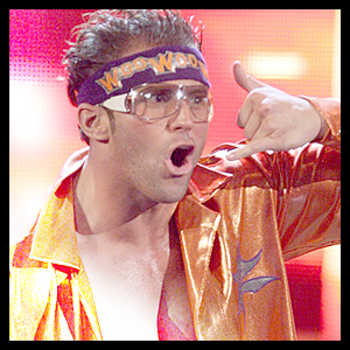 Wow, you're years writing film-related work, certainly puts a whole different perspective on things for people like me starting out this blogging business.

You're doing an awesome job of it, though!

And I am really looking forward to your Gus Van Sant season (I love My Own Private Idaho) and your write-up of Ghost World, which I also adore.

Thank you for the mention good sir! Appreciated muchly! Look forward to reading your thoughts on The Cure's 'Pornography'

@Cherokee-Thank you. I'm nearly done with my Ghost World essay. I just need to do a few tweaks and finish some related reviews to the film.

@Andy-Thanks for checking out my other blog. Pornography is my 2nd favorite album the Cure with Disintegration on first. That one will come later in the month as I wait for the rain to arrive. It's one of those albums I only listen to on rainy days.

And I never realized you also had a music blog. Adding it to my reading list now.

Thanks for the link, Steven. Looking forward to your pieces on both Gus Van Sant and Ghost World (has it been 10 years already? Man I am getting old!)

@CS-Yep, it's been 10 years since Ghost World came out when it premiered at the Seattle International Film Festival back in June of 2001.

It doesn't feel like 10 years though. Time is moving faster now and that don't seem right.

Thanks for the shout out.