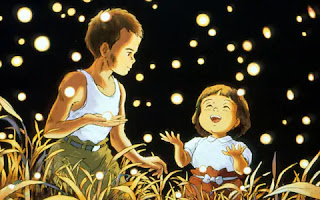 2019 is coming to a close as I'm about to embark on my final film of this year's Blind Spot Series in Shoah which is an astronomical film with a running time of nearly 10 hours. While I will be watching that film for the month, the time has come to get ready for the upcoming Blind Spot Series for 2020 as my choices are emphasized more on films that I have on DVD but never had the chance to watch them as well as films that were on Sight and Sound's list of the 10 best films ever made as well as films that are on the 1001 Films You Must See Before You Die though the films they recently put in have been questionable to say the least. I also wanted to diversify myself with my choices but also lean towards classic films as this list is mainly set from the 1940s to the 1990s with one trilogy in that list. Here are the films of the 2020 Blind Spot Series that I will watch in chronological order:


The Grapes of Wrath

A Place in the Sun

They Shoot Horses, Don't They?

Phantom of the Paradise

One Sings, the Other Doesn't

Grave of the Fireflies

The Koker Trilogy by Abbas Kiarostami (Where Is the Friend's House? - Life, and Nothing More... - Through the Olive Trees)

The only one I've seen is Grave of the Fireflies and I hated that. I have One Sings, The Other Doesn't in my Netflix queue though, That looks good!

Surprising noone, I haven't seen any of those but I'm dying to see Grave of the Fireflies. That might actually make my 2020 list. I know what's it about though and that's probably why I've been avoiding it.

@Brittani-One of the reasons I want to see it is because of Agnes Varda as I liked everything I've seen from her so far as I want to see more of her work. Plus, I want to give more love to the ladies.

@Often Off Topic-I saw a bit of it nearly a decade ago but the DVD that I borrowed from my local library was badly damaged and ruined it for me as I know how intense the film is emotionally.

Awesome choices! I Am Cuba is spectacular for the visuals, so too is Betty Blue. Look forward to your thoughts on a bunch of these.

@Chris-Thank you. I have I Am Cuba and a few others on my DVR as they're likely to be the first ones I'll do. Then the stuff that I have on DVD.

A Place in the Sun is one of my all-time favorites. Looking forward to your thoughts on that one.

@Alex-I have that film in my DVR hard drive as that could be one of the first Blind Spots I will see for the year.