For the 49th week of 2019 as part of Wandering Through the Shelves' Thursday Movie Picks. We venture into the simple subject of adaptations as books are often a popular way to get a film made as people find a book and then turn it into a film. Sometimes they work and sometimes they don’t but the key to a successful adaptation is to take a book and bring an interpretation that is faithful to the book but it is something of its own. So here are my picks of three adaptations that all absolutely sucked ass and were written by one of the worst individuals in Hollywood that is Akiva Goldsman: 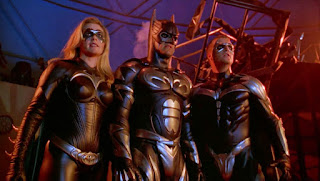 The film that almost killed Batman in the movies by having him say stupid things, fight off against stupid villains, and other stupid shit. Of course people want to put a lot of fault on director Joel Schumacher but I think he deserves some of the blame and at least admitted that he fucked up on that film. Goldsman however should get equal blame for this shit as it is so clear he never read any of the comics nor did he care to read them at all as he just used the previous films as ideas. Yet, having the film start with the words “I want a car! Chicks dig the car!” “This is why Superman works alone” is proof that anyone who sees this is in for trouble. After all, that is not Batman. Batman doesn’t introduce himself to villains by saying “hi Freeze! I’m Batman!” That is not fucking Batman! Batman doesn’t go out, stop for Big Macs, hitting on women, fighting criminals with lame gadgets, and breast-feeding Robin! NO!!!!!!! NO, NO, NO, NO, NO, NO, NO, NO, NO, NO, NO, NO, HELL TO THE NO!!!!!!!!!! 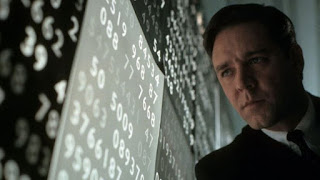 The film that won Goldsman the Oscar for Best Adapted Screenplay over far more interesting adaptations in Shrek, In the Bedroom, Lord of the Rings: The Fellowship of the Ring, and Ghost World. Oscars fucked up big time as this story about this brilliant but mentally-ill mathematician who talks to a guy that doesn’t exist and all sorts of shit. Yet, it is filled with so many dramatic liberties that makes the character of John Nash such a bore as it is one of these Oscar-bait films that demands so much for audiences to care about him but you realize that the man’s story in real life is actually far more interesting than what the film presents. Even for all of his flaws and the fact that he had another family and an illegitimate child which is probably something Goldsman and director Ron Howard didn’t want to tell.

Truly one of the worst films ever made and it is proof that as bad as a writer that Goldsman is, he is even worse as the director of this schmaltzy and idiotic romantic-fantasy period film. It involves Colin Farrell who is being chased by Russell Crowe who is a gangster as Farrell hide out at the home of a rich family and falls for its sickly daughter. They have sex and she dies with Farrell on the run and then still be alive and un-aged in the 21st Century. It is a film that requires the audience to suspend their belief but it ends up insulting their intelligence and making the film even stupider is a cameo from Will Smith as Lucifer who says stupid things while wearing a Jimi Hendrix t-shirt.

I agree that the first and third are flat out terrible movies and A Beautiful Mind is weak overall but I do think Russell Crowe's performance in the film partially saves it. Jennifer Connelly is good in it also though the Best Supporting Actress Oscar is a bit much for what was basically the supportive wife role.

I like the way you narrowed the choices, with a theme this vast you really have to, and I used adaptations of my favorite author John Steinbeck to thin out mine. I'd used most of his biggest successes like East of Eden before so I went with a couple of lesser known titles along with one of his greatest.

The Moon is Down (1943)-During WWII a Norwegian mining town falls under Nazi domination because of its strategic location. The commandant attempts to bring the townspeople to his mindset through gentle persuasion, instead the citizenry form a clandestine underground to combat the enemy.

Of Mice and Men (1939)-Two migrant workers, the clever George (Burgess Meredith) and the strong but feeble minded Lenny (an exceptional Lon Chaney, Jr.) drift through Depression era California relying on each other’s friendship to get them by until a turn of events leads to tragedy.

The Wayward Bus (1957)-In a remote California backwater a collection of downtrodden people-chief among them hard luck bubble dancer Camille (Jayne Mansfield), traveling salesman Ernest (Dan Dailey), bus driver Johnny Chicoy (Rick Jason) and his insecure alcoholic wife Alice (Joan Collins) embark what starts as a routine bus trip but ends up being a journey of discovery both good and bad.

I like the route you took this! I didn't hate A Beautiful Mind, I Thought it was fine and Russell was good. Batman and Robin was definitely terrible and I skipped Winter's Tale because those trailers looked awful.

Arnold's one-liners in the 1980s are so fun. Unfortunately Batman & Robin has some of his worst lines ever! Amazing the screenwriter won an oscar for writing five years later, who would have thought that?! :)

My biggest problem with A Beautiful Mind is that it lacks rewatchability. You watch it once and you get the story. You watch it a second time and you see all the hints for the big ol' spoiler-y stuff. There isn't a single reason to watch it a third time.

And honestly, as someone who watched it twice, I'm not sure there was really a reason to watch it a second time.

I feel like I should be grateful for not seeing any of these movies but damn do I sometimes like to watch something awful and Winter’s Tale is sounding tempting.

I actually enjoyed A Beautiful Mind and A Winter’s Tale haha but I agree on Batman and Robin, that one was trash!