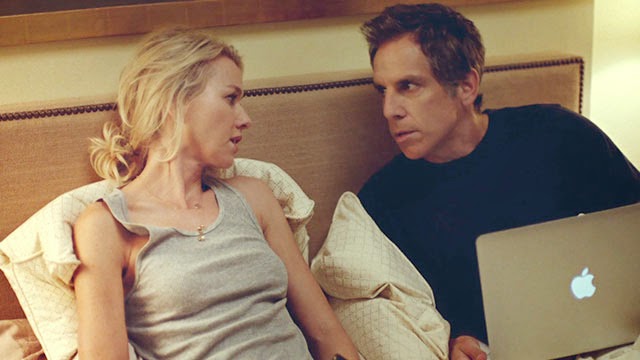 Written and directed by Noah Baumbach, While We’re Young is the story of a middle-aged couple who cope with their life as they would start to socialize with a young couple in their 20s. The film is an exploration into the world of adulthood and growing up as two different couples hang out together in an attempt to have fun and figure out how to live their lives. Starring Ben Stiller, Naomi Watts, Adam Driver, Amanda Seyfried, Adam Horowitz, Brady Corbet, and Charles Grodin. While We’re Young is a witty yet compelling film from Noah Baumbach.

The film is the story of a couple in their 40s as they cope with aging and uncertainty until their lives are sparked after meeting a young couple in their 20s where they become reinvigorated creatively and in themselves. At the same time, they help this young couple with a documentary film where things become more complicated where the old couple starts to get close the younger one while alienating their older friends. It’s a film that plays into the idea of aging and growing up but also ambition and such as the character Josh (Ben Stiller) is a documentary filmmaker struggling to finish a film as he and his wife Cornelia (Naomi Watts) are also dealing with the fact that their friends are spending more time being parents as they become unsure about having children.

Noah Baumbach’s screenplay does have a unique structure as well as some depth into the key characters in the film as both Josh and Cornelia are reluctant into having children as their previous attempts ended up not being good. Upon meeting the aspiring filmmaker Jamie (Adam Driver) and his wife Darby (Amanda Seyfried), the two would socialize with the two where both couples get something out of each other. Jamie isn’t just a fan of Josh’s work but also the work of Cornelia’s father Leslie Breitbart (Charles Grodin) whom Josh was mentored by. Jamie’s influence on Josh would seep into his work and ideas to get more money for the film he wanted to make where Josh would also help Jamie out with his own film project as it related to an old friend he knew as a kid.

Eventually, it plays into the ideas of ambition as Josh copes with his own failings as a filmmaker but also deals with Jamie’s ambition which would affect everyone’s lives. Even as Cornelia returns to the producer’s hat which becomes complicated while Darby becomes left out as her character is the one that would grow up as she craves for something simpler. All of which play into this world of ambition as Cornelia and her father gets sucked into Jamie’s world as Josh’s own professional life begins to fall apart where he is forced to act like the adult. Even if he comes to term with who he and Cornelia are as well as who Jamie and Darby are.

Baumbach’s direction is quite simple in terms of the compositions he creates as it is emphasized more on capturing moments that are happening as opposed to something that is more visual. Shot on location in New York City and various nearby locations, the film is definitely a look into this world of the city where 20-somethings created an environment of their own. Baumbach’s usage of close-ups and medium shots are very potent as it includes a scene of the two couples in a car where Josh and Jamie are in the front both wearing Fedora hats while Cornelia, Darby, and a friend are in the back singing an obscure song from a commercial that Josh did years ago. There are elements in the film that does feel loose and realistic as well as comical such as a scene where Cornelia goes to this thing with mothers and their babies as it’s very silly that plays into Cornelia’s sense of discomfort.

Baumbach also plays into the world of high art culture and the world of film as it relates to Josh and Jamie where they would collaborate on a film together. In some ways, Baumbach sort of makes fun of the world of documentaries as it relates to some of the current gimmicks some use to tell their stories. Even as it plays into the idea of old vs. new generation ethics and such where Baumbach definitely approaches it with some humor and some light drama as it delves into Cornelia’s own sense of confusion about where to go and Darby’s own frustrations with the idea of ambition. All of which leads a climax as it relates to the idea of what it means to be an adult. Overall, Baumbach creates an engaging and funny film about a middle-aged couple seeking to find their youth through a young couple.

Cinematographer Sam Levy does excellent work with the film‘s cinematography as it is very colorful and vibrant that captures many of the moments of New York City with some intimate lighting schemes for some of its nighttime interior scenes. Editor Jennifer Lame does superb work with the editing as it‘s straightforward in some parts while has some stylish usage of montages and jump-cuts to play into the humor. Production designer Adam Stockhausen and set decorator Kris Moran do amazing work with the look of the home that Josh and Cornelia live in as well as the place that Jamie and Darby live in.

Costume designer Ann Roth does nice work with the costumes as it‘s very low-key and casual with a sense of style that plays into the world that Jamie and Darby live in. Sound editor Paul Hsu does terrific work with the sound as it‘s very low-key in some places with some raucous moments in some of social events the characters go into. The film’s music by James Murphy is fantastic as it‘s a very low-key electronic music score that plays into the humor and drama in the film while music supervisor George Drakoulias brings in a fun soundtrack that features classical pieces by Antonio Vivaldi to a diverse array of contemporary music from David Bowie, Lionel Richie, Survivor, Paul McCartney & Wings, Haim, 2Pac, A Tribe Called Quest, Danny Kaye, and the Psychedelic Furs.

The casting by Douglas Aibel and Francine Maisler is brilliant as it features notable small appearances from Peter Bogdanovich as a tribute speaker, Ryan Serhant as a dim-witted hedge fund investor, Dean Wareham as a shaman, Liz Stauber as the sister of Jamie’s old friend Kent, Matthew Maher as Josh’s editor Tim, Bonnie Kaufman as the wife of Josh’s documentary subject, Dree Hemingway as Jamie and Darby’s flat mate Tipper who aids Jamie in his film work, and the legendary folk singer Peter Yarrow as Josh’s documentary subject who often says strange things that are often quite amusing. Charles Grodin is excellent as Cornelia’s father Leslie Breitbart who tries to help Josh with his documentary while being impressed with what Jamie has come up with. Adam Horowitz and Maria Dizzia are fantastic in their respective roles as Fletcher and Marina as Josh and Cornelia’s friends who had just become parents as they have a hard time dealing with Josh and Cornelia’s new activities. Brady Corbet is amazing as Jamie’s old friend Kent who becomes Jamie’s documentary subject as it’s an odd but engaging performance from Corbet.

Amanda Seyfried is remarkable as Darby as a young woman who is skilled at making things including her own ice cream as she bonds with Cornelia in dancing while being alienated by Jamie’s ambitions. Adam Driver is marvelous as Jamie as an aspiring filmmaker who befriends Josh when he attends one of Josh’s lectures as he is someone that does mean well as he is generous and cool but also is very driven to succeed which alienates Darby and scares Josh. Naomi Watts is riveting as Cornelia as a woman who used to produce films for her dad as she copes with not wanting to be a mother as she tries to find herself while being infatuated with Jamie and Darby. Finally, there’s Ben Stiller in a phenomenal performance as Josh as a documentary filmmaker struggling with aging as he tries to feel young while becoming usurped by Jamie as it would affect his professional and personal life.

While We’re Young is a sensational film from Noah Baumbach. Armed with a great cast, a fun soundtrack, and engaging views on aging and adulthood. It’s a film that isn’t just one of Baumbach’s more accessible films but also one of his funniest in terms of exploring the downsides of growing up as well as some of the fallacies of youth. In the end, While We’re Young is an exhilarating and heartfelt film from Noah Baumbach.

I've actually haven't seen anything by Baumbach but this one piqued my interest so I might give it a rent. Stiler and Watts seem an unlikely pairing but that's also why it just might work in the film's favor.

For me, it's one of Baumbach's more accessible films though I would start with Kicking & Screaming and The Squid & the Whale along with Frances Ha which is his best film.

Great review! My theater recently got this, and I thought about it just because it's been so long since I've gone. Maybe I'll give this a shot.

@Britanni-Thanks. It's a really good film if you want to laugh while it's also quite engaging in terms of dealing with adulthood though I wasn't surprised since I did an Auteurs piece on Baumbach earlier this year. I think this is one of his finest films but it's nowhere near the brilliance of the three films I mentioned to Ruth.

I like Baumbach a lot, so I'm really looking forward to this. Besides, the rise of la' Watts makes me really, really happy!

@Fisti-Naomi is great in this and she's got skills to dance. I wouldn't challenge her to a dance-off.