For the second week of June 2017 as part of the Thursday Movie Picks series hosted by Wanderer of Wandering Through the Shelves. We go into the idea of double features of films that go well together. What better to see one film than see two films in a row? That is always fun to do as here are my picks.

Parody films have been a lost art and have been diluted to stupidity thanks in part to fuckheads for life in Jason Friedberg and Aaron Seltzer who don’t deserve to be called filmmakers. Thankfully, there’s been a couple of spoof films that managed to be funny as well as make fun of the clichés in the world of films relating to music. Walk Hard: The Dewey Cox Story is a dead-on parody of the wave of music bio-pics that emerged in the mid-2000s with John C. Reilly giving one of his finest performances as well as be an incredible singer. Popstar: Never Stop Never Stopping is a film that is also smacked-on about the recent wave of music documentaries of current pop stars of the moment from the Lonely Island group with Andy Samberg as a pop star trying to launch a tour for his second album with disastrous results.

2. Burden of Dreams/Hearts of Darkness: A Filmmaker's Apocalypse 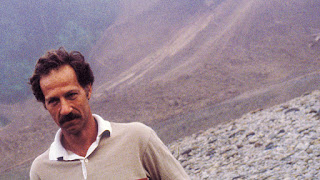 The world of making films is tough as making-of specials sometimes just try to sell something that might end up not being good. Yet, two films about the making of films prove not just how tough it can be but also what has to be done to create something amidst all sorts of adversity. Les Blank’s Burden of Dreams explore the making of Werner Herzog’s Fitzcarraldo from the early footage that would feature Jason Robards and Mick Jagger to then re-doing the entire film with Klaus Kinski in the lead role as well as the struggle to drag a steamship on top of a mountain. Hearts of Darkness collects all of the footage that Eleanor Coppola had shot during the production of her husband’s 1979 film Apocalypse Now that include new interviews directed by Fax Bahr and George Hickenlooper about the troubled production that included horrible weather, health problems, and all sorts of shit showing what it takes to create a film and nearly kill yourself doing it. 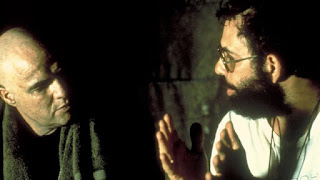 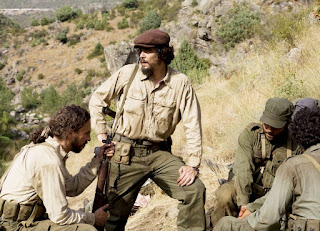 One epic bio-pic of a controversial figure is big enough but two with a total running time of nearly nine hours? Well, that is a challenge as Steven Soderbergh’s bio-pic on Che Guevara and Olivier Assayas’ bio-pic of Carlos the Jackal are intriguing films that share similarities in their conflict with the status quo and capitalist society but both films would also have a rise-and-fall scenario. Soderbergh’s bio-pic on Guevara is a two-part film that explores Guevara’s rise in liberating Cuba and speaking to the United Nations in the first part to his fall and failure in his attempt to liberate Bolivia. Assayas’ film on Carlos the Jackal is about the terrorist who would be a rock star of sorts in the world of terrorism is told in three parts in its miniseries format as it tells his rise but also eventual fall in the 1990s following the fall of communism in Europe.

LOVE the pairing of Hearts of Darkness and Burden of Dreams... despite having seen neither those films NOR the films they document. I really need to fix that, pronto!

I don't know if I could sit down and watch some of these as double features but they're good matchups. I haven't gotten to Walk Hard yet but got a kick out of Never Stop... Liked both of those docs but the idea of watching them one on top of the other is a bit intense. Haven't seen Che but Carlos had that great central performance by Edgar Ramirez though the entire thing was a challenge.

I did pairs with an interrelated element.

Filmmaker Double Feature
Bride of Frankenstein (1931) Scientist Victor Frankenstein having survived the assault of the original film is forced by the evil Dr. Pretorius to assemble a mate for his monster. Using an electrical storm to bring the creature to life (an iconic looking Elsa Lanchester) he starts a chain of events that lead to much tragedy when it turns out the bride isn’t having any of the monster. Quintessential horror film that with the first set a prototype for many years and started a trend that made its studio, Universal a mint churning out pale imitations of other creature features.

Paired with:
Gods and Monsters (1998)-James Whale (Ian McKellan), esteemed director of Frankenstein and many others, is living a wealthy genteel retirement in California tended to by his faithful housekeeper Hanna (Lynn Redgrave). Lonely and unbeknownst to most ill with a condition that causes a slow diminishment of his faculties he strikes up a friendship with his handsome gardener, ex-Marine Clay Boone (Brendan Fraser). As they share stories Whale recalls making The Bride of Frankenstein among other things as his thoughts scattered and re-form. Deliberately paced but with brilliant acting, both McKellan and Redgrave were Oscar nominated.

War Double Feature
So Proudly We Hail (1943)-In December 1941 a group of Army nurses lead by Lt. Janet “Davey” Davidson (Claudette Colbert) and including Lts. Joan O’Doul (Paulette Goddard) and Olivia D’Arcy (Veronica Lake) are headed to Hawaii for their tour of duty but plans change radically when Pearl Harbor is bombed and they are diverted to the battle sieged island of Bataan. Once there they are confronted almost hourly with bombardments, attacks and masses of wounded calling for enormous sacrifice and resolve. Strong drama headed by three great stars with Veronica being a standout as a bitter woman hell-bent on revenge.

Paired with:
Bataan (1943)-Looking at the male side of the same battle. The Japanese have just invaded the Philippines and the US Army in hopes of holding them back assigns a group of 13 under the direction of Sgt. Bill Dane (Robert Taylor) to destroy a key bridge and prevent its rebuilding. Tense and grim with an excellent cast including Thomas Mitchell, Robert Walker and Desi Arnaz.

Drive-In Double Feature
The Creature from the Black Lagoon (1954)-A group of scientists on an expedition for fossils in the Amazon stumble upon the previously unknown Creature from the Black Lagoon on their journey. Not having the sense to leave well enough alone they capture the mysterious gill man but he breaks free returning later to take the beautiful Kay (Julie Adams) for his own. The surprisingly hunky and scantily clad remaining scientists (Richards Denning & Richard Carlson) take off in pursuit. A mix of suspense and hilarity ensues.

Paired with:
The Thing from Another World (1951)-Stationed in the Arctic a team of scientists along with a crew from the US Air Force find a crashed spacecraft in the ice as well as the frozen body of the presumed pilot. Again not having the sense to leave well enough alone they extract the body from the ice and then pay a heavy price when it thaws out and becomes THE THING!! Though he’s unrecognizable under the makeup the Thing is played by James Arness before his decades long career on TV’s Gunsmoke.

I'd like to see Walk Hard because it looks funny, I like Reilly and I know he can sing really well( as opposed to Ryan Gosling...who can't). I have seen Apocalypse Now but would love to see this documentary.

I love Walk Hard! I never saw Popstar, I may have to look into that.

I really love the first part Che, the second part fell a bit flat for me. Pairing Dewey Cox and Popstar is brilliant. Great pairing.

Walk Hard and Popstar is a great one! Both so hilarious. I also really want to actually to Burden of Dreams and Hearts of Darkness together. Good idea.

@Daniel-See those films now or I shall try to put a curse on you.

@joel65913-That monster double-feature is very interesting. Che is quite daunting but certainly worth it for its unconventional approach that Soderbergh did which was based on ideas that Terrence Malick had when he was attached to direct the film.

@Birgit-Hearts of Darkness is essential for anyone that loves Apocalypse Now.

@Brittani-See Popstar, it is hilarious.

@Wendell-Thank you. People were divided on the second part of Che but I enjoyed it as I liked the looseness of it.

@Kevin-Thank you. The making-of docs are more interesting some times than the actual films.