For the 51st week of 2018 as part of Wandering Through the Shelves' Thursday Movie Picks series hosted by Wanderer. We look into what is ahead on what films to look forward to in the New Year as it will be the last films of the 2010s. Here are my three picks (which will not include Terrence Malick’s Radegund due to the fact that it might come out much later which is often the case with a lot of his films):

1. Once Upon a Time in Hollywood 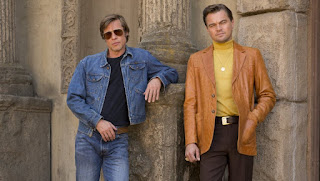 The ninth feature film from Quentin Tarantino will be set around the Charles Manson murders about a TV actor and his stunt double trying to make it during what is to be a tumultuous time in Hollywood. Starring Leonardo DiCaprio, Brad Pitt, Margot Robbie, Damian Lewis, and many others including Bruce Dern playing a role that was supposed to be played by the late Burt Reynolds. The film is certainly going to be a big ensemble piece as with many of Tarantino’s films. It’s going to be a big event as the man always has some surprises in store.


One of three big releases from Marvel Studios as part of the Marvel Cinematic Universe that includes Captain Marvel and Spider-Man: Far from Home is what might be the final film to feature many of the characters who are the Avengers. The sequel to 2018’s Avengers: Infinity War is about the surviving members of the Avengers and a few others embarking on a final battle against Thanos to ensure that things will go right again. It is the big blockbuster film of 2019 and it is likely to ensure Marvel’s massive winning streak in creating blockbuster films with heart and characters that audiences care about which does set them apart from many of the films released from other Hollywood studios. 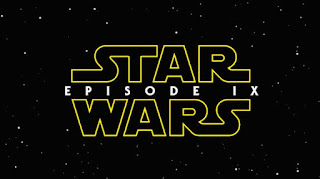 The ninth and what might be the final film of the official series will be another big release as it would be helmed once again by J.J. Abrams where there is going to be a lot to be answered. Considering the polarizing reception towards the previous film as well as the somewhat lukewarm reception that Solo: A Star Wars Story received. This next film has to deliver as it will feature some footage featuring the late Carrie Fisher that she filmed before her passing two years ago as many hope this will give the franchise a fitting send-off.

The more i read about Tarantino's latest film the more secure i feel about it. I don't want another Charles Manson film, especially from Tarantino who will handle with limited sensitivity.

I will watch both Avengers and Stars. Hoping better from Star Wars as the latest two are among my least fave.

We match up on the last two! I love Tarantino but I don't know about this one. It feels really weird having Sharon Tate as a character when he could've just had a original one inspired by her. I just think his nature might not be suited for it? I'll have to wait and see

Look forward to E9. I hope JJ Abrams can get the series back on track as The Last Jedi was merely okay.


3 other films I'm anticipating:
63 up (Michael Apted)
Toy Story 4
Triangle of Sadness (by the director of The Square)

@Myerla-Tarantino I'm aware isn't for everyone but he's one of the few filmmakers who can create an event. Tarantino isn't a sensitive individual but he's not an extremist.

@Brittani-I'm still on board as I'm a big QT fan as I'm sure he'll do something different.

@Chris-I'm still one of those that really liked The Last Jedi as your other picks are films I'm interested in seeing as I have a bunch more films that I want to see.