For the 20th week of 2019 as part of Wandering Through the Shelves' Thursday Movie Picks. We venture into the simple subject of letters. Yes millennials, before there was texting. There was a thing that allowed us to communicate with others through writing letters as I’m sure there’s some that still do that because we don’t want to be controlled by the evils of texting. Here are my three picks: 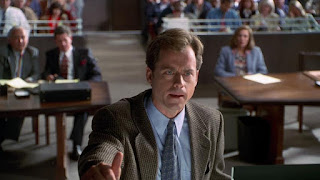 Garry Marshall’s 1996 comedy-drama is an underrated gem as it revolves a con-artist who takes a full-time job by working at a post office so he can avoid going to jail where he reads a letter addressed to God. Starring Greg Kinnear as this con artist who takes a job working at the post office, it’s a film that does have heart where he reads these letter addressed to God as he and several other workers at the post office decide to answer these letters and help some people out. 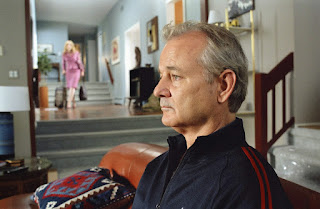 Jim Jarmusch’s 2005 film revolves around an aging Don Juan who receives a mysterious letter from a former lover revealing he has a long-lost son prompting the man to go on a road trip to find the letter and who might be the boy’s mother. It’s a film that is a part road movie but also a character study of this man played by Bill Murray dealing with past lovers and the idea that he might have a long-lost son where is aided early in the film by Jeffrey Wright as his neighbor who aspires to be a detective and gives Murray maps to his different destinations. Featuring a great soundtrack and an ensemble of women including Julie Delpy, Sharon Stone, Jessica Lange, Frances Conroy, Chloe Sevigny, and Tilda Swinton. It’s a film that is surprisingly accessible from someone as offbeat in Jim Jarmusch. 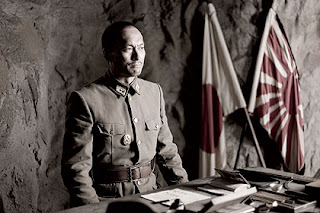 The second of Clint Eastwood’s World War II films about the Battle of Iwo Jima tells the story from the Japanese perspective as it play into soldiers writing to loved ones about their experience with war. It’s an unusual take on a war film as it’s often said that history is written by winners which I think is false. Eastwood would show a Japanese regiment at the island of Iwo Jima getting ready as they prove to be just as sympathetic and as human like the Americans. It’s not a typical war film but the usage of letters showcase some of the downsides of war as it shows men who are just fighting to survive rather than fight for a futile cause.

I don't think I've seen it since its release but I did enjoy Dear God. I'm a Greg Kinnear fan and he was quite good in the lead.

Letter from Iwo Jima was fascinating and at times sad but worthwhile.

Haven't seen Broken Flowers. Despite the cast I've always put it off.

A terrific subject this week as far as choices go. The first I thought of Letter From an Unknown Woman I'd used before but it was easy to find three more that I liked.

A Letter to Three Wives (1949)-Three well to do suburban wives (Linda Darnell, Ann Sothern and Jeanne Crain) are preparing to chaperone a children’s outing to an island picnic when they receive a letter from their mutual fremeny Addie Ross that she won’t be joining them because she’s left town and in so doing has taken one of their husbands with her. Cut off from the world for the day each wife reviews her marriage wondering if she’s the one now husbandless. Incisive look at personal relationships was nominated for many Oscars (and should have garnered a few more) and won best screenplay and director for Joseph Mankiewicz.

This was one of my selections for Dell’s Girl Week a few years back.
https://dellonmovies.blogspot.com/2016/11/girl-week-2016-letter-to-three-wives.html

The Letter (1940)-The film opens on a pan of a sleepy night on a Malaysian plantation when the peace is shattered by a gunshot. A man stumbles out of the house and down the stairs followed by a woman (Bette Davis) emptying her revolver into him. She tells her husband and the law that the man, a family friend, was attacking her and maintains her innocence throughout a trial but suddenly the dead man’s Eurasian wife sends word through an emissary that she possesses a letter that holds secrets. Top notch drama contains one of Davis’s best, most contained performances guided by William Wyler.

The Kremlin Letter (1970)-An unauthorized letter is sent to Moscow alleging the U.S. government's willingness to help Russia attack China. Former naval officer Charles Rone (Patrick O'Neal) and his team are sent to retrieve the missive. Going undercover they successfully reach out to Erika Kosnov (Bibi Andersson), the wife of a former agent, now married to the head of Russia's secret police (Max von Sydow). Their plans are interrupted, however, when their Moscow hideout is raided by a cunning politician (Orson Welles). Decent cold war thriller directed by John Huston loaded with familiar faces including George Sanders and Max von Sydow.

I've seen parts of Iwo Jima but never all of it in one sitting. Eventually I'd like to get to that. I've heard really good things about Broken Flowers but haven't seen that either.

I haven’t seen any of these but your third pick is on my watchlist already and the Murray one sounds worth watching.

I have seen Letters to Iwo Jima and it is excellent. I haven’t seen the other 2 but the one with Bill Murray sounds intriguing

@Sonia-Broken Flowers is a great film but it might be a little too offbeat.

@Birgit-Broken Flowers is a strange road film of sorts but it is compelling where a man faces his past and the lovers in his life.