Thursday Movie Picks: Movies You Have a Different Opinion on After a Re-watch

For the 19th week of 2019 as part of Wandering Through the Shelves' Thursday Movie Picks. We delve into a subject based on my own suggestion which is about films you saw before but would have a different opinion after seeing it the first time. Re-watches are important where it allows someone to watch a film they’ve seen before either out of enjoyment or to miss something one didn’t see the first time around or in previous viewings. Then there’s films where you probably liked or didn’t like the first time around but then would watch it again and feel differently about it. Here are my three picks: 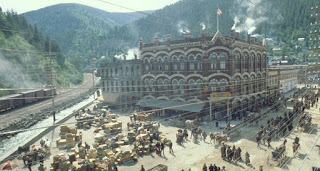 I first saw the film in 2005 on IFC (then the Independent Film Channel) which was showing films that had an impact on one of the very first cable channels that is Z Channel. My initial opinion of the film was mixed where I felt the film had some problems in its narrative and motivations. Yet, I found myself unable to not watch it again as it intrigued me. Then came the 2012 restoration version of the film as while it still has some flaws, it is a film that has this grand vision that isn’t seen often in films as well as tell a fictionalized story of a real-life event that not many Americans know about.

2. Indiana Jones & the Kingdom of the Crystal Skull 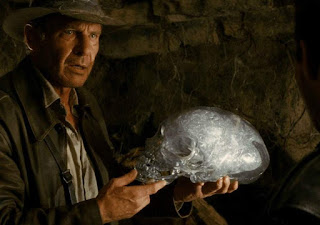 I wish I never saw this film and I wish I had my money back as well as get a time machine to tell my younger self to not go see that fucking film. Back in 2008, the idea of seeing Indiana Jones kicking ass was just fun as I had never seen Indy on the big screen. When I saw it, I was more wrapped in the nostalgia element while I was in denial over some of the silliness that had happened. After watching it, I was saying to myself that it was a good movie. Months later, I would watch it in my head and began to question whether or not I really did enjoy it. I don’t remember when I re-watched it but I do remember finding myself not enjoying it all. I hated the visual effects, Shia LaBeouf’s Mutt character was really annoying, I started to not like the look, and some of the other things. Eventually, I realized how bad it was and I’m now convinced that this is the worst film Steven Spielberg has done. I’m angrier at myself for thinking it was good as I realized that I should’ve known better due to the fact that it was co-written by George Lucas. 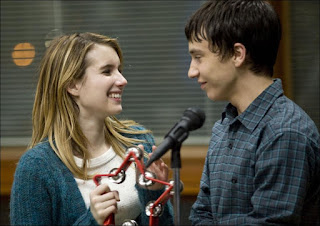 I first saw the film in 2011 on HBO as I didn’t think it was that great as I was distracted by how light-hearted and twee it was for me personally. A year later having gone through my own issues with mental illness and being hospitalized for a few days and having re-watched the film recently. I realized how spot on it was in this story of a teenage boy checking into a mental hospital and the struggles he was going through. It is a comedy-drama but it still explored the anguishes and issues that people have with the world and the break that they need to deal with these overwhelming issues.

I never bothered with Indiana Jones and the Crystal Skull, since I knew I wasn't going to like that movie, even though I enjoyed Temple of Doom. But I need to rewatch Temple of Doom someday to see if the movie holds up now.

I felt that Crystal Skull denial too lol. I Liked It's Kind of a Funny Story but I kept getting distracted by how easily they were able to sneak out of a mental heath facility to go to different parts of the hospital.

Nice picks! I wanted to like Crystal Skull when I first saw it too, but it wasn't long before afterwards where I vehemently couldn't stand it like a lot of other fans. I'm cringing at the thought of a fifth film that Disney won't let go of.

I really need to check out It's kind of a funny Story, that one sounds very intriguing!

I still need to see Heaven's Gate which was such a huge flop that it bankrupted the studio. It is now considered a much better film than critics gave it back in the day. I hated the Crystal Skull and so agree with you about The bratty kid. I laughed and rolled my eyes at Jones surviving a nuclear blast, being hurled far away and coming out of the fridge with nary a bruise. I love Cate Blanchett but she must have been watching Boris and Natasha cartoons from Dudley Do-Right. I haven't seen the last film but I am intrigued and, considering, you have gone through your own hell, you must have a much better impression of films and can relate (or not) to some films. Kudos to you for your courage!

The only one I've seen is It's Kind of a Funny Story. It was just ok for me, don't remember much about it now. It is based on a book and I think it was inspired by the writer's own experience in psychiatric hospital. The writer has since died, reportedly by suicide.

@Ronyell-I prefer to pretend that the fourth film never existed.

@Brittani-I know your pain. The stuff with the characters trying to leave the hospital was one of the reason it put me off but my most re-watch made me act kinder towards the situation given my own experiences.

@Katy-I am not looking forward to Indy 5 either. Especially if George Lucas is writing the script.

@ThePunkTheory-I would totally recommend that film if you're interested in the subject of mental illness and how it affects people.

@Birgit-Thank you for the kind words. I would give Heaven's Gate a chance and make sure it's the 2012 restoration version.

@Wanderer-I read that Ned Vizzini had died years ago which is sad.