In the 13th week of 2020 for Wandering Through the Shelves' Thursday Movie Picks. We venture into the world of TV in the form of documentary series. TV programs that focuses on certain subjects and such that are often compelling as well as provide insight into the world that is more about facts as well as what can be seen as fiction. Here are my three picks: 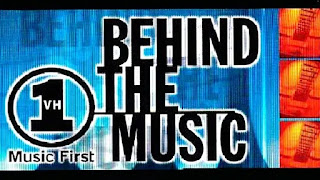 From the late 1990s to the mid-2000s, VH1 (remember when they used to play middle-of-the-road music before they showed crap reality TV?) created a channel that profiled many artists, musicians, and bands through their many ups and downs. Eventually as the show wore on as it featured artists ranging from Milli Vanilli, Leif Garrett, Fleetwood Mac, Quiet Riot, and many others. Many of the stories ended up feeling like the same though some episodes stood out while others ended up being quite terrible. The show ran its course though it did prove to be an inspired choice in portraying the Ghost of Christmas Future in the VH1 made-for-TV movie A Diva’s Christmas Carol starring Vanessa Williams.

Created in the mid-late 2000s from ESPN comes a series that explore the world of sports as it was originally meant to be 30 stories to celebrate the channel’s thirty years. Yet, it would prove to be far more interesting than its creators sought out to be as it ranged from all sorts of topics about the short-lived football league the USFL, Len Bias, the Buffalo Bills and their straight-losses at the Super Bowl, Jimmy Connors’ brief comeback, and many other subjects. Often ranging into different sports and subjects that included a brief spin-off devoted to the Title IX referendum for women’s sports in Nine for IX. The ESPN documentary series continues to delve into many subject matters often for fun or to talk about something serious.

3. Dark Side of the Ring 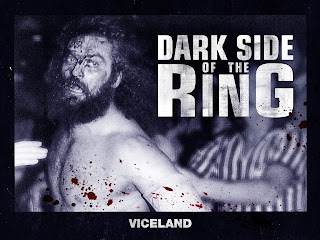 A documentary series from VICE that premiered last year and has just started its second season with a two-part series on the life of professional wrestler Chris Benoit and the unforgivable act he committed when he killed his wife and son and then killed himself in 2007. This series revolves around some of the dark elements into the world of professional wrestling from the murder of Bruiser Brody in the hands of Jose Gonzalez and its subsequent cover-up, the curse of the Von Erichs, the Montreal Screw-job in 1997, the death of Gino Hernandez, the tumultuous relationship between “Macho Man” Randy Savage and Miss Elizabeth, and the life of the Fabulous Moolah. That was all in the first season as each of these stories brought up a lot of discussion about some of these characters as the second season will also include stories about the careers of wrestlers such as New Jack, David Schultz, and the Road Warriors as well as the tragic death of Owen Hart, the mysterious death of Dino Bravo, the infamous Brawl for All of 1998, Superfly Jimmy Snuka and the murder he committed and got away from, and Herb Abrams’ UWF organization and its notoriety.

I've never heard of any of these - such interesting choices!

I used to watch Behind the Music! I started watching The Dark Side of the Ring this week as the Benoit story came up as a suggested video for me on youtube. I watched the Moolah episode as well as that was available on youtube. What Benoit did was so awful and it was such a dark time to be a wrestling fan. I thought they did a pretty good job covering it, though I think it's weird they're pretending that Benoit doesn't have a daughter too. Maybe she didn't want to be a part of it.

I haven't seen any of these

Usually I would say I haven't seen any of these but I haven't even heard of any of them... :D

Behind the Music was great! I forgot all about it.

I have heard about Behind the Music but i don't even know the other 2. I have to look up some of the wrestlers because there are too many who have dangerous issues