For the second week of 2021 as part of Wandering Through the Shelves' Thursday Movie Picks. We go into 2020 releases as it was a really shitty year overall as even cinema took a hit due to the pandemic where many movies didn’t get the chance to be seen in theaters and there’s also a lot of films people missed out on. Then there’s films that just absolutely fucking suck that people need to avoid. Here are my three picks of 2020 films that I hope to never see: 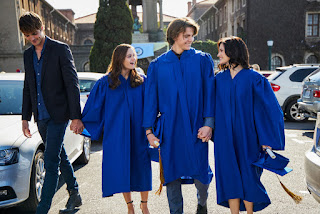 I do like Joey King and I do think she’s a talented actress yet I don’t understand why she takes part in awful films. From her collaborations with Roland Emmerich to this inane franchise of teenage love that doesn’t have any realism nor does it have anything empowering to women. It is about a girl dealing with a long-distance relationship with a guy who is really an asshole as his brother still has feelings for this girl as he is the best friend. The fact that the film is over 2 hours long is just ridiculous. 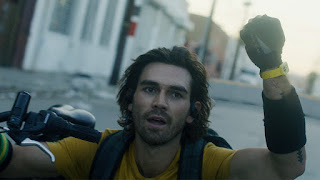 It is bad enough everyone here has to deal with this awful pandemic but a movie about life during a pandemic that is produced by Michael Bay? If it has his name, stay the fuck away from that piece of shit. I’d rather die from COVID than watch a second of his bullshit. It’s a lame ensemble film about people living in the pandemic during a time where people can’t get out and set in a suspense film. You know the film is fucked when the leading role is played by a no-talent pretty boy but it gets worse when it doesn’t do anything. 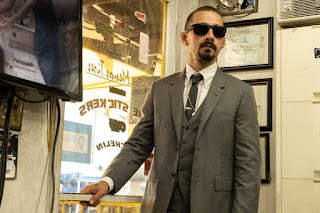 I don’t understand the hype for David Ayer as a filmmaker as I’ve seen a few of his films and I’m not impressed. The fact the guy said “fuck Marvel” at Comic-Con only for Suicide Squad get trashed by the critics and audiences and then having a film like Bright get a worse reception. This film about a couple of Latinos who collect taxes for high-ranking gang members feature Shia LaBeouf as a Mexican with real tattoos. LaBeouf as a Mexican is just ridiculous but the fact that he got real tattoos as a way to be authentic is proof of why method acting has to fucking go. It is a film that wants to be a gritty crime film set in the streets but it ends up being stupid.

I've thankfully avoided all of these. Funny enough, I was just listening to Double Toasted and all three of these were on various Worst lists there too.

Well you already know I made the huge mistake in seeing the dumb Kissing Booth 2. As someone struggling to get my romantic drama feature made (based on the short film I did in 2017), I'm upset rubbish like Kissing Booth gets a green light! "there’s films that just absolutely fucking suck that people need to avoid" You're absolutely right so I'll avoid the other two.

I have avoided this so far - I didn't know some of them even existed - so will happily continue to do so :)

I'm so lucky! Not only I haven't seen any of these, but I've never heard of your second and third picks before.

I'm happy to say, I haven't seen a single one of your picks!

The original The Kissing Booth was only meh. The sequel is god-awful. And yeah, The Tax Collector has lots of issues. Haven't seen your other pick, and I probably won't, lol.

I love your honest writing and channeling Carole Lombard. I will make sure to avoid these flicks. Good ole Shia or whatever is one I don’t hold much for his acting nor his state of mind.

@Brittani-Glad to know you spared your sanity in avoiding some of that shit.

@ruth-It's so unfair that you're trying to get something made that you know has a lot of heart, blood, sweat, and tears that is honest and yet they continue to fund shit like this. It is wrong.

@Sonia-And thank goodness you have made the decision to avoid these shitty ass films.

@ThePunkTheory-Ah, good. You're saving yourself from the horror of shit films.

@Wendell-It's sad you saw those 2 picks but I'm happy you choose not to watch this awful pandemic movie.

@Birgit-Why thank you. I didn't know I was channeling Carole Lombard as I admit to not have seen anything she's in but I hope to do that real soon. Yes, Shia LaBeouf is a piece of shit. He and Jared Leto are reasons why method acting is now a joke.

I've been hearing lots of bad things about the Kissing Booth 2 that I didn't even bother watching it. Same thing with Songbird, especially since it's a film about the pandemic. I mean, why would they make movies about the pandemic when it's still going on?

@Ronyell-It's because Michael Bay is a piece of shit and is willing to exploit this pandemic by any means possible yet he's only the producer in the film but it still has his dirty-ass fingerprints.

I am staying away from allllll of them!