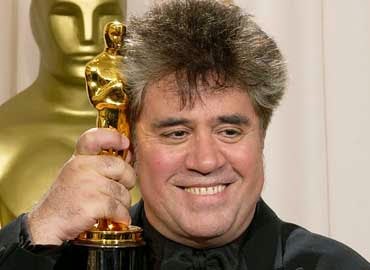 Of the filmmakers to emerge from the post-Franco Fascist-era of Spain, Pedro Almodovar is definitely the most filmmaker, aside from Luis Bunuel, to emerge as he would redefine cinema not just for gays and women but also from a broader spectrum. Coming from this cultural renaissance that emerge from Francisco Franco’s death and then becoming one of the towering figures of international cinema. Almodovar brought in a sense of style and charisma that managed to be daring and dangerous but also managed to appeal to a wide audience that hadn’t encountered gay-and-lesbian cinema nor lavish stories of female empowerment. Even as the openly-gay Almodovar would teeter the line between the absurd craziness of melodrama to the more somber and touching tales of humanity which makes one of the revered figures in cinema.

Born in Calzada de Calatrava in Spain on September 25, 1949, Pedro Almodovar was the son of a rural family as well as one of four children living in a rural town surrounded largely by women. At the age of eight, Pedro was sent to a religious boarding school in Caceres as the experience had a profound effect on him as his family later joined him where his father ran a gas station and his mother ran a bodega. At that town, Almodovar discovered cinema as he saw many films in the local theater from the likes of people like Federico Fellini, George Cukor, Ingmar Bergman, Alfred Hitchcock, and Luis Bunuel. After moving to Madrid in 1967 against the wishes of his parents, Almodovar in the hopes to become a filmmaker despite the closing of the National film school forcing Almodovar to take on many odd jobs and teach himself how to make films.

It was around the early 1970s where Almodovar discovered the films of Germany’s Rainer Werner Fassbinder and the American filmmaker John Waters as both were openly gay and were creating films that were very radical. It was also around that time that Almodovar met a young actress in Carmen Maura as the two were part of this underground movement that was emerging in the final years of Franco’s rule. Following Franco’s death in 1975, the Madrilenian Movement began to emerge as it brought a cultural renaissance back to Spain as it helped inspire a lot of artistry where Almodovar made a lot of short films during that period as he would hone his craft as a filmmaker. Along with Maura, Almodovar would get the help from his younger brother Augustin who would become Almodovar’s right-hand man as he would produce all of Almodovar’s projects. Another figure who would be a constant in Almodovar’s entire work would be editor Jose Salcedo as Almodovar would gain financing to make his first feature film.

The full version of the Auteurs piece can be read at Cinema Axis in 2 parts in part 1 and part 2.

Email ThisBlogThis!Share to TwitterShare to FacebookShare to Pinterest
Labels: pedro almodovar, the auteurs

Almodovar is an awesome film maker. I hadn't thought about it before but I can totally see John Waters influence in his work. Thanks for clueing me in on that front. Great post.

Thank you. The 2nd part is coming soon as Courtney is in the process of editing it. Almodovar is definitely one of my favorites as John Waters was honored to be influenced by Almodovar as he returned a favor by paying a tribute to him in Cecil B. Demented.