Jena Malone: 10 Reasons Why She's the Best in the World 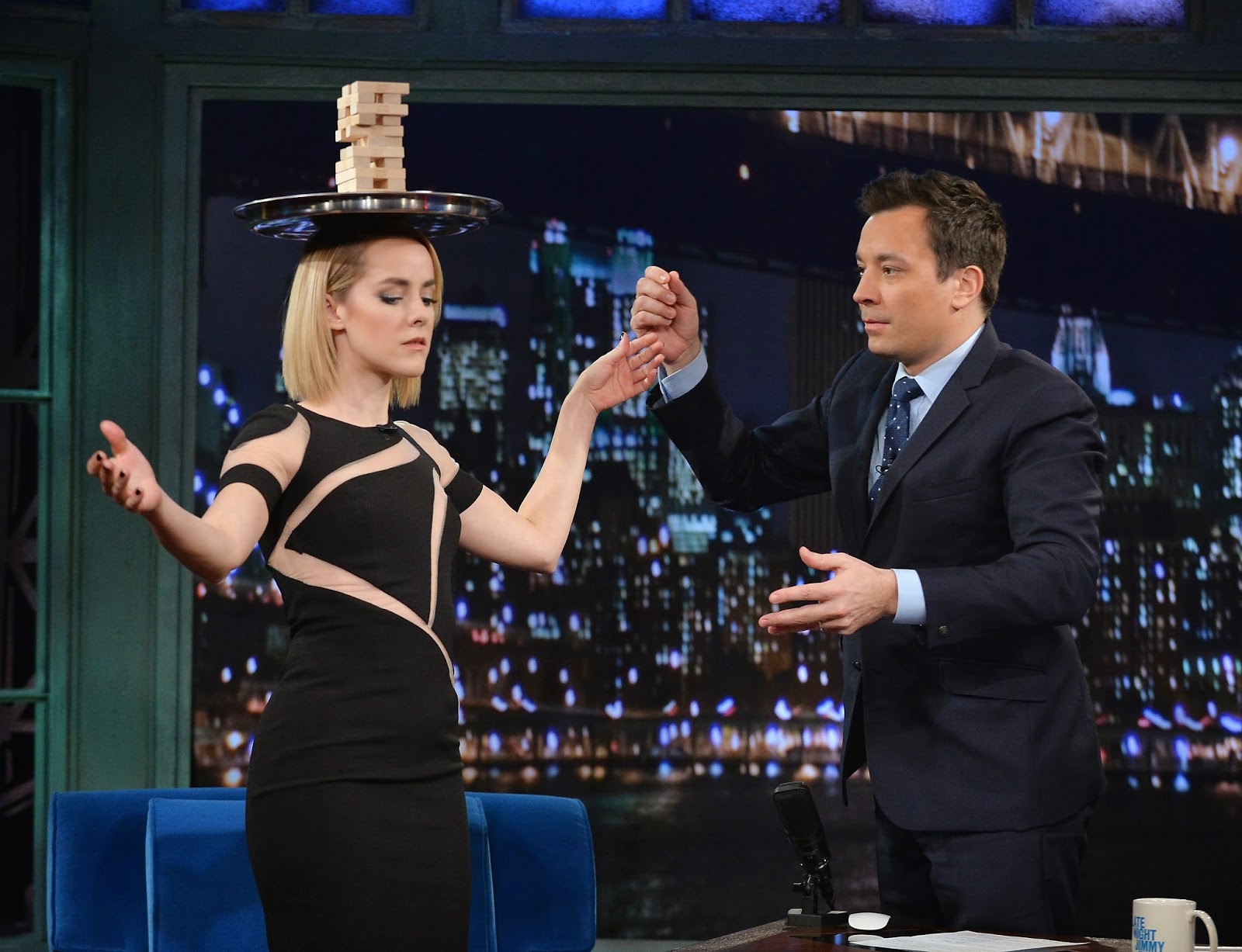 For anyone who has read my blog for the past few years know that I am a massive fan of Jena Malone who is my favorite actress as I would often call her the Best in the World. Back in 2011 in honor of her 27th birthday, I made a list of her finest performances from that point on at the time. Since then, she’s getting more attention for her work in The Hunger Games series while is appearing in Paul Thomas Anderson’s new film Inherent Vice. Plus, there’s rumors that she could be appear in the upcoming Batman vs. Superman film in a role that is undisclosed. Instead of making another list of her best performances, I decided to make a different list about why she is so fucking awesome. So in celebration of her 30th Birthday, here are 10 reasons why she’s the Best in the World:

1. One of the few child actresses who has gained legitimacy as an adult. 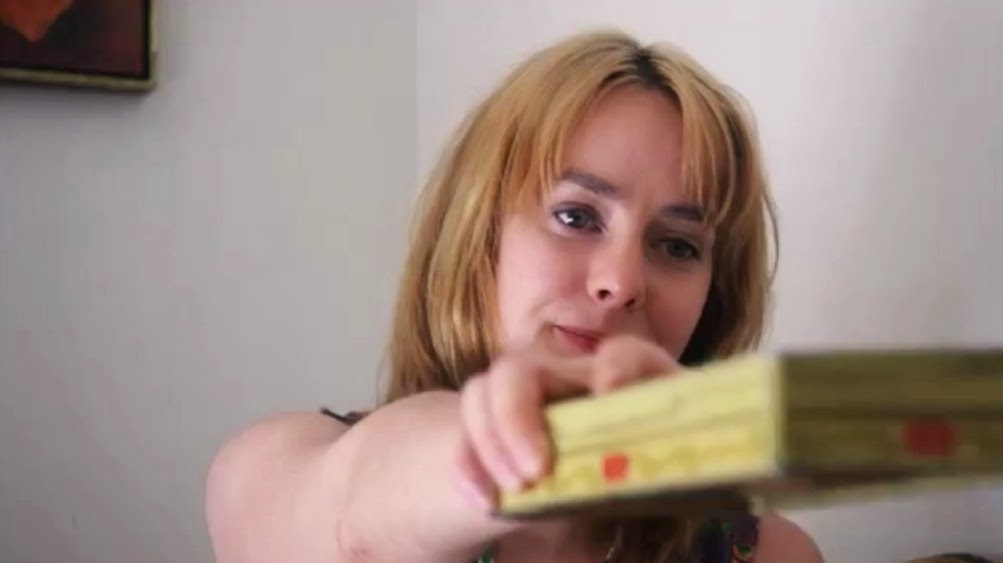 Transitioning from being an actor as a child into becoming an adult actor hasn’t been easy as some managed to rise to the occasion while others are forced to live off their past glory. Fortunately, Jena has been someone that has succeed but not through conventional means. Succeeding early on through films like Bastard Out of Carolina, Ellen Foster, and Stepmom in the late 90s, Jena took her time to transition herself as she would do such offbeat indies like Donnie Darko and The Dangerous Lives of Altar Boys as variations of troubled teenage girls. By doing some indies and a few studio in the 2000s, she gained credibility which then lead to playing age-appropriate roles in films like The Hunger Games: Catching Fire and an Internet short series known as WiGs where she played a mother with a gambling problem.

2. The ability to not be typecast and play all sorts of different characters. 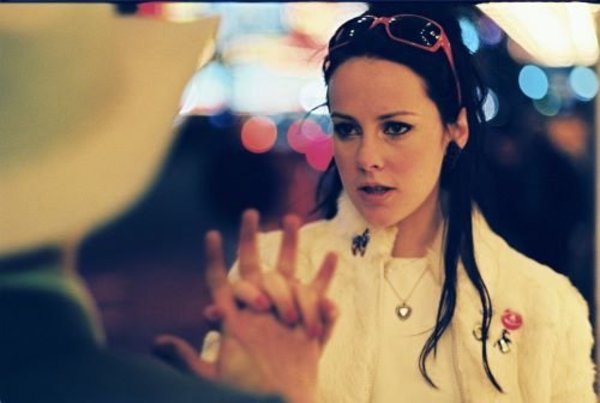 Most actors tend to be stuck in playing characters that had made them successful to the point that succumb to parody. Though Jena is still young, she has managed to cultivate a wide range of performances that has won over audiences and given her a devoted following. While she had played variations of troubled young girls in her career, she has managed to do different things with those roles. Recent performances in films like The Hunger Games: Catching Fire, The Messenger, and the TV miniseries on Hatfields & McCoys showcase that range. Especially in Hatfields & McCoys which shows she can have a very dark edge that will definitely make people uncomfortable.

While Sucker Punch was a film that wasn’t well-received nor made any waves in the box office, Jena was one of the film’s bright spots as she managed to have some scene-stealing moments as she would play with guns and knives while kicking some serious ass. Yet, it is her role as Joanna Mason in The Hunger Games: Catching Fire is where she shows her ferocity by carrying an axe and killing people with no qualms. Her performance as Mason wasn’t just her stealing the show but she is someone that even someone like Katniss Everdeen couldn’t even deal with.

4. She’s sexy and she fucking knows it… 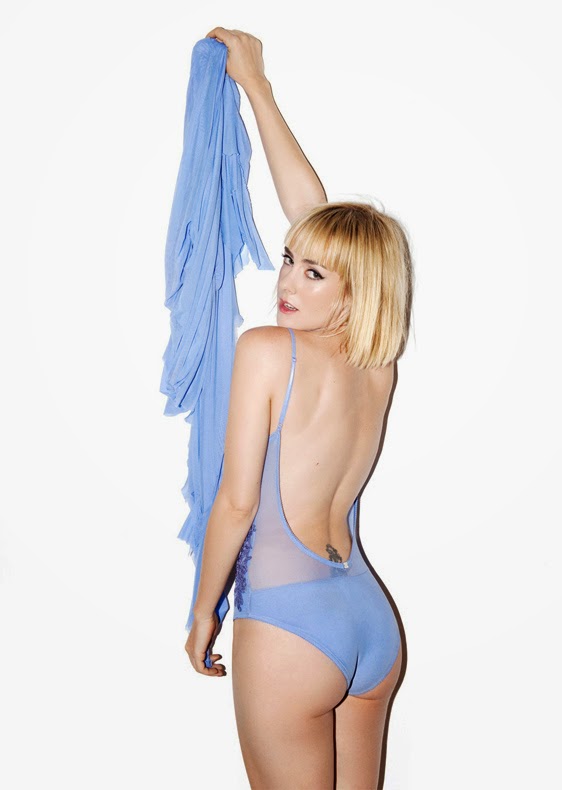 She doesn’t have a model’s body nor does she convey the idea of sexiness from a conventional standpoint. However, the attitude that she displays and her willingness to quite playful and showcase aspects of her body is very damn sexy. The fact that she seems comfortable with her body and feels confident in wearing skimpy underwear while not being afraid to do nude scenes just makes her much cooler. After all, if you’ve got it. Flaunt it! 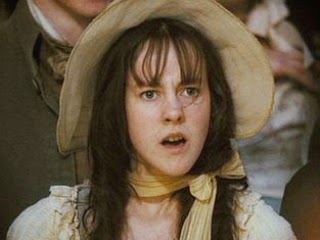 There’s aspects about playing supporting roles that allows actors to do things and often standout. Jena is among those that is very good at where she would have these small moments in film and leave an unforgettable impression. One notable scene that is a favorite of mine in Pride & Prejudice is a dinner scene where Jena’s Lydia character just married Mr. Wickham as she reveals to Keira Knightley’s Elizabeth Bennett that Mr. Darcy was the one who discovered them and paid Wickham’s commission. Elizabeth wants to know more as Lydia makes a line that shuts Elizabeth up and takes a sip of her wine. That’s a moment I can watch forever and never get tired of it. She was like… “my wine bitch!” 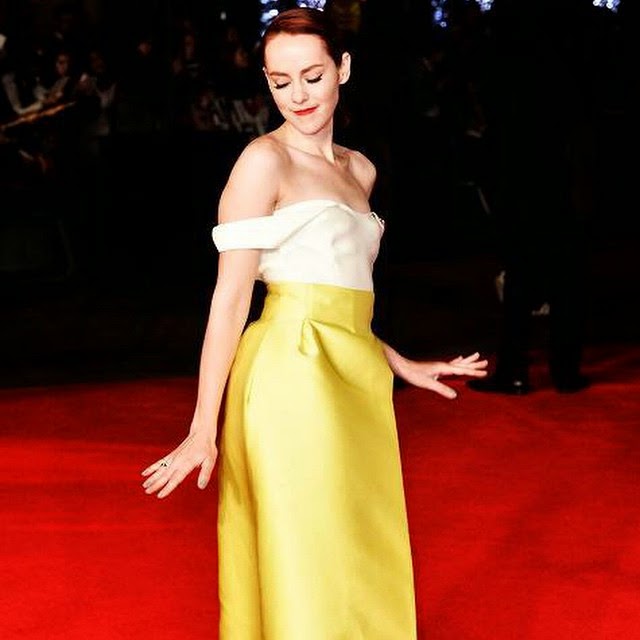 There’s a sense of vanity whenever a film star tries to make it into music to the point that they make fools of themselves. Some manage to do it for fun and not care about people’s opinions. Jena is fortunately part of the latter as her recent project in the Shoe with collaborator Lem Jay Ignacio is very interesting. While it isn’t for everyone, the album It’s Okay I think is an excellent record with some amazing songs. 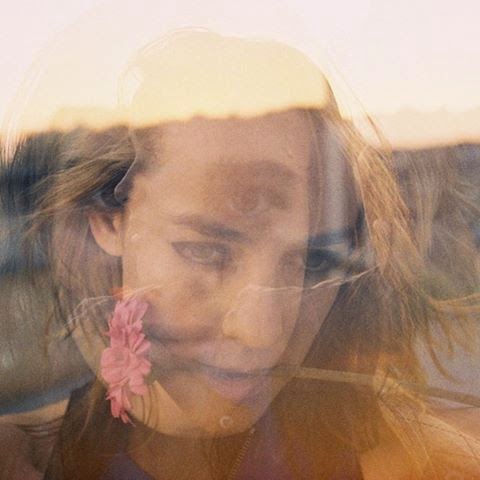 She can act and she can sing. She’s also got a great eye as a photographer as she makes some nifty collages and photos that are very interesting. Some of which has her using some photoshop and other techniques to create something that is abstract. Much of it is in display of her Instagram account yet she also has a Tumblr page that she uses as her work as a photography I think is just superb.

9. One of the more interesting people on social media. 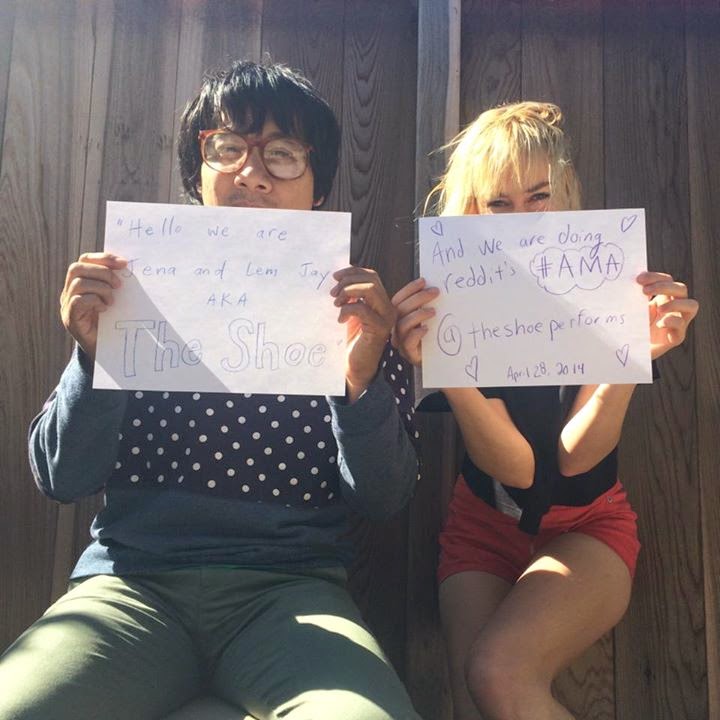 I don’t have a Twitter nor a Facebook account but she is definitely the one person I follow where she would often have interesting things to say. Her posts are often funny as well as touching whether it’s about aspects of her personal life or stories that she creates. Plus, she proves to be a very cool person who does respond from time to time. Here is her Twitter page.

10. Her aspirations to become a filmmaker.

While she lists herself on her Facebook page as an actress, musician, and a photographer, she also lists herself as a director. While she’s only made a few short films so far. They definitely show promise as it’s more about visuals and doing something that is more in tune with what she wants to do personally. Though it’s been some years since she last directed a short, it is clear that she has an eye for celluloid. 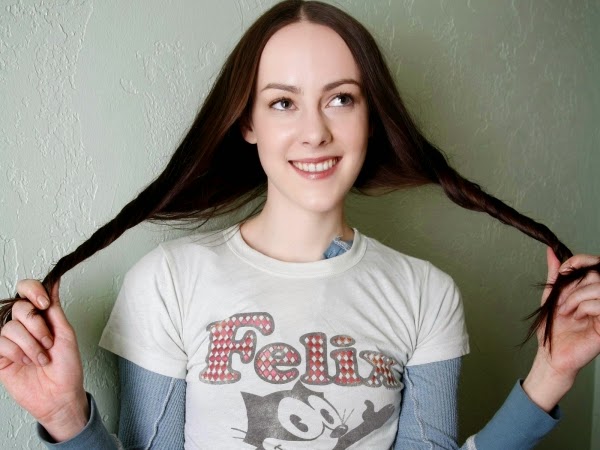 Well, that is all. So as one final note. Here is a birthday song courtesy of the Ramones.

(For those that didn’t get the armbar joke, watch this clip and fast-forward to 6:12)

Yasss! I love Jena Malone. She's severely underrated. She constantly gives great performances and Bastard out of Caroline was such a tough film for a kid, and she sold it. Easily one of the best child performances of all time.

"She has yet to work with Scarlett Johansson in a lesbian-buddy film."

I'd pay good money to see this one!

She is awesome, definitely the best thing about this Hunger Game bullshit

@Brittani-Totally. She is one of the best. I just love a lot of the things she does.

@Sati-I would pay anything to see that. Hell, I have an idea for the two to do some hot lesbian action. I heard she's only in the new Hunger Games film for 2 minutes. That's not worth paying $7 for. Fuck that. I'll just wait for the film on TV and wait for the next part.

A woman of many talents! Didn’t realize she has been acting for so long. I know her mainly from her memorable turn in The Hunger Games. I love the colors in His Gorgeousness video. Mouchette is indeed a powerful film, and in my top 100.

@Chris-That's why she is the best in the world. She can do so much and be cool about it while not being smug about how talented she is.

I'm glad she's finally breaking out, I've been a big fan of her's since Stepmom. Sucker Punch was awful but I thought she gave a very moving performance in that.

@Lights Camera Reaction-She was one of the highlights of Sucker Punch as I thought the film should've been more about her and Abbie Cornish's character.

@thevoid99 Jena is absolutely my favourite actress and she's a natural and wide-ranged. I've seen all HG movies now but i'm a pissed about her screen time, it's too small despite she was an important ally to Katniss. Part 2 was cut off too soon, no Joniss scenes and i don't understand why Francis reduced the runtime with more than half an hour cause if he didn't the plot ending could be so much better, this is a major letdown for me.

@Ernest-That's why I'm not seeing the second part until it comes on TV. I'm not wasting $6 at a morning screening to see this when there's many other films that I want to see.

@thevoid99 I understand you don't want to see it but a movie with Jena in it must be seen by me. It's such a shame he did that, it's the Grand Finale for Christ' sake. This prediction of mine has come out. I don't think there will be a Director's cut with deleted scenes being put back cause i recall an interview with Francis where he said that there will be maybe 1 or 2 deleted scenes so very unlikely. I've also heard that Suzanne Collins wanted it this way and he listened to her but she is a writer not a filmmaker. So this was a totally wrong decision of Francis to go along with that.

@ernest-It's probably studio politics and such as well as what these people want in the franchise. I don't think Francis Lawrence has the power to do a director's cut since he's not really a big deal. After all, I don't really care at this point as I'm over these YA film franchises. At least Jena got a big payday and can do more interesting things. Plus, let's not forget that she is a better actress than J-Law.

@thevoid99 Well The Hunger Games are over and i must say that JLaw did a good job being Katniss, she is a talented actress and can do great things, she's the star of Hollywood now but i think that both are in the same range of talent. The fact that JLaw won an Oscar is due to her choice of movies, she picks protagonist roles of movies which are popular to a general audience in contrast with Jena's choice. This is the fact that Jena stays under the radar. THG-franchise is actually the 1st movie where people get to know her a bit but in general Jena lives in the world of side characters but this is what she wants and she doesn´t care about it, she wants to feel good as she picks a role and i admire her for that. As a fan i always hope somehow she picks roles from a movie that´s more popular to a general audience and still a good movie. All in all i hope that she's part of Zack Snyder's BvS as Barbara Gordon, she might make a small cameo in this one but hopefully i'll see her back as Batgirl in another DCEU movie, this is a dream of mine.

@ernest-Actually, I'm not too excited about Batman vs. Superman as I've got mixed feelings about Man of Steel. As for J-Law, she is an excellent actress but highly overrated.

@thevoid99 Well i think Man of Steel was a good movie with some flaws in it but overall the CGI and cinematography was great, that is his strength. He has a new and Oscarwinning screenwriter now Chris Terrio so i expect alot from BvS and if Jena is Babs and will have sequencial roles in the DCEU like Amy Adams then i'm a happy man.