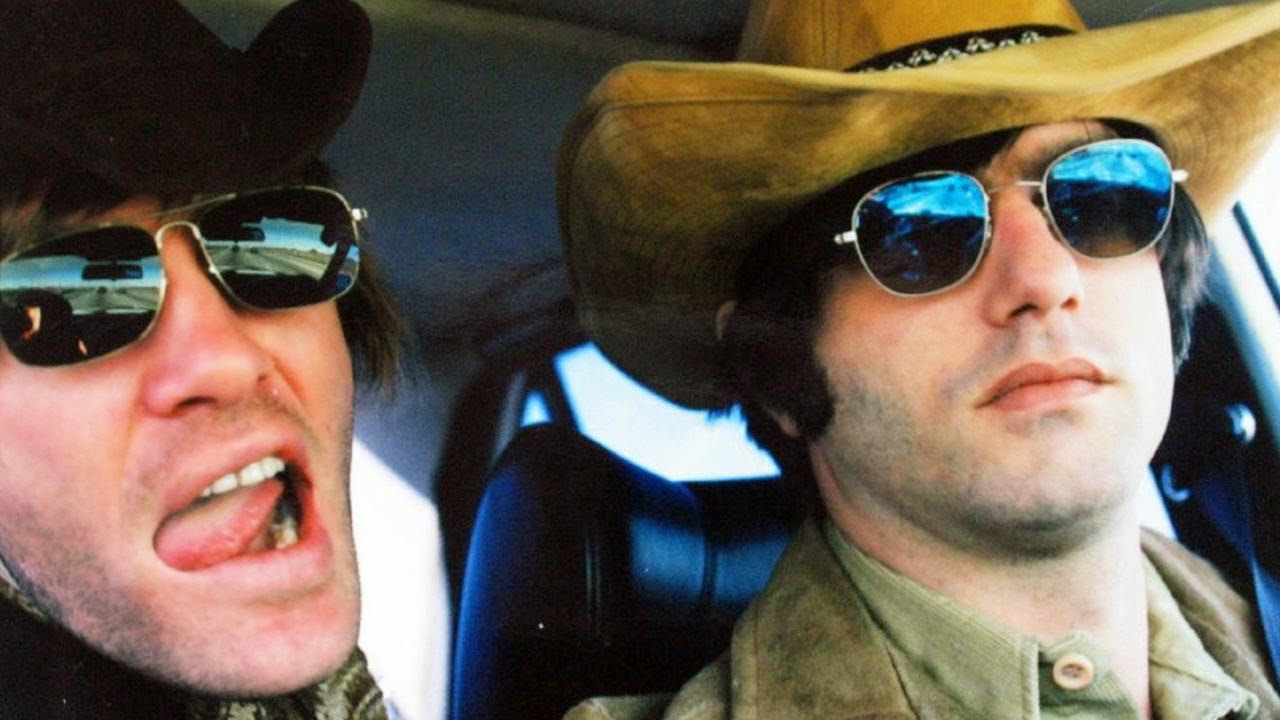 Written, edited, co-shot, and directed by Ondi Timoner, DiG! is a documentary about the diverging path of two bands in the Dandy Warhols and the Brian Jonestown Massacre as they start off as comrades only to become rivals in the mid-to-late 1990s. The film is an exploration of two bands who have a love-hate relationship as it showcases the fate of the two bands including their respective vocalists in Courtney Taylor-Taylor of the Dandy Warhols and Anton Newcombe of the Brian Jonestown Massacre. The result is one of the finest and most chaotic films about the world of underground music and two bands’ desire to succeed on their own terms.

The film is a documentary that plays into the rise of two very different bands who start off as comrades only to become rivals in the Brian Jonestown Massacre and the Dandy Warhols. From 1995 to 2003, the film explores these two bands in their quest to rid of bad music as they both came out of a neo-psychedelic revival as its led by their leaders in Massacre vocalist/guitarist Anton Newcombe and Dandys’ vocalist/guitarist Courtney Taylor-Taylor. While both band had different ideas to their respective sounds, Newcombe and Taylor-Taylor were eager to do something yet the end results have the Dandy Warhols be very successful in Europe as well as remain critical darlings during that time as well as gain modest success in America. For the Brian Jonestown Massacre, the band would endure many problems despite being praised by critics as it relates to Newcombe and his erratic behavior as well as bad luck.

The film is also a unique view into the world of the music industry in the late 1990s before the age of the Internet would bring it down to its knees. Just as both bands were getting some attention, the Dandy Warhols would get a major label deal with Capitol Records which was a major boost but Taylor-Taylor would endure many of the downsides of being in a major label. Especially in his reaction towards the video for the band’s hit single Not If You Were the Last Junkie on Earth by David LaChapelle whom Taylor-Taylor called a diva. The success of that video would inspire the Brian Jonestown Massacre to make an underground hit single called Not If You Were the Last Dandy on Earth in response that would lead to the dissolution of Newcombe’s friendship with Taylor-Taylor.

Director/editor/co-cinematographer Ondi Timoner captures a lot of what these bands would endure where the Dandy Warhols would find some major success in Europe to the point that the band would gain complete independence from the record industry to succeed on their own. Yet, Taylor-Taylor is seen as someone who is happy that he’s success but is also humbled as it relates to the fact that a band like the Brian Jonestown Massacre hasn’t endured that kind of success as he knows how great they are. It’s not just Taylor-Taylor and Newcombe that are interesting personalities as other members of the BJM in bassist/vocalist Matt Hollywood and percussionist Joel Gion are among some of the finest people presented on film.

With the help of co-cinematographers Vasco Nunes and David Timoner, Ondi Timoner captures moments that showcase how the Dandy Warhols were able to succeed and get their heads straight despite a few issues while the Brian Jonestown Massacre would sometime blow their opportunities. Most notably a show where record company executives were to sign them as the show becomes a disaster due to Newcombe’s desire for perfection and his often very demanding personality as the band fights onstage. Another moment that showcases the two diverging fortune of the two bands involve both the Warhols and the BJM being stopped by police officers. The latter of which was in Homer, Georgia where BJM got stopped for marijuana possession. For the Dandys, they would also be stopped for the same thing in France but managed to be let go by giving the cops a few t-shirts.

Through Timoner’s editing and the work of sound mixer Noa Winter Lazarus, the film showcases a lot that can go right as well as what can go wrong. Especially where BJM would sign a brief and ill-fated deal with TVT Records that would add to their already turbulent journey in their search for success. Several members would come and go to the point that some of them would form successful careers of their own like Miranda Lee Richards and guitarist Peter Hayes who would form the Black Rebel Motorcycle Club. For Newcombe, his road to find happiness would be an uneasy one as he does remain the film’s most interesting personality.

DiG! is a wild and captivating film from Ondi Timoner. It’s a film that plays into the path of two bands who start off with the desire to rule the world only to diverge into paths of success and failures. For fans of both bands, it’s an essential film to watch while those new to these acts would find it interesting no matter how dysfunctional it is. In the end, DiG! is a remarkable film from Ondi Timoner.

This is a really great documentary. I find that both of the main guys can be insufferable at times, but it's so entertaining to watch them battle and take such different paths.

@Dan Heaton-I saw this back at the 2004 Atlanta Film Festival where I met the film's director. It's so insane but fun to watch. Especially in someone like Anton Newcombe who is such a diva at times.