For the 2nd week of 2017 as part of the Thursday Movie Picks series hosted by Wanderer of Wandering Through the Shelves. The subject for this week is on the world of fashion. Films about clothes, photos, models, and all sorts of crazy shit as my picks are based on this subject told by three renowned filmmakers. 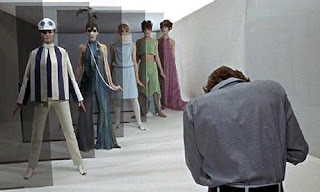 Though the film is about a photographer who may or may not have photographed a murder, it is set in Swingin’ London during the mid-1960s at a time when fashion was the thing. While it is the most accessible film Michelangelo Antonioni made in his career, it still bears many of his visual traits from the way David Hemmings’ would photograph models for a shoot or how he would capture a moment that feels vital and in vogue with the times. 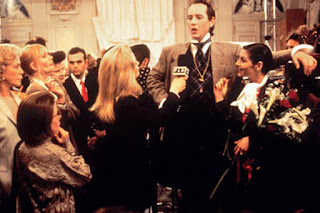 While this is often considered one of Robert Altman’s lesser films in the 1990s, it is one of his most entertaining as it is set during Fashion Week in Paris as it is all about fashion. Featuring an ensemble cast that is just over-the-top with Marcello Mastroianni and Sophia Loren as old-lovers who recreate a famous scene from Yesterday, Today, and Tomorrow to appearances from Kim Basinger as a dim-witted reporter, Tim Robbins and Julia Roberts as rival journalists forced to share a room, the trio of Sally Kellerman, Linda Hunt, and Tracey Ullman as fashion editors trying to meet Stephen Rea’s devious photographer. It’s a mess of a film but a fun mess that is never boring from start to finish. 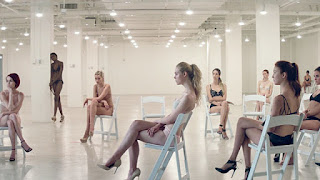 While it might labeled more as a horror film, it does fit in the bill since it is about models and set in the fashion world but in a more cutthroat environment. Nicolas Winding Refn’s film about a young girl whose beauty has gotten the attention of L.A. fashion world as a couple of models feel threatened. It’s a very dark and stylish film that is unquestionably polarizing yet it is quite confrontational about how beauty is seen as it is an important film about the world of fashion.

And now here’s a little bonus as it relates to the world of fashion told by one of the greatest men who is fashion:

Love the differentness of your choices although I might not love the films, at least the two I've seen.

I found Blow-Up to be a bit of a challenge to wade through in parts but it's got a great look and whenever I became too frustrated with it there was Vanessa Redgrave to pull me through. It's nothing I'd run to watch again but I appreciated what it was trying to accomplish.

Sorry I fall more on the side of Pret-a-Porter just being a mess without the fun added in. A shame really, a fun topic and that incredible cast wasted. Sophia and Marcello's segment was the best by far.

Haven't seen Neon Demon but reading the synopsis put me in mind of the Albert Finney film Looker in a skewed way. Have you seen that one. It's not great but neither is it awful. Refn's films don't always work for me but I'll probably check it out.

I bypassed my first two thoughts-The Devil Wears Prada and Funny Face, glad I did now that they both ended up being the titles of the week, and went with a recent doc and two that turn to the darker side of fashion.

Women He Undressed (2015)-Mix of documentary and reenactments tells the story of Australian born Hollywood wardrobe designer Orry-Kelly. THE major Warner Brothers designer throughout much of the Golden Age and a favorite of Bette Davis among others he also designed for films ranging from Some Like it Hot to Les Girls and Casablanca. Covers his often rocky early life-he was seriously involved with Cary Grant before either were famous, working in mob controlled nightclubs etc. though his successes and later struggles with alcohol laced throughout with interviews with those who knew and worked with him including Jane Fonda and Angela Lansbury. Directed by Gillian Armstrong.

The Eyes of Laura Mars (1978)-High fashion photography Laura Mars (Faye Dunaway) is much in demand for her provocative layouts that have a violent often blood splattered tinge. She is climbing ever higher until she suddenly starts seeing actual murders through the eyes of the killer and he seems to be moving closer and closer to her. Stylish, with a theme song sung by Barbra Streisand, but rather sick this provided an early spotlight role for Tommy Lee Jones.

Strip Nude for Your Killer (1975)-Italian giallo film of a leather clad and motorcycle helmeted killer who is wreaking havoc within the Albatross modeling agency systemically knocking off nearly everyone associated with it. Unsurprisingly based on the title full to the brim with nudity both female and to a lesser degree male as well grisly knife killings all in gaudily lit 70’s colors. A definite precursor to the slasher film craze that swept American films a few years later this bloodbath is set to a striking jazz score.

Pretty much all of Refn's work is polarising, in my book that makes for a good filmmaker. He generates discussion and people always get a reaction from his films whether is very negative or very positive.


I like your first pick, I think its the film with the tennis sequences with the imaginary balls or am I getting mixed up?

Man, I still need to see Neon Demon. I really need to see Blow Up, too. Been meaning to for a while.

The Neon Demon gave me an ambivalent feeling. I love how it depicts the fashion industry, but I will always mention that it sticks to the principle that: beauty isn't everything, it's the only thing. They take it literally.

Great picks here, Steven, though my first thought when I saw this topic is The Devil Wears Prada. I'd probably include Coco Before Chanel as well as it's a film about a fashion icon.

I have wanted to see Blow Up for so long now so that's another on my list to see. I would like to see the Altman mess as well but I will pass on the third one. Love this song by Bowie!

@joel65913-I thought about putting in The Devil Wears Prada but I realize that is way too easy. I realized I have to do something different and play more into my own tastes. I like your choices as Eyes of Laura Mars is of great particular interest because it's written by John Carpenter. I haven't heard of Looker but I'll check it out.

@Myrela-No, you're correct. It is the right film that also features an appearance by the Yardbirds that featured future guitar legends Jeff Beck and Jimmy Page.

@Wendell-Blow-Up is finally coming out on Criterion as it gave me the excuse to get rid of my other DVD because the sound in that one is shit.

@Paskalis Damar-The Neon Demon is indeed a polarizing film but those are the films that tend to last as I knew it would be a very odd choice.

@ruth-The Devil Wears Prada is often the first choice as I thought about doing that but again, it's too easy. Coco Before Chanel is a film I like a lot but it didn't come across my mind.

@Birgit-Blow-Up is a must-see as it's finally coming out on DVD/Blu-Ray in late March from the Criterion Collection. Pret-a-Porter might be minor Altman but minor Altman is still better than a lot of other people's films. As for The Neon Demon, it's a very confrontational and dark film but definitely has a lot of truths about the fashion industry.

I haven't seen any of these, but Blow Up sounds interesting.

Excellently written post. I haven't seen any of these films, which is pretty shameful. I must get my ass into gear and watch them. Your detail is second to none and I enjoy talking with you,

@Sonia Cerca-See it. It's essential in the world of cinema as well as the most accessible film by Michelangelo Antonioni.

@vinnieh-See them now! I am your guide to high art cinema but also have a fondness for good low art cinema. I just love film.

You most certainly are well versed in cinema that must be said.

@vinnieh-Well, if you love something. You really got to know your stuff.

Ah!! Yes The Neon Demon - excellent pick! I can't believe I forgot about it in terms of fashion. I think of it as horror now, great film. In fact great picks all round.

@Katie Hogan-Thank you. It maybe more of a horror film but it is set in the world of fashion.

I haven't seen any of these. Neon Demon I've heard about at least simply because it is the latest and there was a lot of buzz about it, but the other two are completely new to me.

@Wanderer-You've never heard of Blow-Up? Wow, you've got a lot to watch and learn because that film is a very important one. Not just for capturing the world of fashion in the 1960s but would also be very influential in the surveillance genre. As for Pret-a-Porter, it might be a minor Robert Altman film but it's a fun one.