For the fourth and final week of October 2017 as part of the Thursday Movie Picks series hosted by Wanderer of Wandering Through the Shelves. It’s the final part of the Halloween edition as we venture into the world of television into horror-based TV shows. Shows that would often bring in scares or all kinds of weird shit. Here are my three picks:

1. Tales from the Crypt 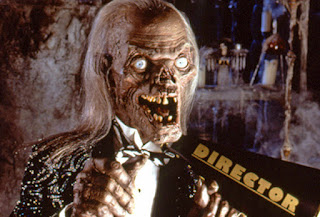 From HBO is a horror show that has a very dark sense of humor but always feature some damn good episodes. Whether it’s from the likes of great filmmakers like William Friedkin, Tobe Hooper, Richard Donner, and Robert Zemeckis or actors like Tom Hanks and Arnold Schwarzenegger directing episodes. The show always had something that is offbeat whether it’s Joe Pesci trying to win over twin girls by pretending to be a twin or an old guy trying to be young to win over Kelly Preston but lose her in an ironic way. It’s a fun horror show that needs to come back as well as the Cryptkeeper who is always a joy to watch. 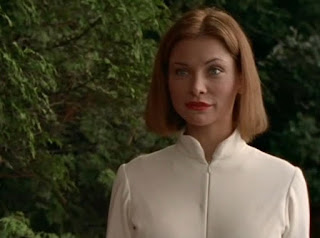 From Showtime is a mid-1990s revival of the famed show from the 1960s for a new generation with some nudity and violence. Yet, it is still an interesting show that was quite out there as it went on for seven years as it often had an abundance of talent with actors such as Beau Bridges, Thora Birch, Natasha Henstridge, Alyssa Milano, Marlee Matlin, and many others appearing in weird episodes. It’s a fun show that unfortunately went on for too long and just became another show.

From HBO is another popular horror show that had an amazing five seasons but once creator Alan Ball left the show after five seasons. It became a very different show and one that no longer became interesting. It’s about a telepathic waitress who falls in love with a vampire who had saved her as she learns about this world where humans and vampires sort of co-exist in an uneasy truce. It’s a show that is a lot of fun mainly due to the supporting cast that include Alexander Skarsgard as Eric Northam. Yet, that supporting cast that included the recently-departed Nelsan Ellis weren’t able to make the show interesting again during the sixth and extremely-unwatchable seventh season.

We match on Tales and True Blood! I hated TB's 5th season. I hated how they took an interesting concept like the AVL and made it boring. I hated that they brought Tara back from the dead. I hated Nora and thought her story made no sense with Eric and Godric's history.

The only one of these I watched with any kind of regularity was True Blood and that was only for the first three season then I lost interest. I've seen several episodes of Tales From the Crypt but never kept up with it devotedly from week to week. I watch a bunch of the original Outer Limits shows but never the update.

As with all horror serialized scares aren't something I seek out but there have been some shows that have engaged me enough for me to stick with them. These are three of those.

Dexter (2006-2013)-Dexter Morgan (Michael C. Hall) is a highly respected blood splatter expert with the Miami police department. He seems a little odd and secretive but his co-workers including his sister Deb know that in his past he had some traumatic experiences so they allow him some space. Thing is Dexter has a sideline that keeps him pretty busy off hours…he’s a serial killer who only pursues the evilest of men & women and disposes of them without a trace. Dark, dark comedy that intermingles gallows humor with gore, its absurdist viewpoint is greatly enhanced by Hall’s performance in the lead.

Kolchak: The Night Stalker (1974-1975)-Weathered persnickety Chicago newspaper reporter Carl Kolchak (Darren McGavin) seems to have a real knack for stumbling across bizarre often ritualistic seeming deaths. Turns out that’s because Chicago is apparently a hotbed for every sort of supernatural being, witches, vampires, zombies etc. imaginable. Kolchak usually get to the bottom of each case but somehow can never quite make a believer out of his editor Tony Vincenzo (Simon Oakland). One season series originated with two highly rated TV movies (the first earned a 54 share!), was stacked with familiar faces and had a twisty sense of humor mixed with its horror. The studio however never quite figured out how to market it and buried in a bad time slot.

Night Gallery (1970-1973)-Second anthology series by Rod Serling isn’t quite the masterpiece The Twilight Zone was but had many original memorable episodes. Unlike the original this usually contained two or even three shorter vignettes that leaned more often towards horror and the supernatural than science fiction. Thought neither as well-known nor as critically respected as the first it did create several famous episodes including “Green Fingers”, “The Diary”, They’re Tearing Down Tim Riley’s Bar”, “Silent Snow, Secret Snow”, “Caterpillar” and “Whisper” starring a very young Sally Field among others. Originated with a TV movie that provided Steven Spielberg with his first directing gig in an episode starring Joan Crawford.

Never heard of Tales from the Crypt, but it sounds cool.

Ah, True Blood. I try to remember how great the first few seasons were, because it really got off track. Still, never could stop watching it!

I used to love Tales from the Crypt. Should've picked it myself. Great call by you.

I’ve seen a few episodes from Tales from the Crypt after I gave it a chance. The stupid ghoul who was the narrator made me not want to see it. I was actually surprised how good it was and wish I would have seen more. I have seen a few episodes of The Outer Limits but still like the original better. I have never seen True Blood but it sounds like some executroids got a hold of it later on.

I didn't know the 90's Outer Limits ran for so long. I think I only saw the first few seasons and I remember some of the episodes were really creepy.

@Brittani-I didn't like having Tara come back either. It was dumb. I didn't like the stuff about Bilith at all as that turned me off which is why I didn't watch the final season. Thank God.

@joel65913-Dexter I'm familiar with though I heard the way it ended sucked.

@Sofia de Costa-True Blood was a good show and then they fucked it up.

@Wendell-I love that show as it was funny as fuck.

@Sonia Cerca-Just watch the first four seasons but everything else after that is shit.

@Birgit-The Cryptkeeper was awesome. He was so funny. True Blood did falter because of executives and creative as it ruined the show and made the leads more unbearable.

@Wanderer-I only stuck around for the first few seasons and then just moved on.