For the third week of 2019 as part of Wandering Through the Shelves' Thursday Movie Picks. We focus on the year before as it relates to films that were released in 2018. It’s been a whirlwind year although there’s been several films that played in film festivals that have yet to be seen. Here are my three picks of recent 2018 films that I think audiences should seek out: 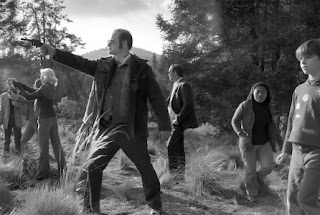 Alfonso Cuaron’s intimate tale of the life of a middle-class family in Mexico City told from the perspective of one of its maids is a very touching and gorgeous film that definitely deserves a lot of the praise it’s been getting. While it is clear that it’s not for everyone as it is long and doesn’t aim for conventional shooting styles in favor of lingering long shots. There was something about the film that appealed to me personally where I found myself looking back at my own childhood during my visits to my parents’ home country of Honduras. That air of nostalgia I think was what sealed the film for me as it definitely played into those sensibilities as it’s really the kind of film that fans of Andrei Tarkovsky, Federico Fellini, and Carl Theodor Dreyer would enjoy instead of casual filmgoers.

2. If Beale Street Could Talk 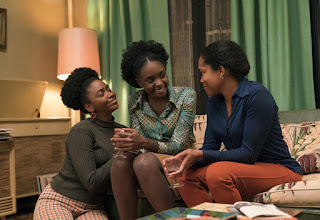 A film I just saw this past weekend is definitely proof that everything that is said about Barry Jenkins is indeed for real. This is a man with immense talent as well as being a storyteller that is willing to go into places not many are willing to go into. While the film is sold as this love story between a young woman and a young man in early 1970s Harlem as the latter is in jail for a crime of rape he didn’t commit. It’s so much more than that as it is a film about family as well as the need to keep a family together no matter how bad things are as well as what they have to do to make things right. It’s a film that should be seen by a wide audience and it’s not just because it’s a compelling story. It’s a film that offers so much more and with the buzz for Regina King’s supporting performance as the young girl’s mother. There’s a damn good reason why she’s getting a lot of deserving accolades. 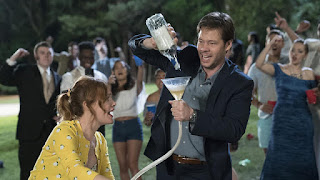 This was a film I saw late towards the end of the year as I didn’t think it was going to be anything exciting but rather a good and watchable comedy. Instead, it’s a film that ended up exceeding all of my expectations and more in ways I couldn’t imagine. It’s a comedy that has gross-out moments as well as scenes of three adults in awkward situations but it’s got heart. Ike Barinholtz, Leslie Mann, and John Cena are actually great in this as these parents who are shocked by this pact their daughters made to lose their virginity on senior prom night. In the hands of other filmmakers, it would’ve been gross but Kay Cannon manages to hit all of the right notes and more while giving audiences a film that is funny but also a film that cares about the characters.

I was also pleasantly surprised by Blockers. Way better than I expected. Haven't watched the other two yet, but I will certainly do so very soon.

I really want to see Beale Street, I hope my theater gets it. I caught a few minutes of Blockers on HBO recently and it didn't jump out at me but I'd need to see it in full.

Roma was such a disappointment for me.

Blockers was a fun movie. The other two are on my watch list and I'm hoping to get to them soon.

I would never have guessed you were from Honduras. But having been to a Q & A with Alfonso Cuaron he claimed Mexico was a massively racist place so im not 100% sure nostalgia was his intention, but everyone has different reactions.

I loved Roma, not seen the other two but seeing Beale Street next month.

I have heard the accolades of the first 2 films and would like to see both especially Beale St. I have renewed interest for Blockers because I didn't give it much thought before

If Beale Street Could Talk is releasing next week here. I really hope they'll show it in my city.

I'm yet to see your first 2 picks but YES to Blockers! So underrated.