For the seventh week of 2019 as part of Wandering Through the Shelves' Thursday Movie Picks. It’s Valentine’s Day as it’s all about romantic comedies. The films that guys take their girlfriends to see to see that love can conquer all and also provide some laughs. It’s a genre that isn’t for everyone as it went through a decline in recent years but it has been a genre that would deliver. However, they tend to delve into elements of too much fantasy and not enough reality where it give people false illusions of what love can be. That is why there’s been so many romantic-comedies over the years that have absolutely fucking sucked ass. Here are my three picks of some of the worst romantic comedies… ever:

1. He’s Just Not That Into You 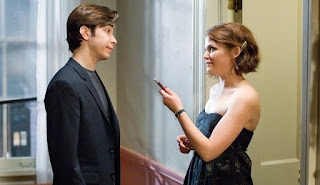 If anyone chooses to make a film based on some shitty self-help book, stay the fuck away from it. It is a horrible film filled with a lot of pretty people acting like morons where the few that seem to realize how ridiculous the film is are Ben Affleck and Kris Kristofferson are just there for the paycheck and were phoning it in. Never was there a film where, with the exception of Affleck, Kristofferson, and Jennifer Aniston, not only did I dislike everyone but I basically could care less about their problems in trying to find love. Even as it portray women as idiots or sluts with men as shit-for-brain know-it-alls or desperately horny. 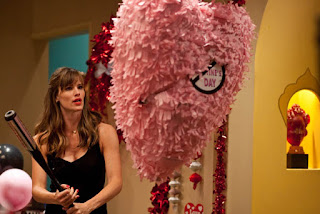 Another stupid film that features Bradley Cooper though in a more tolerable role as a guy Julia Roberts meets as she’s a military officer given a brief time to return home. It’s a film that wants to play into how great this holiday is though it really shows people being pathetic and stupid. We have Taylor Lautner and Taylor Swift as a high school couple who decide to abstain from sex (and we all know how that will turn out for anyone that dates Swift) while Patrick Dempsey is a married guy who falls for Jennifer Garner. We also have recurring Garry Marshall regular Hector Elizondo learning that Shirley MacLaine cheated on him while Anne Hathaway reveals to her boyfriend Topher Grace that she’s a phone sex operator. Ashton Kutcher proposes to Jessica Alba who later have second thoughts and blah, blah, blah. 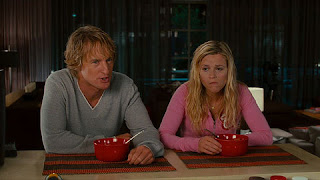 From James L. Brooks comes what is probably not just one of the worst rom-coms ever but also one of the worst films ever made. More importantly, how the fuck did this piece of film cost $120 million to make plus $30 million for its marketing? The salaries that its stars Reese Witherspoon ($15 million), Jack Nicholson ($12 million), Owen Wilson ($10 million), and Paul Rudd ($3 million) were given plus the $10 million salary Brooks is given is insane. Not to mention that it’s got a horrendous story involving a love triangle between a softball player, her douchebag professional baseball player boyfriend, and a troubled executive who is indicted by the federal government over finances that his father committed. It’s a film that goes all over the place and with the exception of Rudd’s character as well as a notable small role from Kathryn Hahn, there aren’t a lot of likeable characters nor people and situations to really be invested in.

Before I bid adieu. Here is a mix of anti-Valentine’s Day songs that I present to all of these people who latch on to these pathetic romantic-comedies. So until then, happy Valentine’s Day dick-wads.

Well that's certainly a way to go! Everybody seems to be doing a theme within theme today and really with the amount of romantic comedies to pick from you have to do something to narrow the field. Yours is a good one.

Yes all three of these are lousy movies the contents of which I've mostly let slip away most willingly. The only really clear memory I have of any of them is the showing of a clip from Hot Spell with Shirley MacLaine when she was young. It was the best thing in any of the films.

I'm a fan of the genre so I have many that I love, though it is dispiriting to run across lemons like the ones you named, and so with so many choices I did a theme too using one of the signature actors of the genre in the Golden Age-Cary Grant.

The Bachelor and the Bobby-Soxer (1947)-Playboy artist Richard Nugent (Cary Grant) appears before Judge Margaret Turner (Myrna Loy) for fighting at a nightclub, after a stern warning she dismisses the charge. That same day, Nugent happens to lecture at a high school, where Margaret's teenage sister, Susan (Shirley Temple), falls head-over-heels for him. Things get complicated when Susan sneaks into and is found in his apartment. Back before Judge Turner she orders him to date Susan as a way of easing her attraction. It only gets crazier from there as Richard (now Dickie) embraces his rediscovered teenhood while finding himself attracted to Margaret and vice versa. Breezy comedy (which won a Best Original Screenplay Oscar) is Shirley’s best adult film with all three stars working at top speed.

Indiscreet (1958)-Theatre star Anna Kalman (Ingrid Bergman) meets banker and diplomat Philip Adams (Cary Grant) when she’s visiting her sister and brother-in-law (Phyllis Calvert & Cecil Parker who steal every scene they’re in) in London. After a brief flirtation they fall in love but Philip is married and things seem hopeless until Anna discovers something that puts everything in a new light. Lush, charming comedy with Cary & Ingrid perfectly matched.

Houseboat (1958)-Tom Winston (Cary Grant) is struggling to raise his three children on his own after his wife's death. He meets the charming and beautiful Cinzia Zaccardi (Sophia Loren) at a concert and hires her as a live-in nanny. Unbeknownst to Tom, Cinzia is actually a European socialite on the run from her domineering father (Harry Guardino) and has absolutely no experience with cooking, cleaning or raising children. The fiery Cinzia and staid Tom butt heads until they discover a shared attraction. Cary & Sophia were seriously involved (and almost married) during filming.

I've seen only your first two picks and I agree, some of the worst rom coms ever made!

I've heard about all of your picks but never managed to see any of them. Really need to change that!

Ugh, I actually went to the cinema to see Valentine's Day...on Valentines Day. It was rammed, and so many couples just talked over the entire movie that it was a rubbish experience all round!

I love that you did a worst list. I've seen parts of He's Just Not That Into You but not enough to make me want to watch more, and I skipped the other two. These are why I don't like rom coms lol

I tried watching Valentine’s Day but it sucked so bad I turned it to Forensic Files. The first film made me want to gag but, I have to admit, I read the book and it made me feel better since I was going through a marital breakdown at the time. I’ll make sure to stay clear from the last one too.

I knew someone was going to go this way. I managed to avoid all of these, as I have heard mostly bad things about them. Sounds like I made some wise choices.

You know, I never hared He's Just Not That Into You...

@joel65913-I think Valentine's Day is a stupid holiday filled with mush and bullshit so I had to go into a different route while providing a mixtape of music that play into the ills of love.

@Sonia-Indeed they are. Horrible films.

@Brittani-Exactly as it's a genre that is hit and miss but mostly misses as it's hard to find a good rom-com these days.

@Birgit-They all suck and I don't think people should take advice on love based on films like this. BLECH!

@Wendell-Indeed and if you and your wife had avoid them. Then it's likely your marriage will last longer.

@Getter-Oh, thank goodness. Don't see it. It's horrible. Even as it features Scar-Jo 3:16 in one of her worst performances.