Against the Crowd Blog-a-Thon 2019 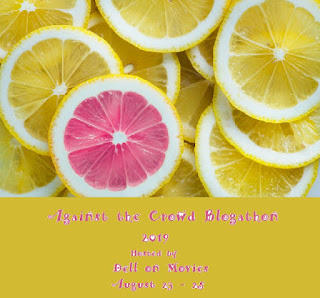 It’s time once again for the annual tradition that is the Against the Crowd Blog-a-Thon which has become this annual tradition every August hosted by Wendell of Dell on Movies. Having been an active contributor to the blog-a-thon in 2015, 2016, 2017, and 2018. I decided to participate once again as here are the rules:


1. Pick one movie “everyone” loves (the more iconic, the better). That movie must have score of 75% or more on rottentomatoes.com. Tell us why you hate it.

2. Pick one movie that “everyone” hates (the more notorious, the better). That movie must have a score of 35% or less on rottentomatoes.com. Tell us why you love it.

4. Use one of the banners in this post, or feel free to create your own (just include all the pertinent details).

5. Let us know what two movies you intend on writing about in one of the following ways: Comment on this or any ACB 2019 post on this site, Tweet me @w_ott3, E-mail me: dellott@yahoo.com.

6. Publish your post on any day from Friday, August 23 through Sunday, August 25, 2019 (tighter schedule this year), and include a link to this announcement. If you’re a podcaster or YouTuber that is interested in participating just talk about your chosen movies during your closest podcast and/or video to those dates and mention that you are taking part in this blogathon. You could also just tweet about it!

By the way, should a movie you select not have a grade on rottentomatoes.com, use a score of at least 7.5 on imdb.com for ones you hate and less than 4.0 for ones you love.

On Monday, the 26th, I will publish a wrap-up post which will include a link to all entries. Now go find some movies to disagree with us on! 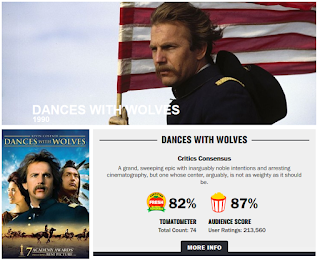 Let’s take Goodfellas out of the conversation for a discussion about this film as let’s talk about the other films that were nominated for Best Picture. Awakenings was a damn good drama that never was Oscar-bait driven as it was a more low-key drama that featured high-caliber performances from Robin Williams and Robert de Niro. Ghost is a supernatural romantic drama that still holds up as a tearjerker as well as being a film that explores grief and making peace with it. The Godfather Part III was definitely flawed in a few bits of the narrative as well as the casting that includes Sofia Coppola as Mary Corleone though let’s be happy that she’s chosen a better profession in the world of film as a writer/director. If Goodfellas wasn’t going to win and would’ve lost to either Awakenings or Ghost, I wouldn’t have a problem with it at all. Then there’s the film that did win the Oscar for Best Picture… ugh…

I first saw the film on TV either when I was 11 or 12 as I found myself bored by it and I felt the title was totally misleading at the time as I wanted to see Kevin Costner dancing with wolves and he never does. Years later as I grasped upon more knowledge on films and had an understanding of storytelling. I found myself baffled more about why this film beat fucking Goodfellas. It’s got nice visuals and some soaring music by John Barry but I found the story to be uninspiring while Costner’s direction doesn’t really do much to make it more compelling. I found myself not really caring for the main character and his changes while there are also elements in the narrative that doesn’t do much to establish the cavalry and their own motivations. It’s a film that is mainly style over substance and I’m also bothered by the fact that the film is considered a western which isn’t exactly true since there aren’t many cowboys nor are there any kind of conflicts involving outsiders or those who are affiliated with the law. It’s a film that hasn’t aged any better and one I still have no desire to revisit as it’s just a total bore. 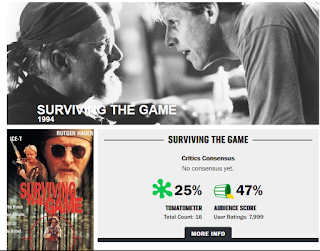 While Ernest R. Dickerson is known mainly for his work as a cinematographer for Spike Lee during the late 80s/early 1990s, he has made a solid career as a filmmaker starting with 1992’s Juice. His sophomore feature in this 1994 thriller about a homeless man who is saved by a mysterious man during a suicide attempt as gives the man a job as a hunting guide. Yet, what the homeless doesn’t realize is that he’s the prey and all of these rich men including a rich man’s son are tasked to hunt him for their own sick game of pleasure. It’s an exhilarating thriller that never takes itself seriously while the premise itself should never work but it does. Plus, to have Ice-T as the prey who has to fend off the likes of Rutger Hauer, Gary Busey, John C. McGinley, Charles S. Dutton, and F. Murray Abraham. What more could you ask? Oh, and there’s William McNamara as Abraham’s pussy son as he’s the one person that is oddly miscast.

It’s a film that doesn’t get a lot of love but it’s so fucking cool. Plus, it has these cool moments with Rutger Hauer leading the charge while Gary Busey does this nice monologue about hunting and in one entire take. A lesser filmmaker would try to cut it and maintain that sense of rhythm but Dickerson is much smarter than that as he knows that if Busey is doing a monologue. Just shoot it in one entire fucking take.

I have never seen Dancing with Wolves. From everything I've heard about it, it doesn't interest me one bit. I keep telling myself I'm going to watch it just to see the movie that beat GoodFellas, but I haven't pulled the trigger on it yet. On the other hand, I had a blast with Surviving the Game. Everything you say about it is true, especially just shooting a Rutger Hauer monologue in one take, lol. Thanks for taking part again!

I don't hate Dances with Wolves nor do I love it. I saw it in the theatre when it was out, it was fine and held my attention but I got up and left and have never really given it much thought since. I'll agree it was overlong and didn't deserve to win Best Picture. I wouldn't say Goodfellas was robbed though since I truly loathe that film. The whole lineup that year was weak, there were plenty of other movies that were better than what was nominated.

I haven't seen Surviving the Game but it sounds very reminiscent of Joel McCrea's The Most Dangerous Game from the 30's with a few tweaks.

Can't go wrong if Busey is in the movie.

THANK YOU. I cannot stand Dances With Wolves. I hated every minute of watching it. I haven't seen Surviving The Game though I'm somewhat familiar with it. For some reason I thought a lot of people liked that. I didn't realize it had such a low score.

Holy. Shit. I feel like I could have written this myself because I fully agree with all of it. Dances with Wolves is such a bore, and Surviving the Game is awesome. Busey's Prince Henry Stout monologue is better than anything in Dances with Wolves.

I'm not familiar with Surviving the Game. Might give it a go now.

I like Dances With Wolves and am not a hater of the film but i don't think it should have won the awards. I hate Goodfellas with a passion so I have a pick for next years:) The other film sounds like the film Joel mentioned as well as the remake with Cornel Wilde

@Wendell-Actually, it was Gary Busey who did the monologue and that monologue alone which was shot in one entire take has more depth than anything Kevin Costner did with Dances with Wolves.

@Powdered Toast Man-If Gary Busey is sitting in a toilet taking a shit and doing nothing but monologues. I'll pay good money to see that shit.

@Brittani-I think the reason Surviving the Game was dismissed back then because it was so typical of 1990s thrillers and people were really snobbish back then. I saw it in my teens and I thought it was cool and it still holds up.

@Alex-Correct. It baffles me into why Busey doesn't get more recognition for his monologues as he is in a Shakespeare play. You know he will make it even greater.

@Birgit-Like I stated in response to Joel's comment that both films were adapted from the same source material. Kevin Costner as a director is OK as the best film he's done as a director so far is Open Range as I think it was the first time he put aside his own ego for once and be Robert Duvall's sidekick as I think he enjoyed doing that more than some of the leads he played.