In the third week of 2020 for Wandering Through the Shelves' Thursday Movie Picks. We go into the subject of 2019 releases as there’s plenty of films that not everyone got to see as there’s so many other movies that people missed out either because they came and went after a week or were shown at a very limited release platform. Then there’s those films that are just total shit as my focus on 2019 releases that I hope to never see in my life unless I have some sick desire to harm myself in the worst ways. Here are my three picks of 2019 releases I hope to never see: 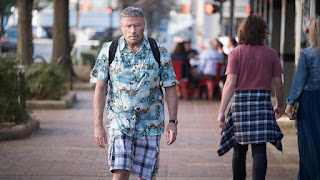 It seems that ever since Battlefield Earth, a good or a decent film from John Travolta has been rare has he’s been making a lot of bad movies as the past decade has him in 13 films that I’m sure not many people have seen and nearly all of them are bad which include this film directed by one of the worst people to ever exist in Fred Durst. It’s a film that has Travolta star as a guy who is a fanatic for a movie star until he gets rejected by the star and terrorizes his home and all sorts of stupid shit that has Travolta try to be autistic or something only to make himself be idiotic. In the hands of someone like Durst, it tries to be serious only to include some stupid material that include a scene of the movie star trying to get his son to enjoy the music that is Durst’s band Limp Bizkit. They were shit then and they’re still shit now as NIN fans will always take a shit on them for life after what Durst said about Trent Reznor many years ago. Plus, we NIN fans are still happy for the fact that Reznor gets praise and accolades as NIN still gets to a large audience while Limp Bizkit have become a wet far. 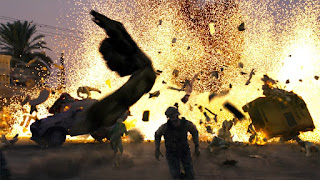 Since Armageddon, there has been no filmmaker who has gained my ire and loathing better than Michael Bay as he has continually gotten worse with each passing film to the point that I haven’t seen anything he’s done since the third Transformers film. His newest film revolves an American billionaire who forms a vigilante group with five other people to fight off terrorists and such that governments wouldn’t touch. Yet, with Bay comes his lifeless spectacles of explosions, car crashes, five-second shots, nonsensical editing, presenting women as objects than people, and all sorts of ugly shit he’s known for. Many says the film is Bay at his most decadent which doesn’t come as a surprise considering how awful his films are and who he is as a person as well. 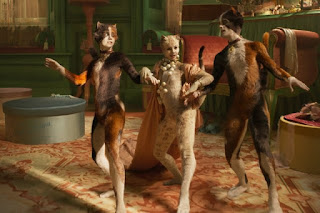 I’m sure for anyone that is still alive ever since the first trailer was released wanted to avoid the film and probably did it because they actually value their lives no matter how bad things can be. The fact that the film flopped big time is proof that not every Broadway musical can be adapted into the big screen. They could’ve made it an animated film but no, Tom Hooper wanted it to be outrageous. Well, he got that right for all of the wrong reasons with the digital cat fur and all sorts of ugly shit but also having to get the likes of Jennifer Hudson, Ian McKellan, Judi Dench, and Idris Elba to share the film with no-talent fuck-wads like Jason Derulo and Taylor Swift. It wasn’t the presentation of it and some of the people involved that made me not want to see it but given the fact that I’m still dealing with the flu as the description of dancing cockroaches and later the leaked footage of those cockroaches alone made me throw up big time. Let’s hope all three of these films get some recognition from the Razzies.

lol I haven't seen any of these but I kind of want to see Cats just for the spectacle. I watched Double Toasted's review of The Fantatic and I'm sure that was much more enjoyable than the actual film.

I haven't seen any of these. Almost tempted to watch Cats just for the sake of it, but would probably wait for it on DVD.

Mwahahaha! I love that you went with movies you hated! These should come w/ their own warning signs, LOL! Man, what is up with John Tralala, he's really lost his marbles hasn't he? As for 6 Underground, I still might check it out since it's on Netflix. I can always turn it off it I absolutely can't stand it, ahahaha.

I haven't seen Cats yet, but I don't think that I have any desire to. I've seen 6 Underground and it wasn't that good. The characters were flat and there wasn't really a good plot to be had here.

I haven't seen any of these but I'm tempted to watch Cats because of the hilarious reviews I read.

Thank goodness I haven't seen any of those!

I just rented 3 films, yes, I still rent and I saw that Travolta film and almost thought of picking it up but then I thought about his recent acting and that I never even heard of this film that I wisely stayed away. I don’t know the 2nd pick at all so will avoid it but I do want to see Cats because I heard it sucks. I wonder why everyone must go digital when they could have just had cat costumes like in the theatre production.