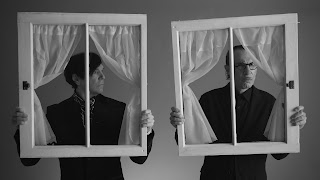 Directed by Edgar Wright, The Sparks Brothers is a documentary film about the legendary pop group Sparks lead by the brothers Russell and Ron Mael. The film showcases the career of this band that mainly consist of the Mael brothers as well as how they’ve continued to reinvent themselves while maintaining a cult status in various parts of the world. The film features not just interview with the Mael brothers but also fans ranging from musicians, filmmakers, TV writers, and many others who praise the work of this duo who continuously redefine the ideas of what pop music could be. The result is a tremendously witty, engaging, and exuberant film from Edgar Wright.

From 1971 to 2020, the duo of Russell and Ron Mael known largely as Sparks have released 23 studio albums with another album set to come out in 2021 have amassed a varying degree of success and acclaim throughout their career while continuously reinventing themselves to follow their own muse. The film isn’t just a love letter to the band but also dissecting the mystique of these two brothers from Pacific Palisades, California who are considered icons in Britain, parts of Europe, Latin America, and Japan yet are a cult band in America. Director Edgar Wright, who is a life-long fan, doesn’t just tell the story of the band’s origins and their rollercoaster career but also what keeps them going and why they never stuck to one certain sound in favor of just doing other things.

Featuring interviews with the Mael brothers plus some of the musicians that played with them from bassists Ian Hampton, Sal Maida, and Leslie Bohem, guitarists Earle Mankey and Dean Menta, drummers Hilly Boy Michaels, Harley Feinstein, Steve Nistor, Christi Haydon, and Tammy Glover, and producers such as Tony Visconti, Giorgio Moroder, and Muff Winwood as well as many others. Among them include musicians Beck, Alex Karpanos of Franz Ferdinand, Vince Clarke and Andy Bell of Erasure, Nick Rhodes and John Taylor of Duran Duran, Roddy Bottum of Faith No More, Thurston Moore of Sonic Youth, producer, Jack Antonoff, Steve Jones of the Sex Pistols, “Weird” Al Yankovic, legendary rock groupie Pamela des Barres, Stephen Morris and Gillian Gilbert of New Order, Flea of the Red Hot Chili Peppers, Martyn Ware of the Human League/Heaven 17, and Jane Wiedlin of the Go-Go’s also talk about the band’s influence with Wiedlin having collaborated with the group in the early 80s as well as having a brief romance with Russell.

Yet, musicians and collaborators aren’t just those who have been influenced by Sparks as actors and comedians in Jason Schwartzman, Mike Myers, Patton Oswalt, Mark Gatiss, Adam Buxton, Fred Armisen, April Richardson, and Scott Aukerman as well as writer Neil Gaiman, TV show host Jonathan Ross, and TV show runners Amy Sherman-Palladino and Daniel Palladino all talk about their love for Sparks. The interviews with these individuals doesn’t just showcase the band’s reach and influence on their respective arts but also what their music means so much to them as Wright does go into brief tidbits of the band’s respective studio albums and how they’ve evolved but also go into where some of that music might’ve come from. The Mael brothers do talk about their childhood that included the death of their father Meyer when they were young as the film is dedicated to their parents including their mother Miriam whom they both felt was the best mom they ever had as they were around when rock n’ roll had just arrived and had seen the Beatles live twice in their lifetime.

Throughout the group’s evolution as they would be part of one phenomenon yet the two often would prefer to follow their own muse as they had no interest in being part of a trend or do something commercial as the band would also admit to having a contentious relationship with the music industry. Most notably in the six-year gap between 1988’s Interior Design and 1994’s Gratuitous Sax and Senseless Violins where the band had no record deal yet they continued to make music. The film also go into discussions into their failed film collaborations with Jacques Tati in the 1970s and Tim Burton in the early 1990s as the former in Confusion with Tati was mean to be a film with Tati’s Monsieur Hulot character set in a futuristic society. The latter in an adaptation of the manga Mai, the Psychic Girl into a musical with songs by Sparks and directed by Burton but it fell apart.

Wright’s approach to the interviews are straightforward with the Maels and many others are shot in black-and-white by cinematographer Jake Polonsky with a backdrop by art director Ves Philippi. Wright and Polonsky would also shoot footage of some of the band’s shows in 2018 and 2019 including shows in Europe and Latin America as it would be shot in color while much of the material Wright would use with editors Paul Trewartha and Tobias Zaldua as well as sound editor Jamie Allen would be from many interviews and TV appearances. Even as Wright interviews a couple of fans about those interviews where one of them is revealed to be in a concert footage as she hugged Ron when she was only 14. Another thing that makes the film more compelling is the usage of hand-drawn animation as well as stop-motion animation from Joseph Wallace that featured a legendary story of John Lennon talking on the phone with Ringo Starr about discovering Sparks as they’re voiced respectively by longtime Wright collaborators in Simon Pegg and Nick Frost.

Wright also goes into the band’s work ritual as Russell has a home studio where the duo have their own routine with Ron often taking walks on a park and the two would go to a coffee shop in Los Angeles in the afternoon and return to work. Many of the people who are interviewed also discuss why Sparks has continued to endure and many say that they never take their music seriously nor do the Mael brothers take themselves seriously right up to the end of the film including the post-credits. It all play into who these two men are and why they continue to be interesting and refusing to compromise their idea of what art is. Even as they’ve finally ventured into the world of film with the upcoming Annette from director Leos Carax.

The Sparks Brothers is a spectacular film from Edgar Wright. It’s a film that fans of the group will enjoy as they see how appreciated they are from many corners in the world of art while those new to the group will get an understanding of why they’re so revered despite their refusal to become commercial and stick to one sound. It is also a film that doesn’t play by the rules that captures the spirits of who Ron and Russell Mael are and isn’t afraid to be odd or irreverent. In the end, The Sparks Brothers is a sensational film from Edgar Wright.

I'm not familiar with The Sparks at all, but I'm glad it's a good watch for their fans.

@Brittani-It does give you a primer of what makes them so interesting as I had been listening to their stuff in the past few months as I knew little about them and after watching this. I know even less now but that's what I like about it. I heard some people complain about why there's no look into their private lives but honestly, why? If they have wives and kids, maybe they don't want them in the film as it's something they rather keep to themselves. I don't want to know everything about everyone. I prefer mystique and not know anything.

Though I grew up in the 80s, for some reason I'm not familiar with The Sparks Brothers. But watching some of their videos after my pal Vince reviewed this, I totally see how influential they must have been.

@Ruth-Indeed they've been extremely influential. Just watch any new wave video in the 1980s and just look at those keyboard players with the hair and disinterested look. That all comes from Ron Mael. Watch Paul McCartney's "Coming Up" video and if you see Paul in the keyboards, he is mimicking the style of Ron Mael.

It is bonkers but so fun to watch.