For the 23rd week of 2021 as part of Wandering Through the Shelves' Thursday Movie Picks. We go into the subject of the worst book to movie adaptations as it should be noted that books and films are a different medium. Films will never be like the books themselves though sometimes both can succeed while a film can improve on what a book is trying to do. Then there’s just books that are revered that lead to some horrendous film adaptations. Here are my three picks: 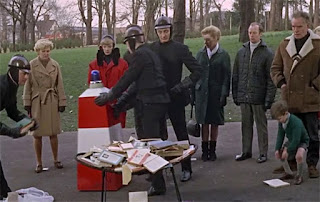 Francois Truffaut is definitely one of the greatest filmmakers of the 20th Century yet the French filmmaker’s only English-language film in Ray Bradbury’s adaptation is definitely the worst film he did. While it is faithful to the book, it’s just that it’s not interesting while Truffaut was way out of his element in a film that never comes together as a story while the fact that he’s making a film in English that is against his own sensibilities as a storyteller makes the whole film an awkward and unsettling experience that isn’t helped by awful visual effects and dialogue that is unrealistic with its lead Oskar Werner giving a dull performance.

2. Even Cowgirls Get the Blues 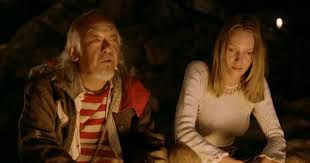 Gus Van Sant’s adaptation of Tom Robbins’ feminist novel about a woman with big mutated thumbs traveling in her search for free love as the novel was considered something of a big deal among the LGBTQ community. Yet, the film is one of Van Sant’s worst efforts mainly because it tries to capture many of the whimsical elements of the book as well as its themes. Unfortunately, it ends up being extremely pretentious, self-indulgent, and nonsensical where its lead in Uma Thurman is overwhelmed by the messiness of the film while its ensemble cast that includes John Hurt, Keanu Reeves, Lorraine Bracco, Noriyuki “Pat” Morita, Angie Dickinson, and so many others are never really fleshed out as real characters. 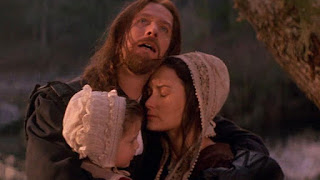 If there is an example of what not to do in adapting a book into a film, Roland Joffe’s 1995 adaptation of the Nathaniel Hawthorne novel about adultery is an example. The film was largely made as an excuse for Demi Moore to do nude scenes, have sex with Gary Oldman, and make Robert Duvall look foolish as it never goes into the themes of adultery like the book did. Instead, it plays off as some form of unintentional comedy where everyone looks ridiculous and there is no sympathy for everyone. It is truly a fucking piece of shit.

The Scarlet Letter is one of the worst books I've ever read. I never bothered with the movie. I barely made it through reading that in school.

Yay for Fahrenheit 451! But I guess boo for the reasons it's here. I'll definitely watch that version of the story at some point, I've come this far, I guess.

The HBO version of Fahrenheit 451 isn't perfect but this one sounds much worse!

I don't hate Fahrenheit 451. I don't love it, but I don't hate it. My general opinion is that Bradbury doesn't translate to film very well. There's something about Saint Ray's dialogue that is lovely to read but unnatural to hear. Ah, well!

I've avoided that version of The Scarlet Letter on purpose. No interest. Interestingly, my younger daughter appears to love Nathaniel Hawthorne as an author. Takes all kinds, right?

Demi Moore was SO miscast in TSL. I watched an adaptation of this book in high school but it was a different one and I cannot remember who starred in it though. The book was so tedious to get through too. Blah.

I haven't seen any of these films but thought of 451. I might see The Scarlet Letter if just for the bad performances of Demi et al. I don't even know the other one.

Unfortunately, I haven't read the books or seen the movies. But Fahrenheit 451 is on my TBR. Did you watch or enjoy the version with Michael B. Jordan and Michael Shannon?

Even Cowgirls Get the Blues was one of the worst movies I have ever seen - never read the book though.