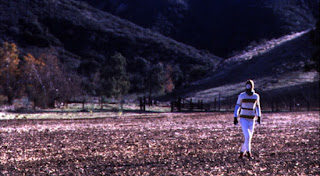 One of the most renowned independent filmmakers of his generation, Todd Haynes has always been a subversive filmmaker among his peers. In 1987, Haynes directed a short film called Superstar: The Karen Carpenter Story about the tragic singer of the Carpenters. The film had a cast performed by Barbie dolls and the controversy surrounding the short proved to be huge when Karen's brother Richard and the company Mattel sued Haynes from getting the film released. Despite the controversy, Superstar became a bootleg classic as Haynes' 1991 feature-length debut Poison with frequent collaborator and producer Christine Vachon drew more controversy for its homo-erotic themes and subtexts. Despite the controversy, the film helped helm the New Queer Cinema movement of the early 90s as Haynes was becoming more experimental with his short film Dottie Gets Spanked for PBS in 1993 as he began work on one of the decade’s most disturbing films, Safe.

Written and directed by Haynes with Vachon as producer, Safe is a harrowing drama about a Southern California housewife whose perfect world crumbles as she becomes ill with diseases due to chemicals and environmental surroundings as she is forced to go to a New Age facility to cure herself. Starring Julianne Moore, Safe is set in the late 80s with some analogical references to AIDS and the environment that plays up to a sense of fear and paranoia in the late 20th Century as Haynes becomes more unconventional with storylines and his directing style. The film is partially a satire as well as a thriller and a drama as it bends genres in a complex style that disturbing yet compelling. One of the most eerie films of 1995, Safe is a cautionary film of isolation and manipulation.

It's 1987 and for Carol White (Julianne Moore), her idyllic, mid-upper class lifestyle in Southern California with husband Greg (Xander Berkeley) and stepson Rory (Chauncey Leopardi) seems to be just perfect. While her husband is at work and Rory in school, Carol is trying to finish work on renovating her house with new couches and a kitchen. Carol also enjoys life outside of her house as she picks up her laundry and goes to aerobic classes with her friend Sarah (Sarah Davis) where she notices that Carol never sweats during the exercises. Then one day as the day of the new couches were to arrive, they came in the wrong color and she goes out to the store to correct the order and run errands as suddenly while driving behind a truck with smoke coming out, she starts to cough erratically as she goes to a parking lot and collapses.

For Carol, her life begins to crumble as she tries new things like a fruit diet with Sarah and getting a perm at a hair salon where at the place, she started getting nosebleeds. She goes to Dr. Reynolds (Peter Crombie) who ran a few tests on her and said that she was fine but Carol isn't fine. Suddenly, the symptoms gets worse as she begins to have headaches frequently as Greg is annoyed and one morning as he tries to comfort her, she begins to vomit and is in tears over her illness. Carol tries to go on with her life as she begin to have trouble trying to ignore her problem until she saw a flyer about fumes as she briefly tried to talk to counselors over her problem. Carol's illness then worsens as during a baby shower, she begins to have trouble breathing and finds herself becoming increasingly ill.

Dr. Reynolds keep running tests and insists that she’s fine and the illness is due to stress and paranoia as Greg felt the same way. Carol though wants to look for answers, as she would go to seminars that revealed that she was suffering from environmental illness due to chemicals. She would go to seminars ran by a counselor (Beth Grant) as her lifestyle changed suddenly as she told Sarah, she can't wear makeup anymore and is forced to live in a room that is free of chemicals with an oxygen tank on her side. One day as she went to the dry cleaners, the place was being sprayed with fumes as all of a sudden, Carol goes into a shock as she is sent to the hospital and her paranoia of fumes increases as Dr. Reynolds has no idea what's going on. While resting at the hospital, Carol sees a TV ad for a New Age place called Wrenwood run by a guru named Peter Dunning (Peter Friedman) in New Mexico.

Carol goes to the place by herself where she meets counselor Claire (Kate McGregor-Stewart) as she learns that Peter is an AIDS-living man who is filled with positive thinking and Carol becomes overwhelmed by the place’s loving tone. Carol befriends a fellow patient named Chris (James LeGros) as she tries to learn about her symptoms while wondering if there's a cure. She also befriends Peter as they look at a man who is afraid to live or even breathe while Greg, during a visit, is wondering if Peter is for real as he is disturbed by Peter's self-love tactics. One day after a patient died, Carol sees an igloo-shaped house where she decides to move in as she begins to isolate herself from her past.

What makes Safe such a harrowing thriller without the conventional rhythms of past thrillers is in Todd Haynes' unconventional, linear tone that just smooth out the edges for something anti-climatic rather than being overtly shocking. The unconventional tone also relates to its pacing. It's slow yet works to convey the sense of paranoia and fear in Carol White. Haynes though, was merely trying to present the film as a cautionary tale by exploring Carol White's psychological turmoil rather than the disease itself. In that presentation, Safe comes off as original with its themes of paranoia and strange references to the environment and AIDS while bringing satire to the cult-like elements of Peter Friedman's guru character. These elements and restrained emotional drama bring strength to Haynes' complex, dour screenplay. Particularly in its pop culture references to the 80s as in one scene, Carol is listening to Rory's report on gang violence in Los Angeles in gory detail showing her naiveté and meek persona.

If Haynes' ability as a screenwriter is unorthodox in its approach as a storyteller, then Haynes' approach to directing is even more amazing. In many aspects, Haynes is channeling the directing style of the late Stanley Kubrick, as an auteur director who is looking for what kind of emotion he wants from the characters and what response the audience should have. In many scenes, the camera is often placed away from the actual place where the actors are. Here, there's a sense of detachment as the audience plays the role of the third person watching this poor, naïve woman disintegrating through her own illness. There are very few close-up shots in the film and that sense of detachment is even more amazing in the film's directing style. Even for the fact that the scenes of reference of environmental TV ads, radio, and all sorts of media play up to that detachment. In many respects, this is a definitive ideal of what a director should be.

If Haynes' directing style is obtuse in its town, then it is complemented perfectly by the vast cinematography of Alex Nepomniaschy. Nepomniaschy plays up to the film's eerie, isolation tone from its shots of Southern California suburbia and its idyllic tone to the smoggy world of downtown Los Angeles and its highways with shots of cars in traffic. Plus, the shots of the American Southwest with its sunny-like deserts and the orange tone of Wrenwood is masterfully shot as it plays up to the eeriness of late 20th Century paranoia.

James Lyons' editing also plays to that tone with its elliptical yet engrossing style of dissolves, fade-outs, and such where it has a style that works to Carol's state of mind. While the slow pacing might annoy audience and taste their patience. Patience is the key to understand White's state of mind as Lyons' editing is superb.

Adding the elements of paranoia is the film's score composer Ed Tomney whose score of shimmering, dense synthesizer is extremely haunting in its scenes that captures an ambient but space-like tone to the film as if it plays up to a sci-fi film gone horribly wrong. Tomney really captures that late 20th Century world of isolation and fear that is relevant now in the 21st. There's also a track from ambient pioneer legend Brian Eno in the film as well as some 80s pop hits from Madonna, George Benson, Kenny Loggins, and Belinda Carlisle that seems to be placed in a very offbeat way as if something is about to go wrong in the way Haynes plays with music.

The film's cast is wonderfully played in its small roles from its performances from Sarah Davis as Moore’s best friend, Chauncey Leopardi as the stepson, and Peter Crombie as the doctor to the more well-known actors like James LeGros as a fellow patient and the always enjoyable Beth Grant as a counselor. In the role of Claire, Kate McGregor-Stewart is wonderful as Moore's Wrenwood counselor who shows her its okay to be overwhelmed in a very touching scene where Moore breaks down. Peter Friedman is almost hilarious, even though his performance wasn't meant to be comedic, as the optimistic guru. Friedman plays up to the film's satire while balancing the self-love and self-blame persona on his characters that is very ambiguous in its approach as he blurs the perception of whether he's really trying to help them or he's just another false guru. Xander Berkeley is excellent as Moore's caring but ignorant husband as the audience understand how he feels about her although it's likely he could've done more but doesn't understand even though he really cares for her.

The film's most striking performance of course goes to Julianne Moore who brings a complex and harrowing performance as Carol White. Moore doesn't make Carol pathetic or selfish but rather as a woman who isn't very bright and is kind of meek but with good intentions. There's also a naiveté about Carol that makes her innocent while we see her develop as a woman having trouble with isolation and the illness that surrounds her. Moore puts a lot of herself and anguish into a performance that is masterful in its raw form and restraint. This film would really put her in the spotlight as she since have gone back and forth with big-budget Hollywood films and landmark independent films with a huge degree of success.

While it's not a film for everyone, Safe is still an evocative and haunting film from Todd Haynes helmed by his masterful presentation and Julianne Moore's eerie performance. Haynes since then would follow-up Safe with 1998's glam-rock film Velvet Goldmine before reuniting with Moore in 2002 for their crowning achievement, the Douglas Sirk-inspired melodrama of Far from Heaven. Though Far from Heaven is a more accessible film in its look, tone, performances, and style, Safe will likely draw to more serious film aficionados. In the end, the credit goes to Todd Haynes and Julianne Moore for their contributions to this film as Safe remains one of the 1990s’ most original and disturbing films of the decade.