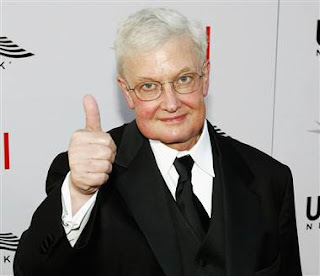 April 4, 2013 is indeed a sad day in the world of cinema as one of its key figures in film criticism was finally laid to rest. Yet, Roger Ebert was more than just some film critic but a man who loved films and was willing to share that with the world. Whether it’s good films or bad films, Ebert was someone that can speak to the film buff as well as the common person. His passing now leaves a void in the world of cinema that will be unfulfilled but what he left behind is a legacy that no one will forget.

In the age of the Internet, there wouldn’t be blogging or modern-day film criticism if it wasn’t for him as we bloggers and film buffs look up to him as an example of what a film critic is and should be where he set standards on what to do and what not to do. He was also someone who can admit that he’s wrong and wasn’t afraid to do that. Through his writings and the now-defunct TV show At the Movies with the late Gene Siskel, he gave film buffs a chance to film criticism at its finest and most direct. There was never a dull moment with him and Siskel on that show whether they praised or film or just simply bashed it.

If it wasn’t for Ebert, some of us might have never heard of Werner Herzog or catch a film like Hoop Dreams. His role into exposing the world to this form of art made our world a little bit better. While there’s times when he was wrong yet he always know how back it up with his wit and passion for films. Yet, there was more to Ebert than his film criticism as his Great Films essays are an example of why he loves films as he has a list of favorites from La Dolce Vita, Aguirre, the Wrath of God, Lost in Translation, This is Spinal Tap, Do the Right Thing, Gates of Heaven, and many others reveal not just into why he thinks they’re great but also what makes them so enduring.

His blog posts from his own website were also fun to read as it revealed a bit of the man himself as he states opinions and things that were beyond the world of film criticism. Some of which revealed his views on religion, life, his own struggles with alcoholism, and his long-standing battle with cancer that eventually took him to the end. At times, they were poignant and cerebral while there were also moments that were very light-hearted and funny such as his love for Steak N’ Shake. For anyone who goes to the drive-thru and see some of his quotes will know that the man loved that place.

We will miss you Roger. Hope you and Gene get the chance to talk about films while eating Steak N’ Shake up there in Cinema Heaven.

RIP Roger Ebert, he will be missed. What I admire the most is Ebert never stopped reviewing, despite all his health problems.
A shame Ebert won't get to see Life Itself (2014). Which, by the way, is directed by Steve James(Hoop Dreams)

I think Ebert will be seeing Life Itself in Cinema Heaven. In fact, I think he, Gene Siskel, Pauline Kael, and other critics are talking about it right now.

I literally screamed out when I saw the headlines on TV. Even my non-film loving friends knew he was. The man was that influential. A really great tribute and I love your closing words.

@Teddy-I just wanted to say something that felt real. Plus, I just love that piece he wrote about Steak N' Shake. I love that place. Good fast food for a good price.

What a perfect tribute. And I absolutely loved what you said about Ebert's influence of exposing new films and filmmakers to a wider audience. I seriously started diving into Herzog's filmography after reading Ebert's tireless praise of his work. He really opened my eyes to Herzog's films.

Really going to miss this guy.

@Alex Withrow-Thank you. I am so going to miss Ebert. I was relieved recently to hear that his last published review was in Terrence Malick's To the Wonder instead of The Host. I would've gone on a rampage towards Stephenie Meyers.