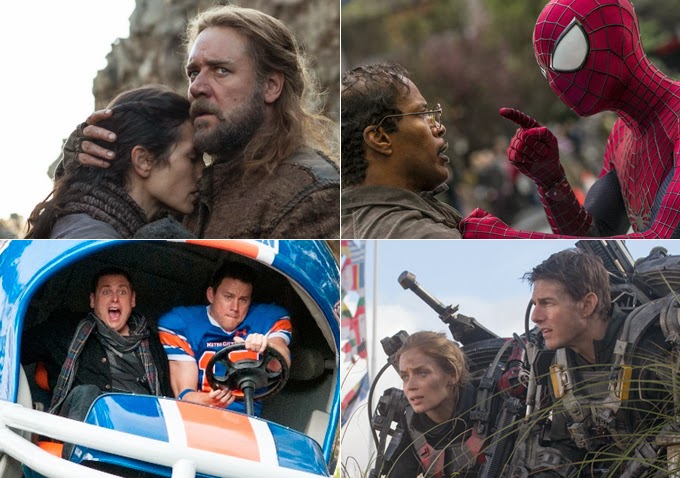 Dawn of the Planet of the Apes

The Hobbit: There and Back Again

There’s nine films that are definitely going to bring in the big stuff in the hopes they give more bang for the buck to audiences who wanted to see big spectacles and more. 2011’s The Rise of the Planet of the Apes gets a big sequel where Caesar and his apes fight against humans for world domination. In the next big young adults film franchise in Divergent, Shailene Woodley plays a young woman with powers that are beyond her control as she is targeted by Kate Winslet. Angelina Jolie plays the title role in Maleficent in this very unique take on Sleeping Beauty while Andrew Garfield faces new foes in The Amazing Spider-Man 2. Godzilla will finally make his return to the big screen in the hopes that audiences will forget the godawful 1998 film version.

Peter Jackson will unleash the final part of his Hobbit trilogy as Frodo, Gandalf, and the dwarves fight off against the orcs. Two films that were supposed to be released in 2013 in a sequel to 300 and Chris Pine taking on the role of Jack Ryan will finally come out. Finally, there’s a new Robocop that is emerging in this reboot with Joel Kinnaman playing the titular role.

How to Train Your Dragon 2

There’s some stuff for parents to watch where they can bring their children along though there is a big void that is lurking as Pixar will not be releasing any films this year. Dreamworks Animation will however be releasing some films such as a sequel to 2010’s How to Train Your Dragon as well as the much-delayed Mr. Peabody and Sherman. Other animated stuff to come out will be a sequel to Rio while the Muppets will also return in a sequel to their widely-revered 2011 film The Muppets. Dolphins will return in Dolphin Tale 2 yet there’s some big films that are coming for the families such as Paddington based on Paddington Bear while The Lego Movie is definitely going to be something that will appeal to more than just families. Finally, there’s Big Hero 6 about a prodigy and his robot who join an inexperienced crime-fighting team to uncover a criminal plot.

There’s a lot of stuff that will excite audiences in terms of action and adventure along with some sci-fi stuff in the mix. Christopher Nolan’s longtime cinematography Wally Pfister will make his directorial debut in a strange sci-fi drama in Transcendence as he is armed with a big cast. Tom Cruise and Emily Blunt explore time loops in the sci-fi action-adventure film Edge of Tomorrow while Jeff Bridges and Meryl Streep take part in the children’s sci-fi novel The Giver. Sylvester Stallone, Arnold Schwarzenegger, and the rest of the gang battle Mel Gibson in The Expendables 3 while Joe Carnahan returns with his own crazy action film in Stretch.

A new sci-fi drama will emerge in The Maze Runner which will consist of a cast that not many people know with the exception of Patricia Clarkson. Luc Besson hopes to regain whatever luster he’s lost over the years in the action film Lucy with Scarlett Johansson in the title role. Denzel Washington protects Chloe Grace Moretz in The Equalizer while Brad Pitt commands a Sherman tank crew in Fury. 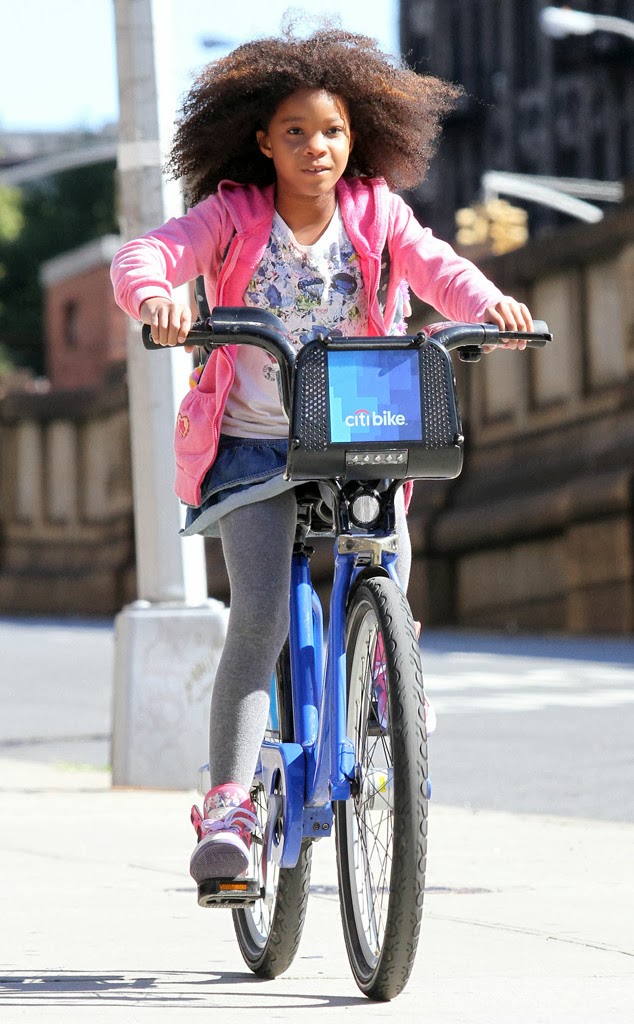 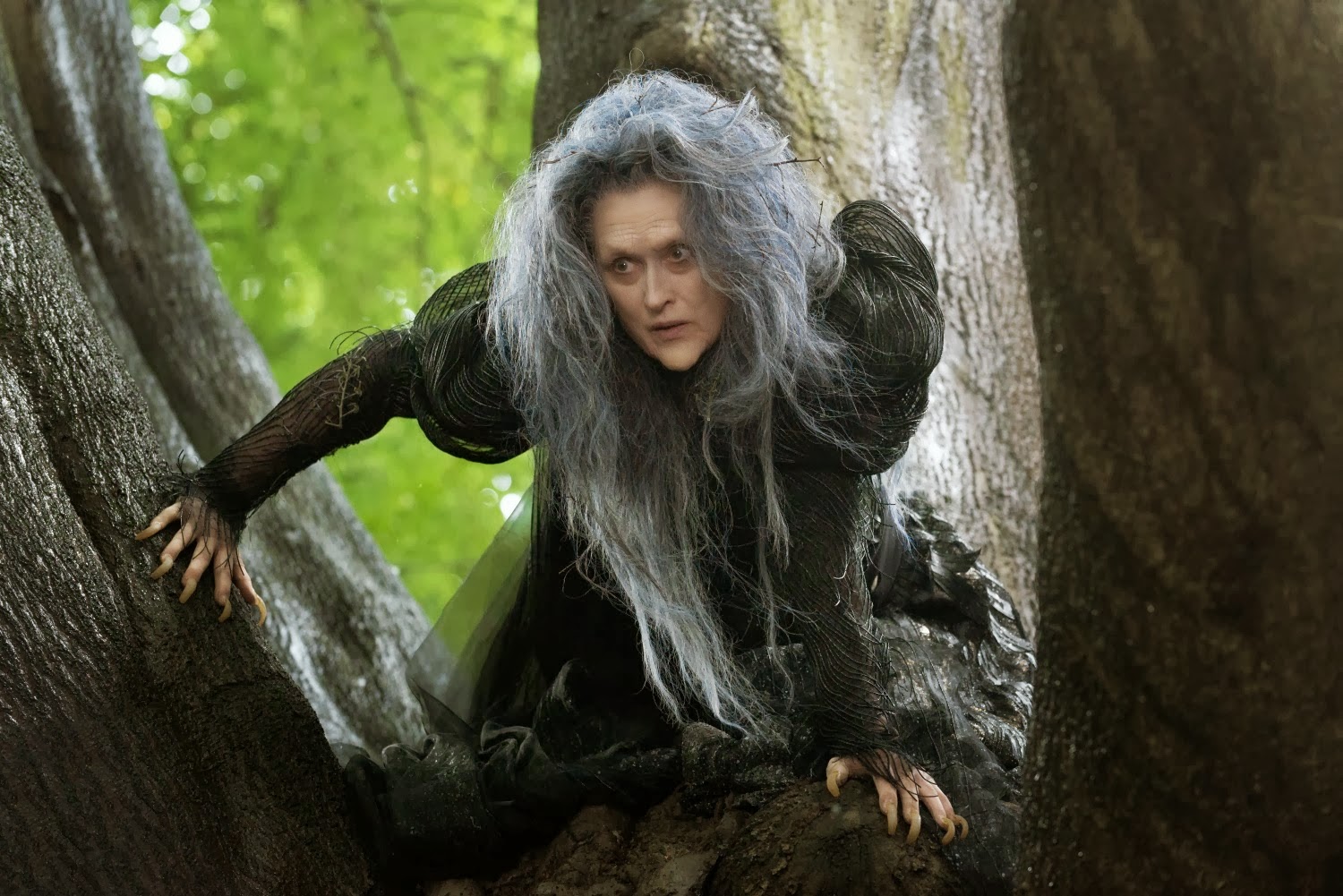 The musicals are back whether anyone likes it or not as there’s stuff for people who want to hear good tunes to hear. Annie is back on the big screen in an updated version with original songs by Jay-Z where Quvenzhane Wallis plays the titular role and Jamie Foxx as Daddy Warbucks. Rob Marshall goes back to the musical in a big fantasy drama that will involve all sorts of characters like Little Red Riding Hood and Cinderella in Into the Woods. James Brown and the Four Seasons will get their own stories told as Chadwick Boseman plays Brown in Get On Up while Clint Eastwood will helm the musical based on the Four Seasons in Jersey Boys.

A Million Ways to Die in the West

Alexander and the Terrible, Horrible, No Good, Very Bad Day

There’s a lot of comedies that will emerge for people that just want to laugh. Three of which are sequels where Jason Bateman, Jason Sudeikis, and Charlie Day battle their bosses in Horrible Bosses 2 while Channing Tatum and Jonah Hill go to college to fight bad guys in 22 Jump Street. After a series of high-profile flops and poorly-received, the Farrelly Brothers hope to reclaim their thrones as the kings of comedy with the long-awaited sequel to Dumb & Dumber. Zac Efron destroys his teen-idol image in a couple of comedies where he plays a jerk in That Awkward Moment while he and Dave Franco battle Seth Rogen and Rose Byrne in Neighbors. Melissa McCarthy is definitely on a winning streak as she will be headlining two comedies in St. Vincent de Van Nuys and Tammy where the latter is a collaboration with her husband Ben Falcone.

Robert Downey Jr. returns to comedy with two features as he stars in Jon Favreau’s Chef and David Dobkin’s The Judge. Nick Frost proves to the world that he can dance in Cuban Fury while Elizabeth Banks does the Walk of Shame. Seth MacFarlane makes a weird western with Charlize Theron, Amanda Seyfried, and Liam Neeson while Seth Rogen returns to the director’s chair with Evan Goldberg in The Interview. Miguel Arteta will tackle the terrible day of a young boy in Alexander and the Terrible, Horrible, No Good, Very Bad Day while Will Smith and Margot Robbie play con-artists in love in Focus. T.J. Miller and Alison Brie are part of a Search Party while Cameron Diaz and Jason Segel discover they’ve made a Sex Tape. 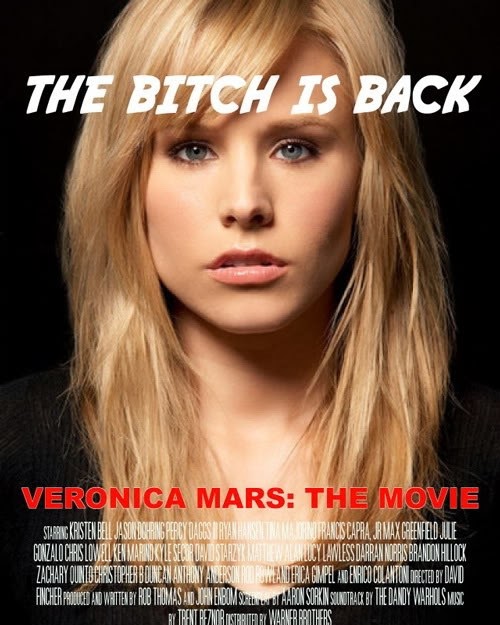 Deliver Us from Evil

Horror and suspense will be lurking as the former will feature Cate Blanchett teaming with David Mamet for Blackbird while Kristen Bell will return in the role that made her famous in the long-awaited film version of Veronica Mars. Horror is still going to dominate in a remake of the 2008 Belgium film The Loft while Aaron Eckhart will play Frankenstein. The sequel to 2013’s The Purge will emerge while Sarah Snook deals with the spirit of her late fiancee in Jessabelle. Eric Bana deals with his beliefs in Deliver Us from Evil while the origins of Dracula will be told as Luke Evans plays the man who would become that famous vampire. Charlize Theron deals with her past as she tries to find the truth in Dark Places while Idris Elba is a mysterious stranger who terrorizes Taraji P. Henson in No Good Deed.

The Fault in Our Stars 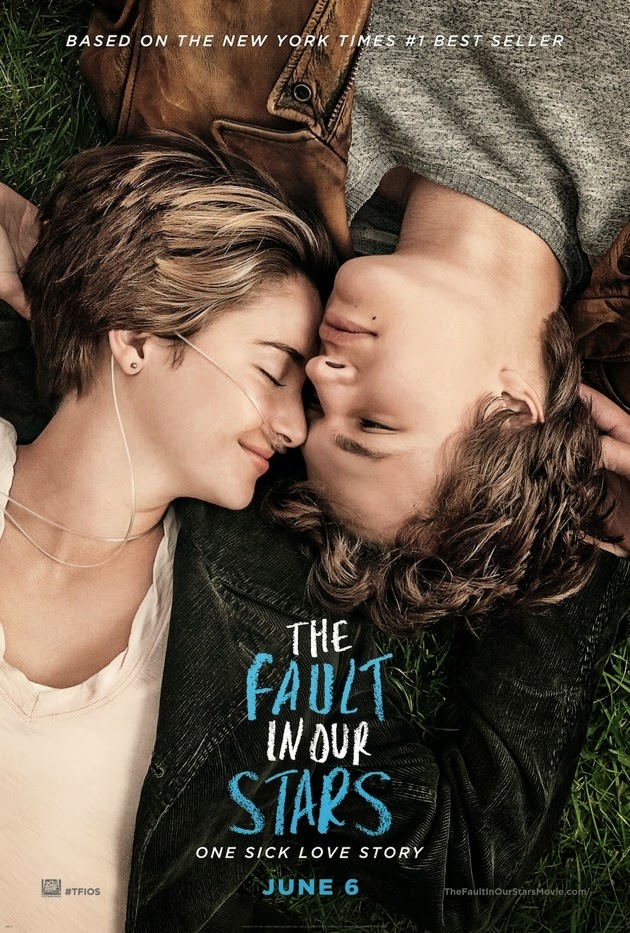 When the Game Stands Tall

There’s a lot of dramas that are coming out where it will delve into a variety of stories. Ridley Scott tackles the story of Moses in Exodus while Mia Wasikowska takes on another daring literary heroine in Madame Bovary. Akiva Goldsman makes his directorial debut in the love story Winter’s Tale as another love story happens between Shailene Woodley and Ansel Elgort in The Fault in Our Stars. Nicole Kidman will emerge as Grace Kelly in the much-delayed Grace of Monaco while another bio-pic will happen when Michael Pena play Cesar Chavez. Angelina Jolie will make her second effort in the director’s chair in another war film called Unbroken with contributions from the Coen Brothers on the film’s script.

Kevin Costner returns to the world of sports in two features in the Draft Day and McFarland which shows him in the world not playing sports. The sports theme continues with two features in Million Dollar Arm and the football drama When the Game Stands Tall. Finally, there’s Helen Mirren who does the impossible in The Hundred-Foot Journey.

Lots of stuff I'm anticipating here as well, the ones I gotta see on the big screen from Part 2 list are:

Dawn of the Planet of the Apes
Maleficent
Godzilla
The Hobbit: There and Back Again
Jack Ryan: Shadow Recruit
How to Train Your Dragon 2
The LEGO movie
Transcendence
Winter's Tale
Unbroken

As for Unbroken, I REALLY hope they stay true to Lou Zamperini's story and not sidestep the Christianity part of his life as Hollywood often does.

I hope most of these are good though I'm not really sure about Winter's Tale as I still can't forgive Akiva Goldsman for ruining Batman.

I really think Transcendence is going to surprise people. I'm hoping it establishes Pfister as his own director, not just Nolan's DP. Though it's hard to think who could better capture Nolan's vision that him.

@Alex Withrow-I hope Transcendence does become a solid film. Especially as someone as good as Pfister to come into his own.