The Year-End Reflections of 2013 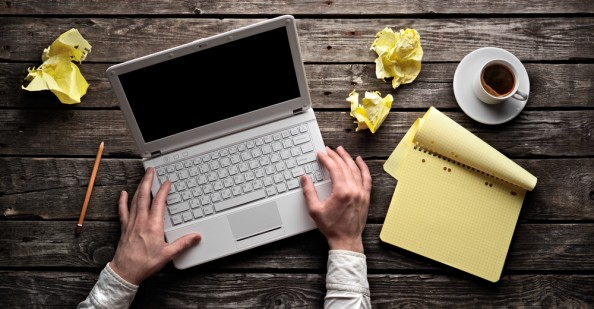 2013 is finally coming to a close and what a hell of a year it was. A year where film-watching was a must and it was certainly a very big year creatively while there was a lot that did happen. One that I want to move on and get ready for the next year. I did a lot of things in that year that were quite extraordinary as I did tackled a lot of films and the works of filmmakers. I even did something that was considered impossible by some when I saw the entire body of work by Woody Allen. One that will take me some time to recover as I want to wean off the Allen out of my system until the next film.

In the year of 2013, I saw a total of 472 films. 315 first-timers and 157 re-watches. That’s a lot of fucking films. Many of which were great but there were also some duds that I never want to see again. It’s been one hell of a year that would include 12 Blind Spots that I chose to do for the 2013 Blind Spot Series. Here is how I rank these films that I chose for the 2013 Blind Spots Series: 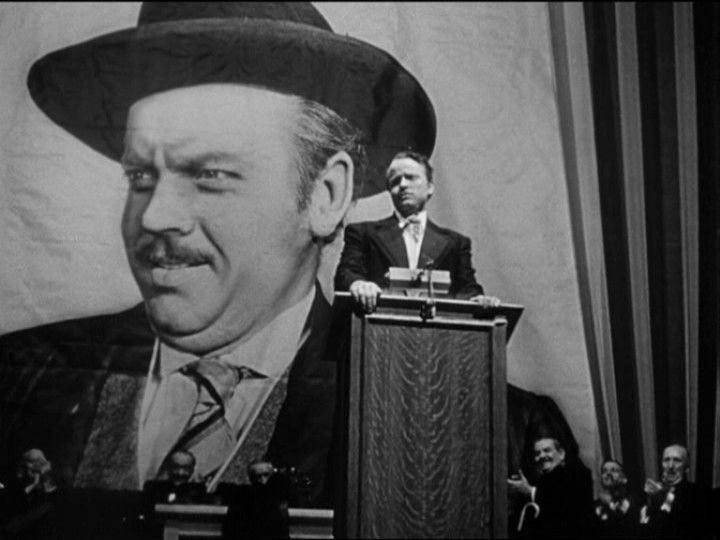 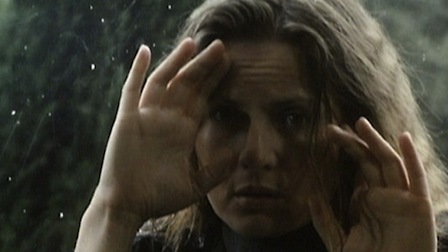 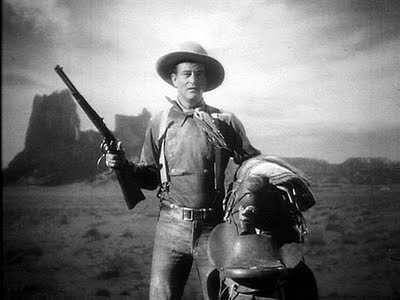 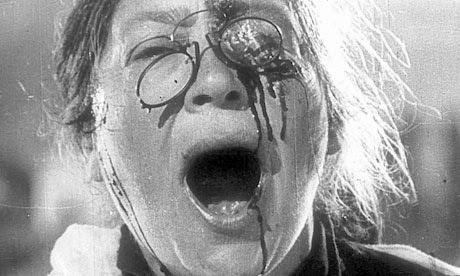 5. Lovers on the Bridge 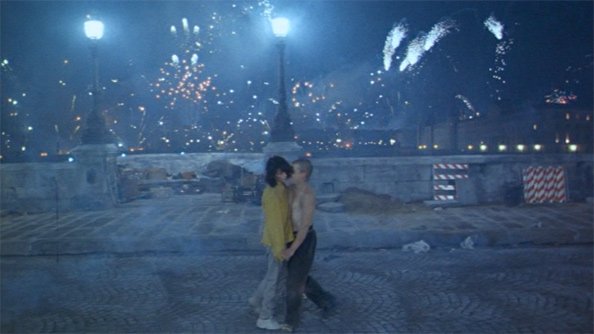 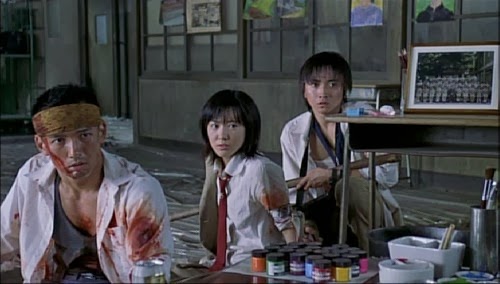 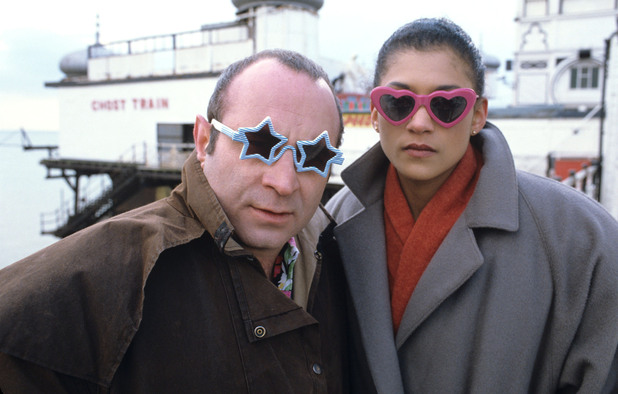 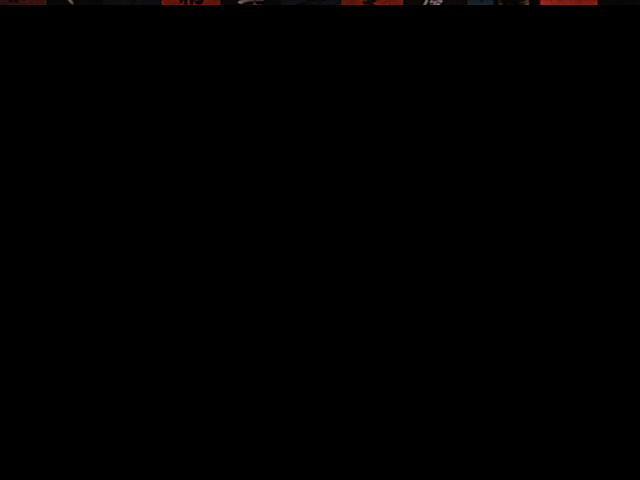 9. A Woman Under the Influence 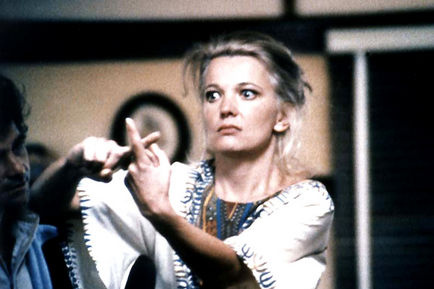 Since there were a lot of films that I saw in the course of the year where I would discover many films that ranged from all sorts of genres and from different countries. It was hard to pick a list of films that I think represented the best of what I saw in 2013. For this list, I decided to not include the Blind Spots nor any films that came in 2010 and afterwards since I feel like they’re more recent. Creating this list wasn’t easy where I had to make some serious changes and think about what films stuck with me the most in the course of the year. Some maybe ranked higher than they were in that month I saw it then or some managed to really do much more when I first saw it. So here is the list of The Top 10 First-Timers (pre-2010/non Blind Spots) that I saw for 2013: 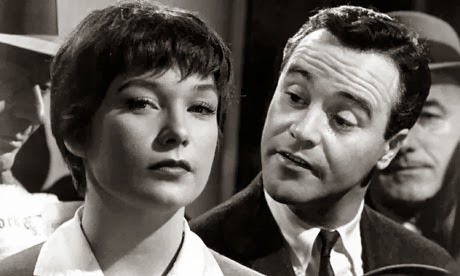 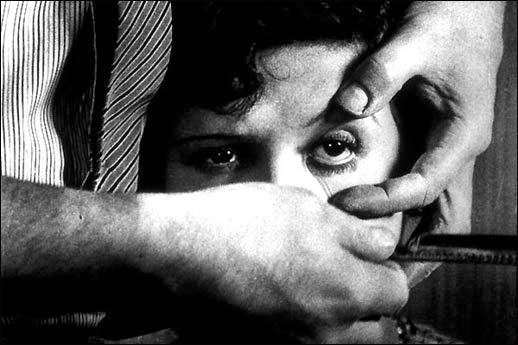 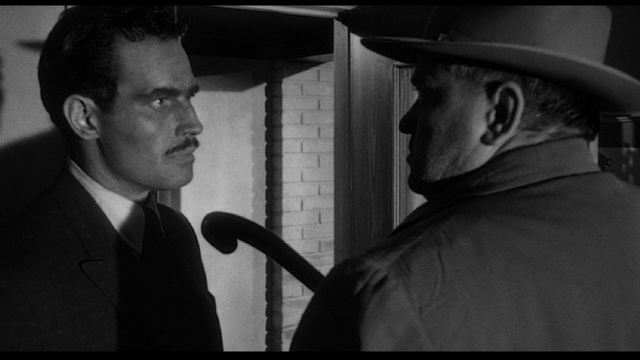 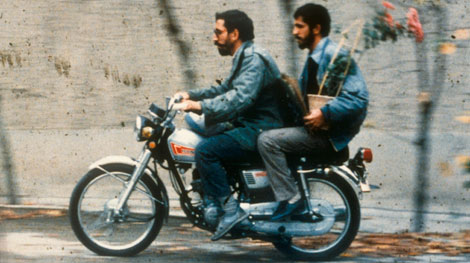 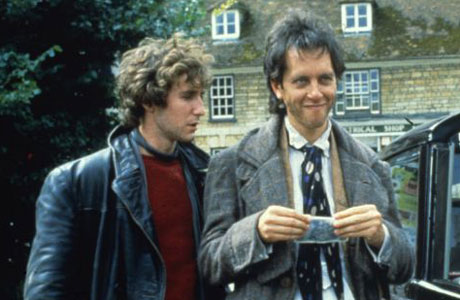 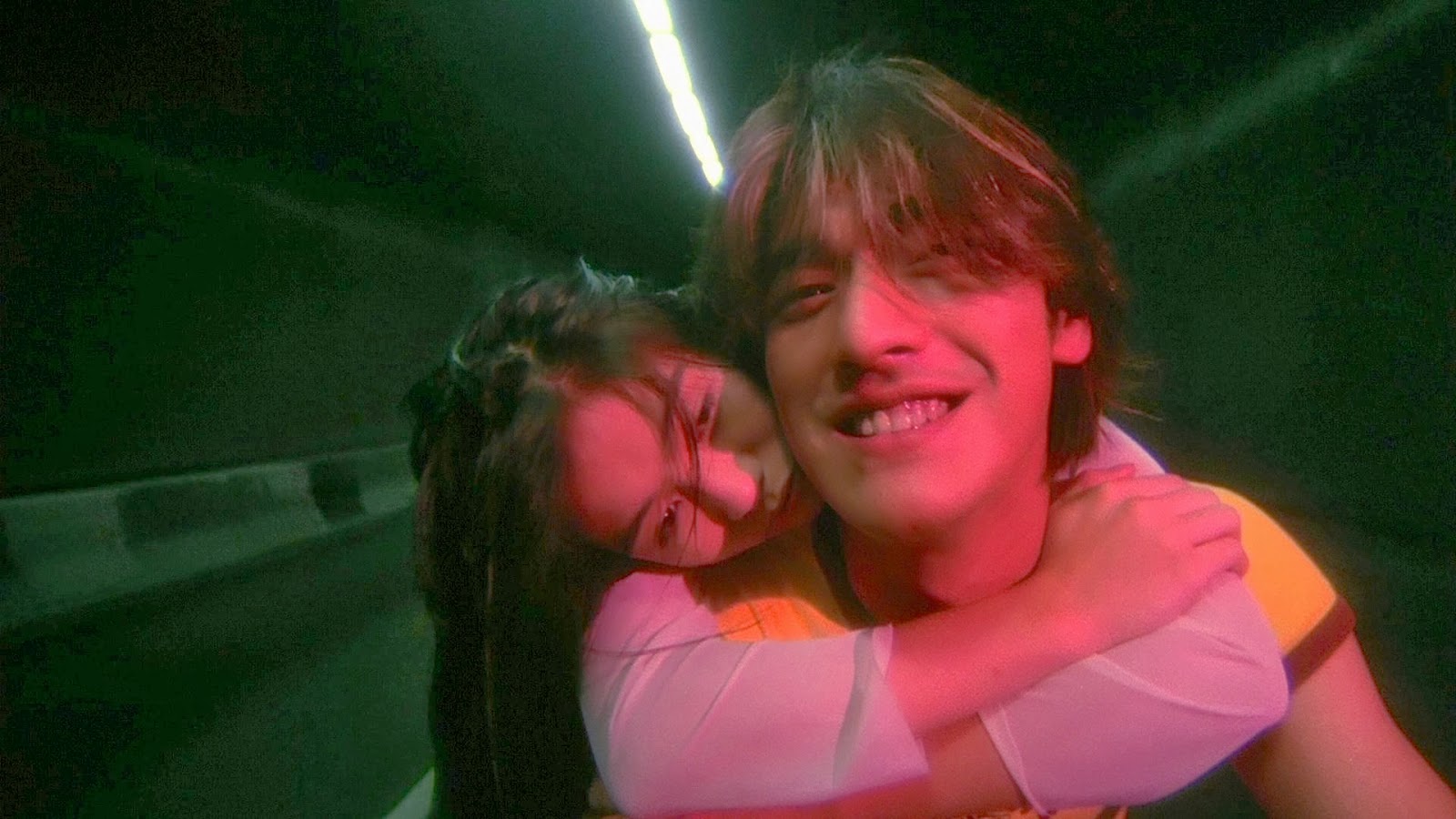 9. The Treasure of the Sierra Madre 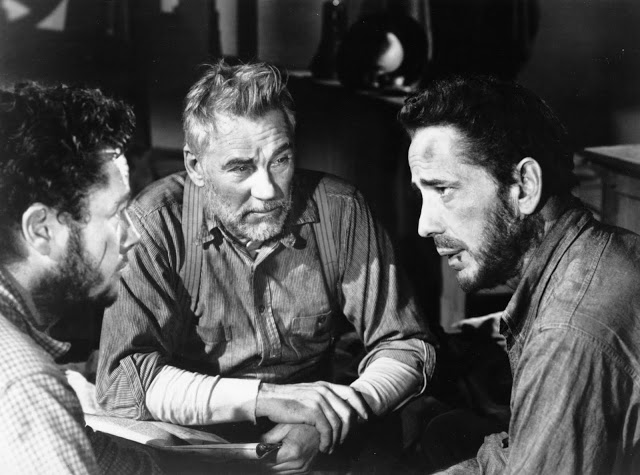 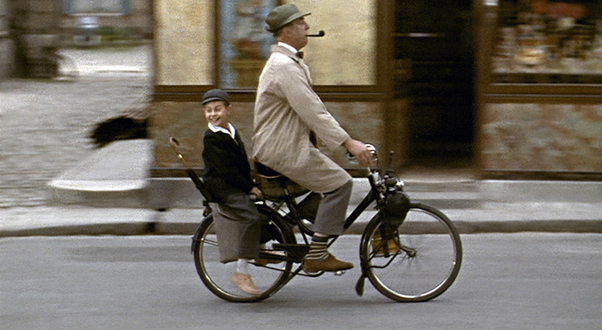 29. The Umbrellas of Cherbourg

33. Riding Alone for Thousands of Miles

2013 was a year where a lot has changed where I definitely found myself evolving as a writer where I didn’t just simplify things in my reviews but also wanted to take more chances. I want to thank Nostra of My Filmviews for creating the Five Obstructions Blog-a-Thon which I thought made me a better writer. I also want to thank Courtney for having me at Cinema Axis in giving me the chance to do other things and expose me to a bigger audience. Now I want to make one final list on the 10 great things that happened to me in 2013:

1. The Return of Nine Inch Nails 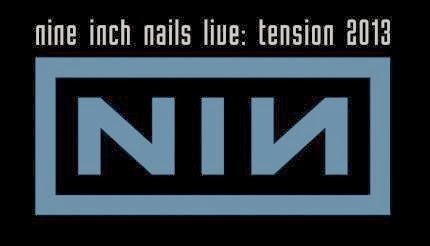 Being a NIN fan is tough. You go through periods of inactivity in guessing when the next album is coming out while taking the time to listen to other things. Then when it’s announced that they’re back and you wonder who will be in the live band. It’s kind of a weird relationship that I’ve had with Trent Reznor for nearly 20 years as I was already getting used to not having them around and figure a new album would come out in a few more years. That didn’t happen as 2013 was great thanks to a new album and a new tour where I did manage to see them for the fourth time which you can read here.

2. The Discovery of Kenji Mizoguchi and Yasujiro Ozu 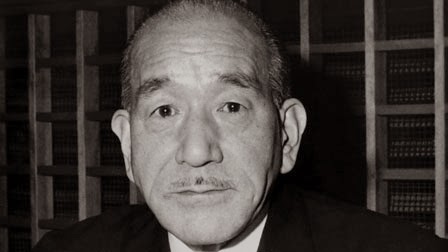 Prior to this year, I had only seen one film by Yasujiro Ozu in Tokyo Story as I definitely wanted to see more as Floating Weeds was chosen as one of my Blind Spots. Upon watching that film and several others, I became entranced by not just his approach to storytelling but also in the way he was able to create something that is purely Japanese in its conflict of tradition vs. modernism. The other Japanese filmmaker I was really wowed by was Kenji Mizoguchi who has a unique take on the way he portrays women in his films. Definitely a feminist filmmaker who told these engrossing stories about the way women were treated in ancient Japan as they provide some of the most harrowing yet touching stories to be graced in the world of cinema.

Every year, there’s new blogs to read and discover. It makes it more fun as I had a hell of a time reading these bloggers so I want to thank Josh @ The Cinematic Spectacle, Ruth and the gang @ flixchatter, Nostra of My FilmViews, Fisti of A Fistful of Films, Brittani @ Rambling Film and Dan @ Public Transportation Snob for making 2013 a whole lot of fun. 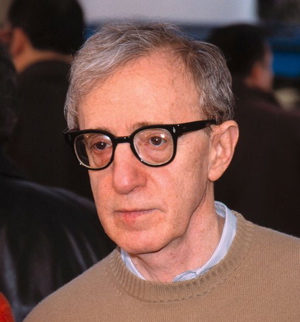 This year was a major accomplishment in terms of the filmmakers I chose to profile for 2013. Not just in the kind of films they made but also the individual themselves as filmmakers. The biggest profile I did was on Woody Allen whose body of work is massive and definitely overwhelmed me. I was also glad that I was able to profile more women filmmakers like Nicole Holofcener and Jane Campion as I don’t think women get the same kind of attention that men do as Holofcener and Campion are filmmakers who are among the best that are working today. The Auteurs series also allows me to go into a filmmaker’s body of work and already be set for whatever that person will do next.

5. Having Letterboxd as My Film Tracker.

One of the things about Letterboxd that I love is the fact that I can keep track of all of the films I watched this month. Though at times, it’s imperfect due a few things and not having every film available in the site. Yet, it gives me the chance to see what I saw in that month and what films were the best in that month. Even as I would use it to make lists where I can put links on the notes and know where I can find a certain film and such. It’s definitely the ultimate tool for the organized film buff. 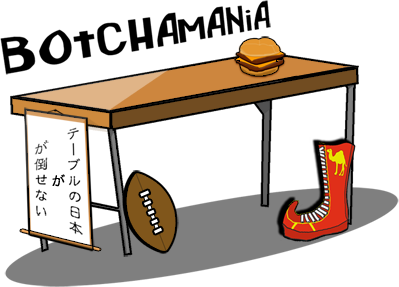 Wrestling in 2013 sucked. It was horrible. Watching WWE Monday Night RAW went from being a regular thing that I watch on Mondays to just being a bad habit where it no longer became fun to watch anymore where good things rarely happened. Thank goodness for Botchamania. An Internet clip-show that shows not just the goofs in wrestling but also all of the things in the past that boggles one mind while giving the wrestling fan something to enjoy and laugh at. Even as they poke fun of John Cena (who now has a new segment dedicated to him called Cena Talks Too Much), and Ryback whom I like to call Crybotch because he fucking sucks. Plus, I always get a kick at hearing the Iron Sheik say “Fuck!” at the end of every episode. 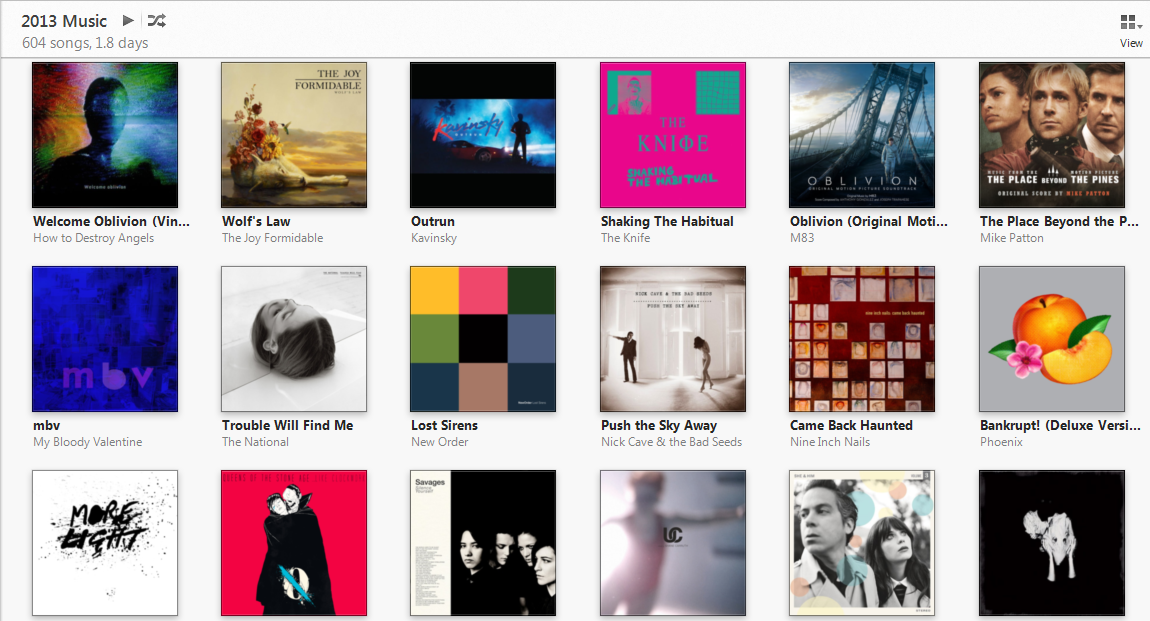 2013 was a great year in music. Not only because of the return of NIN but also of some artists I didn’t expect to come back and put out some great albums. My Bloody Valentine made an overdue return with a new album that is my favorite album of 2013 while David Bowie pulled a fast one and gave the world another great album. It was a year where I discovered some new artists like Savages, Chvrches, Sky Ferreira, and Disclosure but also heard some great albums from acts like the Yeah Yeah Yeahs, Queens of the Stone Age, Gary Numan, the National, Daft Punk, and many others. I will come out with a list of the 50 best albums of the year in my music blog as it’s certainly been one hell of a fucking year. 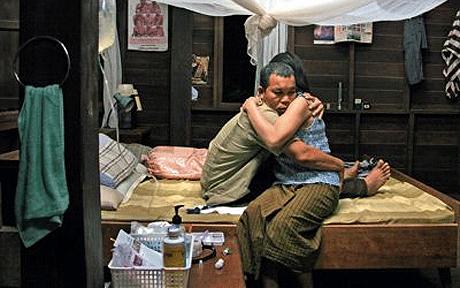 One of the highlights of being a film buff and looking into a bunch of films is the chance to make discoveries. It was a great year in terms of the films I saw ranging from Asian cinema as well as more films from Europe. Especially with the Cannes Marathon this past May where I saw all sorts of things where one of the highlights was in Uncle Boonmee Who Can Recall His Past Lives as I’m eager to see more of Apichatpong Weerasethakul’s work in future. 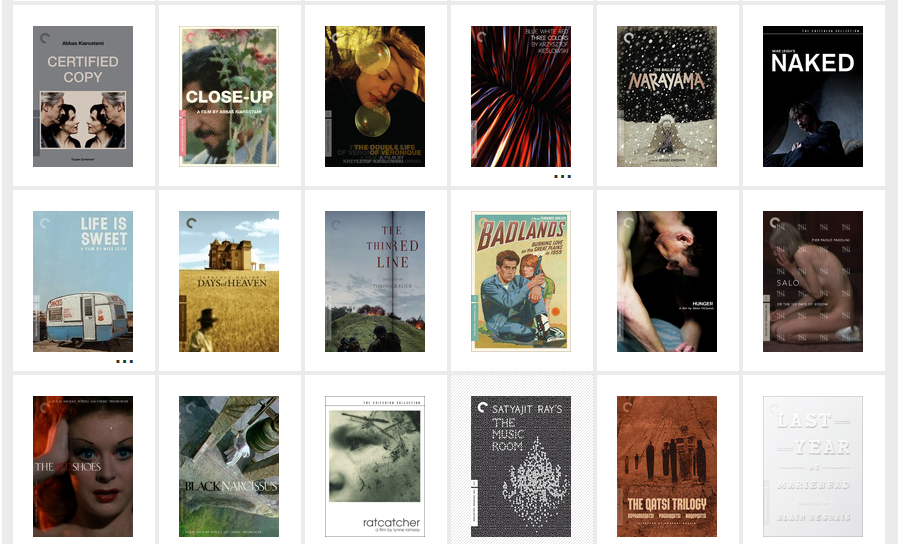 One of the aspects of being a film buff is the chance to take advantage of some sales as I have now expanded my DVD film library to 175 titles. Many of which are films from the Criterion Collection as some of my recent purchases are for next year’s Auteurs and upcoming Cannes Marathon. A lot of these films are movies I have never seen as I hope many of these blind purchases live up to their stature. 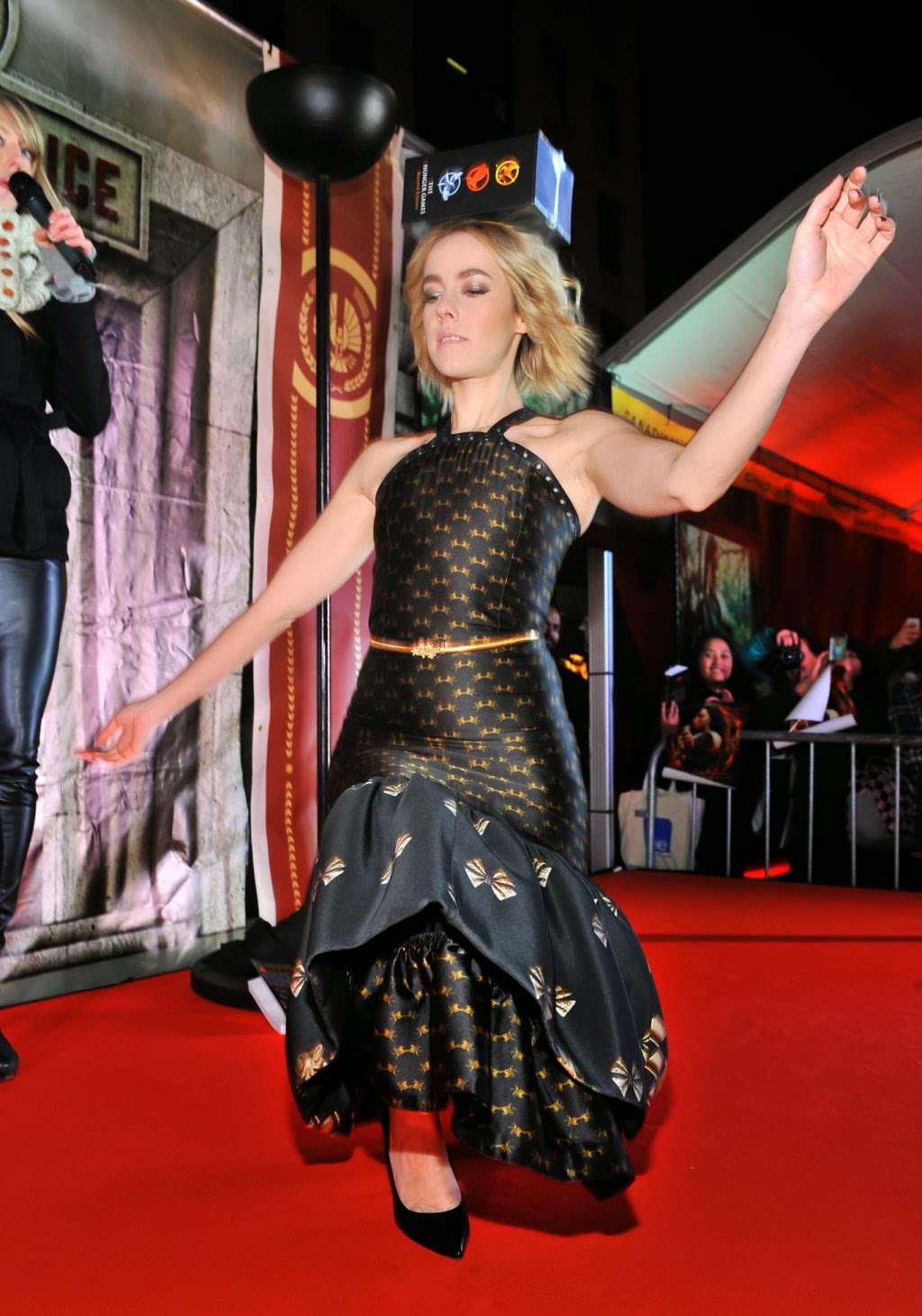 It was great to be a Jena Malone fan this year where not only did she kick ass in The Hunger Games: Catching Fire but she also managed to get some needed exposure as there was a feeling that she was going to be toiled back to obscurity after the failure of Sucker Punch in 2011. With some new films being lined up for 2014 and some new music from her outfit the Shoe. It’s just exciting to see someone I truly love to hear and watch finally getting some attention and proving to everyone that she is the BEST IN THE WORLD.

Well, that is all for 2013. It’s been one hell of a year and I think I will want to close this year with one of my favorite film clips of the year.

Email ThisBlogThis!Share to TwitterShare to FacebookShare to Pinterest
Labels: 2013, year-end

Interesting list of films! You saw some amazing films. Enter the Void is mind-blowing, the only film I can compare it to is Requiem For a Dream, in how it made me feel.

Lovers on the Bridge is a feast for the eyes(maybe I should have given it higher rating than I did).

Thanks for the shout out! I'm really impressed by the large number of movies you're able to watch and write about each week. That's quite a remarkable list of movies too.

@Dan Heaton-Thanks. I'm going to slow things down a bit. I'm not going to repeat what I did with the Woody Allen Auteurs piece. I'm spreading everything out for the year as I'm going to see a couple of Truffaut films this month as he will be an Auteurs subject in December.

Holy shit man, that is a lot of fucking films. And you watched some damn fine ones at that. I might keep track of everything I watch this year. I've honestly never done that before.

@Alex Withrow-That's what Letterboxd is for. It gives me a chance to keep track of everything as there's a list of films that I hope to see in the course of the new year.

Thanks again for coming on board with Cinema Axis! Your contributions have brought a nice diversity to the site.

@Courtney Small-You're welcome and I'm glad to be a part of the site.