The Technical Portion of the Oscars 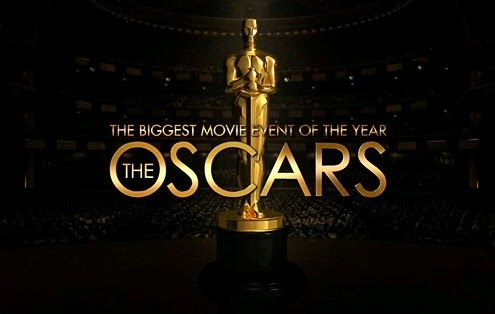 Filling in for regular Coen Brothers cinematographer Roger Deakins, Bruno Delbonnel brings a unique visual look to the film with its use of filters and soft focus to enhance much of the film’s interiors as it represents the journey of the film’s protagonist.

Who Should Win: Emmanuel Lubezki-Gravity

There is no cinematographer working today that deserves as much praise as Chivo has gained throughout the years in his work with Alfonso Cuaron and Terrence Malick. Chivo’s work in this film isn’t just unique for its lighting but also the naturalism he presents in the idea of what a world would look like in outer space as it’s truly some of the most innovative work in the field of photography.

Philippe Le Sourd’s work in Wong Kar-Wai’s film certainly lives up to many of the gorgeous visuals that is expected in Kar-Wai’s films. Much of it features some unique ideas of interior lighting and exterior visuals that are just rich with colors. It’s definitely the long-shot due to the fact that not many people have seen the film in its proper form.

Christopher Rouse’s editing is definitely one of the highlights of the film in the way it creates suspense and not devolve into the typical forms of chaotic-based action-film editing. The sense of terror that is prevalent in the film has Rouse taking on ideas of cutting to showcase the air of suspense and drama that plays out as it’s definitely some amazing work in that field.

While Martin Pensa and John Mac McMurphy do some excellent work in playing to the chaos of Martin Woodruff’s life before he discovers that he’s stricken with AIDS along with some moments in the drama. It’s very unlikely that this film will win as it’s going up against films that have manage to do more with its emphasis on editing.

The set pieces in this film set in the mid-19th Century before the American Civil War showcase a world that is rich in detail over not just how slaves lived in that time but also conditions of those surroundings. The contrast of the homes their masters lived in as well as the place Solomon lived in as a slave makes the film into a grand period piece that is just more about recapturing a moment in time.

The designs of the space stations, shuttles, and such is excellent though it does take a back seat to the film’s visual effects and cinematography. While its set design team does manage to put great detail into the look of those space stations, it’s likely that it won’t win since it’s going up against a lot of period films.

Catherine Martin is known for creating lavish costumes as her work in The Great Gatsby is no exception in the way she created the dresses the women wear as well as the suits that are worn by the men. The attention to detail is grand as it adds to the sense of decadence in the film.

Chang’s work in The Grandmaster in the costume design is another film that is a period piece where the costumes not only play to the visual texture of the film. It also plays to the characters in the moments they are in the film as it spans from the late 1930s to the 1950s. Much of it would showcase some of the melancholia that the characters would endure in the film’s third act. Yet, it’s the long shot of the nominees due to the fact that it’s not as lavish as the other films.

The makeup work in the film enhances not just the look of two of the film’s major characters but also play into the struggle they face as they’re stricken with AIDS. Especially as Matthew McConaughey has to put on a different hair and mustache while Jared Leto has to wear layers of makeup as this transsexual drag queen.

Steve Prouty’s work in making Johnny Knoxville as an old man definitely deserves some recognition as it’s likely that it’s proud to be the dark horse of the category because no one is willing to take it seriously.

The sound mixing in the film is truly astonishing not just for the layers of sound but how they’re intertwined to play into the sense of chaos that Sandra Bullock’s character has to deal with. Especially in the way the debris that she and George Clooney have to deal with in how they sound flying onto outer space as it’s truly sound design at its finest.

The action-war film definitely has the kind of sound work that is expected in these kind of films. Even as it’s a film about survival and such though it’s very unlikely that it will go up against the other films it’s nominated against.

The Hobbit: The Desolation of Smaug-Brent Burge

Glenn Freemantle’s work in putting layers of sound to create something cohesive such as the scene where Bullock talks to a man that she doesn’t know is a key aspect of the film’s sound editing. Even as it helps play into the texture of sounds that would blend with one another in some of the film’s intense moments.

A film that largely takes place in the sea, the sound editing in this film is definitely unique and quite amazing that it’s the only nomination the film received. Yet, it’s definitely the long-shot since it’s going against films with a higher-profile.

The visual effects work in this film to create an idea of life in outer space is astronomical in not just its realism but also in how outer space itself is a world that is just terrifying. The look of Earth and the way satellite debris is able to destroy things just goes to show why being an astronaut might not be a good idea.

While the visual effects in the third Iron Man are spectacular, it doesn’t really do anything though the team should get credit for adding some grit into the visual effects. Especially in the way the real Mandarin looks as well as some of the stuff that Iron Man does for the film.

Who Will Win: Steven Price-Gravity

Steven Price is new to the category as his score is a mixture of orchestral bombast and soothing ambient-based cuts definitely plays to the theme out of outer space. Especially as it goes into the element of suspense and terror in its orchestral arrangements and ambient for the dramatic moments.

The score from Arcade Fire’s William Butler and Owen Pallett is very unconventional as it plays to some of the film’s melancholia with its emphasis on a low-key score ranging from folk to somber piano pieces. Especially as it also has a take on ambient music which included an original track from Arcade Fire for the film.

There’s no question in how brilliant John Williams is as his score is another of his orchestral-based score that emphasizes on drama and suspense. It has a lot of the typical arrangements that Williams is known for though he’s the long-shot this time around since it’s the only nomination this film has received.

What Will Win: Kristen Anderson-Lopez & Robert Lopez-Let It Go from Frozen

The song is definitely one of the most inspirational and heartfelt songs that is created for the film as it’s sung by Idina Menzel who puts a lot of the anguish of her character in the song. Even as it plays to a snow princess just trying to sort herself out as it’s the kind of song that wins these kinds of awards but one that actually earns it.

What Should Win: Karen O & Spike Jonze-The Moon Song from Her

The song is a truly simple yet beautiful track as it was a just an acoustic ballad sung as a lullaby of sorts though it’s really a love song between a man and his operating system. It’s really one of the most unconventional love songs but one that is just lovely to listen to.

Pharrell Williams is a superb songwriter in the form of pop, hip-hop, and R&B as he creates a very upbeat song that definitely fits in the tone with the film. It’s a song that is catchy and simple though it’s the long shot in the category.

Email ThisBlogThis!Share to TwitterShare to FacebookShare to Pinterest
Labels: academy awards, the oscars

I don't usually pay much attention to the technical awards though they're are definitely as important as the acting awards. I'd think Emmanuel Lubezki's a lock for GRAVITY? I sure hope FROZEN wins Best Song though.

Chivo better win the Cinematography Oscar or I'm going to go Kanye at the Oscars. Frozen will win best song.

You think Chivo is going to lose the Oscar?! I know the guy has been screwed over a lot by the Academy, but I really hope that isn’t the cast Sunday night.

@Alex Withrow-I don't want to believe it since Deakins hasn't won the Cinematography Oscar either but if Chivo doesn't win. This motherfucker is going to go La Raza on the Oscar homes.