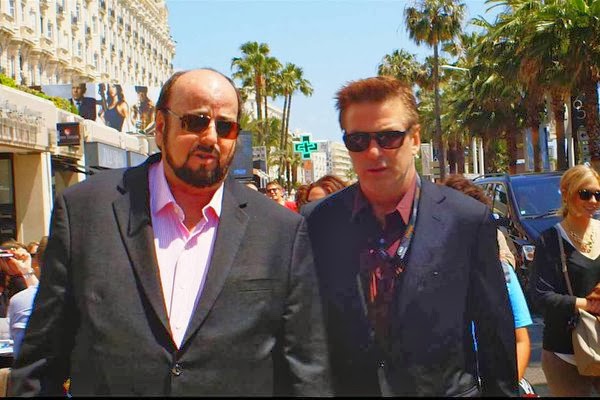 Written and directed by James Toback, Seduced and Abandoned is a documentary film in which Toback and Alec Baldwin explore the world of film financing as the two attend the 2012 Cannes Film Festival in their attempts to fund a remake of Last Tango in Paris that Toback will direct and Baldwin will star in. The film not only explores the difficulty of funding but also the way industry works as it features interviews from actors like Ryan Gosling, Jessica Chastain, Diane Kruger, and James Caan as well as filmmakers Martin Scorsese, Roman Polanski, and Bernardo Bertolucci. The result is a fascinating yet sobering film about the difficulty of getting finance for a film.

The world of film financing in the early 21st Century is far more different than the period in the 1960s through the 1980s as filmmaker James Toback and Alec Baldwin decide to document their journey to secure funding for a modern-day remake of Last Tango in Paris that Baldwin will star in with Neve Campbell. Baldwin and Toback travel to the Cannes Film Festival where they talk to producers and such about getting $25 million for this project as it would turn out to be very difficult. Filmmakers such as Roman Polanski, Francis Ford Coppola, Martin Scorsese, and Bernardo Bertolucci reveal not just the difficulty of getting their films made but also the bullshit in what they have to do to get the money being made.

With the Cannes Film Festival as a backdrop where it is considered a place that celebrates cinema. There’s this other side of the festival where it’s an industry where Toback and Baldwin try to figure out what these financers want as some of their requests and suggestions have some valid ideas but some of it proves to be very difficult. It’s all about selling the film as Neve Campbell’s name doesn’t draw money as Jessica Chastain and Ryan Gosling are also interviewed for the film as they were names suggested to Toback. Though Chastain and Gosling are names that can draw some attention, they’re still actors who understand the process as they were also interested in Toback’s project along with Diane Kruger. Berenice Bejo reveals how different the industry in France is where it’s more about the film than the name as Bejo’s name was even mentioned to a producer who has no clue who she is despite being in The Artist.

With the help of cinematographer Ruben Sluitjer and sound mixers Philippe Goubert and Kevin Pate, Toback creates something that is loose and free-flowing while using a lot of humor into the film. Even as he opens a quote from Orson Welles where he says that 95% of making the film is getting financing and the other 5% is actually making the film in shooting and editing. Editor Aaron Yanes brings in a unique approach to the editing with not just elements of style but also incorporating clips of some classic films but also pictures to play into the festival’s history but also how much things have changed from the 1960s to now. The music in the film is mostly classical as well as pieces from other films as Toback would also use it for humor where he would meet other financers and producers including Taki Theodoracopulos who talks about the hesitation about funding a film.

Seduced and Abandoned is a superb film from James Toback about the world of film financing. The film is a must-see for film buffs and aspiring filmmakers about that world as well as the difficulty of getting people to be part of that film. Even as it’s set in a world that celebrates cinema like the Cannes Film Festival as it showcases a world where the industry and the films themselves converge. In the end, Seduced and Abandoned is an extraordinary film from James Toback.

Wow, this sounds fascinating, it's one of those topics that's rarely explored. Great find here Steven, I've shared it via Twitter as I think cinephiles should see this.

Really glad you were able to check this one out and liked it so much. Definitely a must for aspiring filmmakers.

@ruth-It was on HBO and I knew I had to see it. All of the bullshit in needing to compromise just makes it tougher for the filmmakers who just want to make good films while money is being wasted on shit.

@Alex Withrow-Thank you for recommending this as it frightened me on how much bullshit a filmmaker has to endure just to get money to make a film.

I just reddited this Steven: http://www.reddit.com/r/moviecritic/comments/1x02yy/seduced_and_abandoned_2013_a_fascinating_hbo/

I don't have cable TV and I've searched on Google on how to view this, even tweeted HBO doc about it but got no response. I wish Netflix would carry this.

@ruth-That sucks. I really think it should be available in any way or form. I just tried to find a torrent on this film but it's not available.