For the second week of March of 2017 as part of the Thursday Movie Picks series hosted by Wanderer of Wandering through the Shelves. We venture into the often polarizing idea of sequels, reboots, and remakes but of films that never had one. There are so many that can have one of those but either it’s often a letdown or it’s something else entirely. This is about films that I want to see as I’m going to list a couple of films that could’ve had sequels that are either in development hell or just scrapped.

For anyone that has followed the world of film and what has been going on is probably aware that any chances for a third Hellboy film is not going to happen. It’s sad because the second film wasn’t just a sequel that was better than its predecessor but it’s also a film that manages to be so much more than just a typical summer blockbuster. It’s very funny, it’s got loads of dazzling effects that mixes practical and CGI, it’s full of excitement, and it has characters you care about. Guillermo del Toro definitely needs to make another one I’m sure there’s fans that want to know what Hellboy, Liz, Abe, and the rest of the gang are doing saving humanity from evil. Plus, who doesn’t enjoy Hellboy and Abe listening to Barry Manilow while drinking beer? 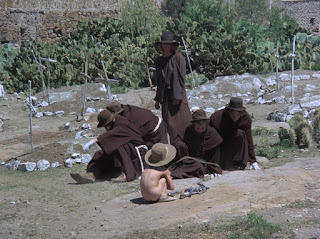 El Topo is a film that definitely helped created the wave of the midnight movies as it’s a very strange western that doesn’t play by the rules. Yet, Alejandro Jodorowsky’s cult classic still has the ability to shock not just in its approach to violence but also in going completely left field in what Jodorowsky wanted to do. For years, Jodorowsky has been wanting to make a sequel called Sons of El Topo as a comic of that story has been released. Yet, it’s very unlikely that a sequel to El Topo would be made but I’m sure if there’s someone willing to spend a lot of money just to see that. It will be awesome. 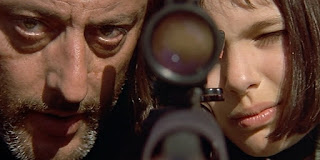 Luc Besson’s 1994 film is definitely one of the finest action films ever made. Not only is it a film that introduced audiences to Natalie Portman but also career-defining performances from Jean Reno and Gary Oldman. There has been rumors about a sequel devoting entirely to Portman’s character of Mathilda. That would be a film that I’m sure many would see where Mathilda has become an assassin and kills people for a living while dealing with aspects of her past. Portman has stated that she would do it only if Luc Besson would direct the film.

I've only seen The Professional of those three which as a film is rather far-fetched while still being entertaining. Gary Oldman's character goes over the top by the end but that doesn't diminish his fully committed performance. The stand outs though are Jean Reno and Natalie Portman. It would be interesting to see Mathilda's story continue if they can get Besson and Natalie Portman to return, otherwise leave well enough alone.

This was a fun week since it allowed some flights of fancy and wishful thinking. Since we had multiple choice on the theme I went with the remake & sequel options. Sequel first:

The Man from U.N.C.L.E. (2015)-Sequels are tricky affairs usually a lesser shadow of the original but occasionally as with Aliens it works out well so I’m usually hopeful. Man from U.N.C.L.E. was a stylish, fast paced affair with a terrific vintage look and relaxed, enjoyable performances from the three leads and Hugh Grant as their wry boss. It didn’t perform as well as expected so this probably won’t happen which is too bad since it was a more realistic adventure with less reliance on CGI than most current actioners.

And two remakes:
Like you I’m not much for remakes of classics, what’s the point? You can’t improve on perfection so unless a new perspective or element can be added leave well enough alone. My first is an example of adding a different element. However sometimes a good idea receives faulty execution, occasionally even the best filmmakers stumble and then I say have at it. That would be my second.

8 Women (2002)-This French musical mystery farce is a one of a kind concoction, wonderfully entertaining with a cast full of the best feminine Gallic cast of the day (Catherine Deneuve, Fanny Ardant and Isabelle Huppert among them). It would have been hard for it to turn out better. But since women’s films and musicals are thin on the ground despite the abundance of talent available an American remake would be great to see especially since the cast runs across all adult age brackets, hell it even has a custom made role for Angela Lansbury as the matriarch.

Topaz (1969)-Every great director has a lemon in their filmography, this exercise in boredom is Alfred Hitchcock’s. Sluggish to the point of ennui and indifferently acted it was difficult to get through even once. The thing is the basic story, a Russian agent defects and during his interview tells of another supposedly friendly country’s spy ring that is selling high risk secrets to the highest bidder, is a good one and has great potential to be made into an excellent film. If the studios feel the need to remake the Master’s work than start with this fumble and not one of his successes.

I haven't seen the first Hellboy movie but the second was really good. It sucks it won't have a third installment considering all the other franchises that have been getting unnecessary sequels.

I love The Professional. Not sure I want a sequel, though. The story feels complete, to me. I'd be open to a third Hellboy, for sure. Haven't seen your other choice.

I haven't seen El Tupo but I would definitely watch sequels of the other too. Hellboy 2 was so good. I hated the first Hellboy, I had no desire whatsoever to see the sequel and it blew me away.

I would totally be down with a continuation of The Professional, because who doesn't want to know what happened to Mathilda? Great post!

@joel65913-I've only seen bits of The Man from U.N.C.L.E. but not enough to form a full opinion of it. I'm sure it could be a franchise. A remake of 8 Femmes.... I would be cool with that as long as Ozon has some involvement as it's one of my favorite Ozon films. I can see the likes of Meryl Streep (as Isabelle Huppert's character), Octavia Spencer (as Firmine Richard), Anne Hathaway (as Virginie Ledoyen), Elle Fanning (as Ludivine Sagnier), Cate Blanchett (as Fanny Ardant), Scarlett Johansson (as Emmanuelle Beart), and Betty White (as Danielle Darrieux). I have no idea who should play Catherine Deneuve's character. That is such a fun film and definitely taught me some words in French.

@Big Screen Small Words-I want a Hellboy III. I'm sure there's many that would want one.

@Wendell-You have to see El Topo. It's pretty much one of the reasons midnight movies exists.

@Brittani-You didn't like the first Hellboy? Wow.... you should also see El Topo. It's quite extreme and off-the-wall but it's truly a film that everyone needs to see.

@Courtney-I too would like to see what happened to Mathilda as Natalie Portman would be on board for a sequel if Luc Besson is directing it.

For some reason I completely forgot about Leon! It is totally a sequel I've been wanting to see.

Hellboy is fun and I would go for a remake. I have not seen El Topo but need to revisit The Professional. I thought that film was great and it made me love Jean Reno. It would be cool to see a remake but i would have it that she is married and seems the typical mom until people enter her life and you find out her big secret...that she was a hit woman at one time. I would make sure that her family is aok because usually films like to kill off family members.

@Wanderer-I would be for it too as long as Portman and Besson are involved.

@Birgit-Hellboy doesn't need a remake but it needs a sequel. That premise has been done before in a movie called The Long Kiss Goodnight.

@Sati-That is true as Besson needs to do something to make us want to see a film about Mathilda.

I'd be up for a Leon continuation.

@vinnieh-I would too as long as it's helmed by Besson and stars Natalie.