For the first week of April of 2017 as part of the Thursday Movie Picks series hosted by Wanderer of Wandering Through the Shelves. We focus on the world of cars and racing as it’s a sub-genre of cinema that has an audience. Especially as it is about the cars that people love and wanting to go very fast. 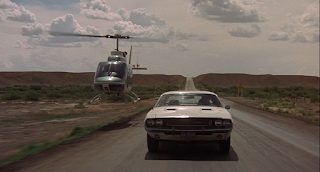 One of the finest cult films of the 1970s as it’s about a guy who drives from Denver to San Francisco on a 1970 white Dodge Challenger as he is guided by a blind DJ. It’s really a film that play into a man defying everything around him as he copes with loss and disdain for authority. Chased by the police, the character of Kowalski (Barry Newman) just does whatever he can to survive as it’s a very influential film referenced in the world of popular culture such as the 1997 album of the same name by Primal Scream and referenced in Quentin Tarantino’s 2007 film Death Proof. 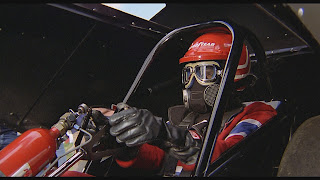 From David Cronenberg comes a film where for anyone who has followed his career would see this as some weird anomaly. Yeah, it’s about drag racer who tries to help his protégé in the world of drag racing as they deal with corruption due to his manager. The film has a lot of B-movie elements as it’s about racing and beautiful women yet it is an entertaining film from Cronenberg that really kind of pre-dates his fascination with cars that would finally come to a head in his 1996 film Crash. 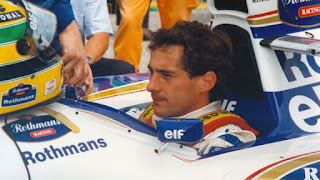 One of the finest documentaries in this current decade is about a racer but one of the finest Formula One racers that ever lived. Told through archival footage by Asif Kapadia, the film showcases the life of Ayrton Senna as he was considered a people’s champion in his native Brazil. It’s also a film that talks about the world of Formula One and the tragedy that led to Senna’s death during a race on May 1, 1994 at the San Marino Grand Prix. For anyone that wants to know anything about Formula One, this is the film to see.

I would put Rush in my list. And a big honourable mention for the Bond movies.

I've only seen Vanishing Point which is a decent film which would have benefited from a more charismatic leading man than Barry Newman, it would have made a great Steve McQueen vehicle.

I've heard of Fast Company but never got around to it, I'll have to correct that now that I see John Saxon is in it, I have a soft spot for him.

Senna sounds worth a look as well.

I'm not a big race fan (nor much of a gear head) but was surprised when I was casting about how many films of this type I've seen. Mine are more obscure, the last one deservedly so, but I just love my second which is a light hearted lark.

Winning (1969)-Frank Capua’s (Paul Newman) dream is to win the Indy 500 and he is spurred on by his messy private life including a troubled marriage to Elora (Joanne Woodward) who is also involved with his main rival Luther Erding (Robert Wagner). The film inspired Newman’s lifelong love of racing and has some exciting scenes of the sport. While it doesn’t deliver on its ambitious tagline “WINNING is for men who live dangerously! WINNING is for women who love recklessly! WINNING is for young people who live for now! WINNING...is for everybody!” it’s a decent film with many of the stars of the racing circuit making appearances.

The Great Race (1965)-At the beginning of the 1900’s The Great Leslie (an all in white clad Tony Curtis) and his arch nemesis Professor Fate (Jack Lemmon equally black covered with a handlebar moustache and top hat to boot) compete in the title race from New York to Paris with henchmen in tow, Hezekiah (Keenan Wynn) for Curtis and Max (a hilarious Peter Falk) for Lemmon. Also competing and covering the race for The Sentinel newspaper is pioneering and rambunctious reporter Maggie DuBois (Natalie Wood at her most beautiful). MANY complications occur along the way including a western town brawl and shootout and an enormous pie fight. Blake Edwards directed tribute to slapstick and old time serials is zany fun with beautiful costume & set design, a game cast and for car lovers fantastic automobiles. The score was provided by Henry Mancini and includes the Oscar nominated “The Sweetheart Tree”.

The Big Wheel (1949)-Watch out Mickey Rooney’s on the skids in more ways than one! Billy Coy (Rooney) has something to prove, his father was a legend in the midget race car game until his death in a crackup, now Billy is trying to show his worth. The story is standard cocky hothead knocked down a few pegs until his learns the necessary life lessons junk but if you're a race fan and don't mind the obvious rear projection shots it has a certain entertainment value. Additionally parts were filmed at the Indy 500 raceway providing a glimpse of it in its infancy. Aside from Rooney there’s a good cast including Spring Byington, Thomas Mitchell and in a small part Hattie McDaniel in her last theatrical feature. This was made just as the Mick’s major star period was ending.

80’s Flashback Bonus-Catch Me If You Can (1989)-When her small Midwest high school faces closure class president Melissa Hanson (Loryn Locklin) is persuaded by school bad boy Dylan Malone (Matt Lattanzi) to gamble on the illegal car races he runs. Everything goes well at first but then the local mob moves in so Melissa and Dylan take drastic measures to save ol’ Cathedral High! Full of 80’s music (the film’s score is composed and performed by Tangerine Dream) 80’s fashion and of course 80’s hair complete with headbands!

I haven;t watched Fast Company, but I really liked Senna. It was a very heartfelt piece, you know. Glad you liked it, too.
I almost picked it, too, before I picked some other films, which aren't directly about racing.

Despite being a Cronenberg fan I haven't heard of Fast Company. but yeah...doesn't sound like the usual body of work.

Glad you went for Senna. Senna's death brought in some many safety changes. Took another twenty years for a F1 driver to die as a result of an accident in an F1 event.

I remember Vanishing Point-it's pretty good and now i think of the 70's film Duel. I haven't seen the other 2 but Senna is on my list to see now

I haven't seen any of these, but Senna probably would interest me the most.

@vinnieh-Rush was originally in my list but I realized that everyone was going to mention that film so I had to go for something different.

@joel65913-I think Barry Newman was right for that role as it's a very different movie from what Steve McQueen is known for. The films you mention I have never heard of but I'm glad you went for that obscure route.

@assholeswatchingmovies.com-I want to fucking see that. It's Edgar Wright. I ain't saying no to him.

@Paskalis Damar-Fast Company is kind of an obscure film. Especially someone from Cronenberg but if you don't take it seriously. It's an enjoyable film.

@Myerla-It was something he made for money but he also had a love of cars. It's kind of a B-movie but it's fun.

@Birgit-Senna is a must-see. It's pretty much one of the best documentaries of this current decade.

Brittani-Vanishing Point (whether in its U.S. version or the extended U.K. cut w/ Charlotte Rampling) is pretty much a definitive cult film that has to be seen while Senna I think you would find to be very interesting.

Can't believe I still haven't seen Vanishing Point. I need to get on that shit.

@Wendell-It doesn't come on TV very often but if it does. Make sure it's the original as the version I want to see is the extended U.K. cut w/ Charlotte Rampling's brief appearance.

I haven't seen any of these but I did have an interest in Senna, even though I'm not interested in Formula One. I'm a fan of Asif's other films.