For the 15th week of 2018 as part of Wandering Through the Shelves' Thursday Movie Picks series hosted by Wanderer. We forge into the subject about films about films. Films about the art filmmaker whether it’s fictional or something that is happening behind the scenes. Here are six picks for this subject. One list involving narrative-based films about making films and the second list about real-life stories of making films. 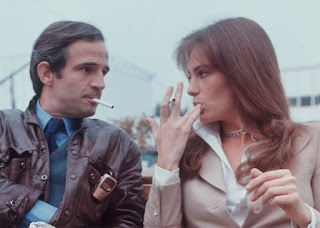 From the legendary Francois Truffaut comes one of his greatest triumphs as it explores the ups and downs of making a film. It’s a film that explores what it takes to make a film as a filmmaker, played by Truffaut, is dealing with a depressed English actress and all sorts of things. It’s a film told with a lot of humor but also play into Truffaut’s fascination with love as characters sleep around with each other as well as it all plays into the turbulent relationship for a filmmaker and cinema. 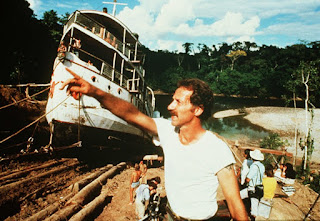 From director Les Blank comes one of the greatest making-of films ever as it explores the intense production of Werner Herzog’s 1982 film Fitzcarraldo. A production that was intensely troubled when it began in 1980 with Jason Robards in the titular role and Mick Jagger as his loyal assistant. Things unfortunately go wrong when Robards was ill and had to go home while Jagger went on tour with the Stones forcing Herzog to create a new film with longtime collaborator Klaus Kinski replacing Robards while Jagger’s role was scrapped entirely. It also shows Herzog’s supposed disdain for nature as he tries to do the impossible by dragging a two-ton steamship on top of a fucking mountain.

3. Hearts of Darkness: A Filmmaker's Apocalypse 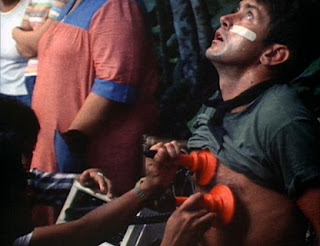 It’s no question that Apocalypse Now is one of the finest films ever made yet the story about the making of the film is just as compelling. Featuring footage that was shot by Francis Ford Coppola’s wife Eleanor, the film showcases the chaos that occurred during production where Coppola had to endure horrible weather, rising production costs, Marlon Brando arriving to the set overweight and not reading his lines, Martin Sheen having a heart attack, and all sorts of shit. It’s a film that showcases the air of insanity that occurs during a big production that would nearly kill any filmmaker as Coppola himself almost went insane during the production. It’s a compelling documentary that shows what goes on in big-budget filmmaking and how things can go wrong and the balls that it takes to create something that many people wouldn’t forget. 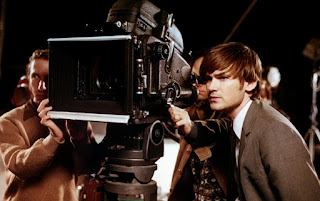 From Francis’ son Roman is a film about a film editor working a sci-fi film called Codename: Dragonfly while borrowing equipment and film for his own project as he deals with the chaos of finishing up the film he’s hired to work on. Starring Jeremy Davies as a young filmmaker working as an editor for this sci-fi film, it showcases a moment in time where things are to change as this young man finds himself falling for the film’s star just like the film’s original director. With a cast that includes Gerard Depardieu, Giancarlo Giannini, Elodie Bouchez, Jason Schwartzman, Billy Zane, Angela Lindvall, Dean Stockwell, and Roman’s sister Sofia in a cameo appearance. It’s a fun debut film from Roman.

With the film The Man Who Killed Don Quixote finally getting ready to come out after nearly 20 years of work, the 2001 documentary about Terry Gilliam’s first attempt in making the film is truly an astonishing experience that shows the audience what can go wrong. Among them is location issues, a poor soundstage, acts of God, and the wonderment over whether the production is cursed. It’s a mind-blowing documentary that showcases the many things that can go wrong as it would mirror many of the tribulations that even Don Quixote would endure in his story.

From Ben Stiller comes a comedy about the making of a war movie where everything goes wrong with the biggest problem being the egos among its three main stars. With Stiller playing a fading action film star, the cast includes Robert Downey Jr. as an Australian method actor who takes on roles to great extremes as he plays an African-American platoon sergeant, Jack Black as a comedy actor with a serious drug problem, Brandon T. Jackson as a rapper trying to sell his endorsements, and Jay Baruchel as a newcomer. Add Matthew McConaughey as Stiller’s agent, Nick Nolte as the film’s author, Danny McBride as the special effects man, and Tom Cruise in one of the best performances of his career as a fat, balding, profanity-spewing film producer as it is a crazy-comedy about what happens when actors find themselves in a situation that becomes real life.

I haven't seen any of these but they all sound interesting. I'll definitely check out Lost in La Mancha as I'm interested in seeing The Man Who Killed Don Quixote.

I didn't realize there was a film about making Apocalypse Now. I'd watch that. The only one of your picks I've seen is Tropic Thunder which I loved.

Your first two are wonderful films. Day for Night is one of the few foreign films that I'll return to on occasion to watch again, some of that has to do with my love of Jacqueline Bisset but it is a very fine picture. As far as Burden Herzog is a very intense and committed person that's for sure. I haven't seen some of the others but while I didn't think as much of it as others seem to Tropic Thunder was a fun view.

I didn't come up with as many but I'm a big fan of my three:

Hollywood Story (1951)-Producer Larry O’Brien (Richard Conte) decides to make a film of the infamous unsolved murder of a silent film director that had occurred decades earlier and remained shrouded in mystery. As he attempts to investigate during pre-production the truth begins to emerge and he finds his life in danger. We see behind the scenes of at the time modern filmmaking as well as the appearance of several one-time silent stars. Slightly reworked (probably because many of the participants were still living) version of the infamous real life murder of silent film director William Desmond Taylor which remains officially unsolved to this day and destroyed the careers of silent stars Mabel Normand and Mary Miles Minter and rocked the 1922 film community.

The Bad and the Beautiful (1952)-Movie producer Jonathan Shields (Kirk Douglas), ruthless and opportunistic claws his way from bottom of the barrel movies to the apex of studio system success. Along the way he enlists, uses and betrays movie star Georgia Lorrison (Lana Turner in her best screen work), director Fred Amiel (Barry Sullivan) and writer James Lee Bartlow (Dick Powell) making sworn enemies of each. Now down on his luck Shields, though his agent (Walter Pidgeon), attempts to involve them in a collaborative project but old wounds are not so easily healed. Nominated for six Oscars it won five including Adapted Screenplay and Supporting Actress (Gloria Grahame-a great actress but her role is a nothing).

Contempt (1963)-Writer Paul Laval (Michel Piccoli) is hired by boorish American producer Jeremy Prokosch (Jack Palance) to contemporize his current film’s script about Ulysses which he feels director Fritz Lang (who plays himself) is making too prosaic. Heading to the Isle of Capri with wife Camille (Brigitte Bardot) in tow he becomes enmeshed in the process of filming as his marriage disintegrates in large part due to Camille’s resentment that Paul is using her to leverage his position in the production. Directed by Jean-Luc Godard.

I’ve only seen Tropic Thunder which is hilarious...love the film. I haven’t seen any of the other b7t I would love to see the La Mancha film as I love Terry Gilliam. I’d also love to see the documentary on Apocalypse Now because I have read what had happened and how it affected most of the film crew.

@assholeswatchingmovies.com-A lot of people don't really know that film but it's worth seeking as it showcases what goes on in the world of filmmaking.

@Sonia-I recently just heard that The Man Who Killed Don Quixote is going to be the closing film at the Cannes Film Festival as all I can say is.... "finally. It's coming out".

@Brittani-Hearts of Darkness is a must-see just to show how insane film productions can go.

@joel65913-Contempt is one of my favorite films by Godard as I'm hoping to finish his entire New Wave period.

@Birgit-Hearts of Darkness is a must as you will see all of the chaos that goes on and how it nearly killed everyone including its director.