For the 19th week of 2018 as part of Wandering Through the Shelves' Thursday Movie Picks series hosted by Wanderer. The subject, suggested by me in conjunction with the Cannes Film Festival, is favorite films that played at the prestigious festival held every May in the south of France. There’s so many to choose from as a lot of great films came at Cannes as well as some duds (Southland Tales, The Last Face, and The Brown Bunny). Here are my three picks for films that played at the Cannes Film Festival that I loved:

1. The Dreamlife of Angels 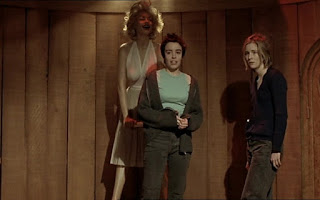 Winner of the Best Actress prize to both Elodie Bouchez and Natacha Regnier at the 1998 Cannes Film Festival comes a film by Erick Zonca about two women living on the fringes of society as they try to find work as they become friends despite their troubling circumstances. It's a film that doesn’t just explore loneliness and the need for companionship but also a look into women finding a place in a world that is resistant to progress. It is truly one of the finest European films to ever come out in the 20th Century as it needs to be seen by a wider audience. 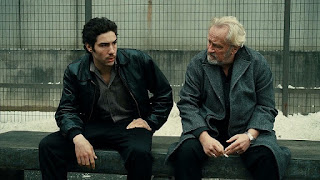 Winner of the Grand Jury Prize at the 2009 Cannes Film Festival comes Jacque Audiard’s riveting character study of a 19-year old North African-French prisoner who goes to prison where he would later become a crime boss ruling his own empire. Featuring a tremendous breakthrough performance Tahar Rahim, the film follows a man who is serving a six-year sentence for assaulting a cop as he would learn how to survive as well as become his own man as it is an unusual coming-of-age film that is gritty but also intoxicating to watch.

Co-winner of the Jury Prize at the 2007 Cannes Film Festival is a film from Carlos Reygadas that explores the Mennonite community in Mexico where a farmer is having an affair with another woman that would eventually shake up his entire family life. It’s an unusual film that will definitely challenge viewers due to its slow pacing and lack of conventional narrative yet it has these elements in its cinematography and sound design that are engaging in the way it captures a world that not many people know of. Even as it’s willing to tackle the idea of faith and devotion in this small community that is often tempted by elements of the outside world.

Oh dear I've come a cropper this week having seen none of this trio. I have heard of A Prophet but just haven't gotten to it yet. The others sound worthwhile.

I thought perhaps there was a chance we might match with my first pick since I noticed you wrote it up the other day so I didn't comment on it. Glad to see you liked it. I'm always down for Barbara Stanwyck even with an Irish accent!

Rome Open City (1945)-In Nazi occupied Rome regulations have been somewhat relaxed so the inhabitants can move freely during daylight but danger still lurks everywhere as food is rationed, curfews enforced and resistance fighters rigorously hunted. This focuses on the search for one freedom fighter and the people working to help him. Directed by Roberto Rossellini with a fierce lead performance from Anna Magnani this was the leader in the birth of the neo-realism movement. It won the Grand Prize of the Cannes Film Festival in 1946.

Cranes Are Flying (1957)-In Moscow as the winds of World War II approach young lovers Veronika (Tatyana Samoylova) and Boris (Aleksey Batalov) watch the cranes fly overhead and promise to rendezvous before Boris leaves to fight. Boris misses the meeting and is off to the front lines, while Veronika waits patiently, sending letters faithfully. After her house is bombed, Veronika moves in with Boris' family and seeming safety. But Boris’s cousin Mark has darker intentions and as the war rages sorrow spreads in all directions. Winner of the 1958 Cannes Grand Prize.

I haven't seen any of these but I'm going to throw all three in my Netflix queue if I can. They sound interesting.

First off...this is a great choice for a week’s theme u fortunately I haven’t seen an6 of your picks but I wish I could, you gave an excellent review with a plot that I want t9 learn more. I marked them down but not sure when I can see them

I haven't seen any of these but I'll check them out.

A Prophet is the only one that I know of and have always heard good things.

@joel65913-I've seen all of your picks as they're excellent choices that won the Palme d'Or. Cannes is my favorite film festival in terms of its pageantry and willingness to discover all sorts of films from places all over the world.

@Brittani-I doubt they would have these films at Netflix. MUBI or Filmstruck seems like the more ideal place to find these films.

@Birgit-These aren't easy films to find as I was fortunate to watch a couple of them on IFC and Sundance (when they actually played different movies instead of what they're doing now).

@Sonia-I hope you get a chance to see these films.

@Wanderer-That is a great film and truly it's a prison film that is unlike many others.