For the 37th week of 2018 as part of Wandering Through the Shelves' Thursday Movie Picks series hosted by Wanderer. We venture into the idea of good remakes. Remakes are becoming common in recent years though it can be said that a lot of them really fucking suck. Yet, there are a few remakes that manage to be as good or as better than the original. Here are my three picks: 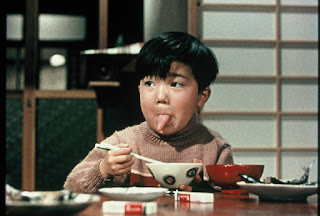 A loose remake of Yasujiro Ozu’s own film I Was Born, But… from 1932 is the story of two boys who try to get their father to keep up with the times by wanting a TV. It’s a film that play into some of the troubling aspects of modernism but also a story of innocence as it relates to two young boys who go to a friend’s house to watch baseball and sumo wrestling though their father isn’t interested in conforming to the Westernization of Japan. It’s one of Ozu’s more accessible films that should be seen as this isn’t the first time he re-made one of his own films from the past as he would do the same for Floating Weeds in the 1950s that he re-made from A Story of Floating Weeds back in 1934. 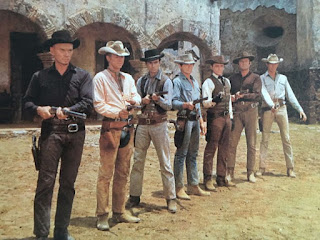 One of several remakes of Akira Kurosawa’s The Seven Samurai, this is definitely the most famous in John Sturges’ film that featured the likes of Yul Brenner, Steve McQueen, Charles Bronson, James Coburn, Robert Vaughn, Brad Dexter, and Horst Buchholz as the seven cowboys who try to protect Mexican villagers from bandits who are led by Eli Wallach. It is a western that is filled with a lot of excitement and drama as well as being faithful to Kurosawa’s epic samurai film. 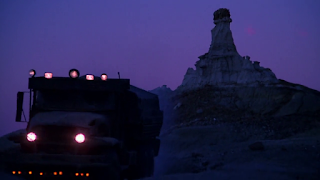 A remake of Henri-Georges Clouzot’s The Wages of Fear comes a film from William Friedkin that is finally getting its due after a poor commercial reception when it first came out in 1977 around the same time Star Wars was in theaters. With a lot of reassessment over the film since its release, it is definitely a rare remake that is an equal to its predecessor as it’s about a group of criminals on the run who are tasked to drive two trucks through the jungles of South America with nitroglycerine as their cargo to stop an oil fire from spreading. It is a film that remains intense and gripping that includes the scenes on a decayed bridge where the two trucks try to cross it. Suspense-thrillers of this magnitude still doesn’t reach the heights of what Friedkin did with this film.

The first one is new to me but the other two are fantastic films. Magnificent Seven isn't something I rewatch very often but it is a vigorous exciting film. I don't know if I'd say Sorcerer is the equal of Wages of Fear, that's an awfully high bar to meet but on its own terms it is a raw powerful picture. I saw it on its original release, in a nearly empty theatre and thought it was wonderful and intense (I saw it before Wages of Fear) and was sorry that it didn't do better with the public so I'm glad its being reevaluated now.

I guess one of the hidden perks of seeing so many films is that when a theme like this one comes along it's easier to come up with three good remakes than I thought it would be. Conversely coming up with 20 bad remakes would also be a snap!

Ocean’s Eleven (2001)-Freshly released from prison Danny Ocean (George Clooney) has a plan to pull off an elaborate heist of several Las Vegas casinos. He looks up his old pal Rusty (Brad Pitt) and together they gather a group of con men with various skill sets to pull it off. Excitement and merriment follow. The original Frank Sinatra/Dean Martin Rat Pack version has the germ of a very good idea and a very lackadaisical execution, the sequel improves on that idea in every aspect….well I wouldn’t say Julia Roberts is the equal of Angie Dickinson but otherwise it’s golden.

3:10 to Yuma (2007)-In the Old West impoverished farmer Dan Evans (Christian Bale) hires on with Pinkerton men to transport outlaw Ben Wade (Russell Crowe) through the hardscrabble trip to Contention to be put on the 3:10 train to Yuma and prison. Through the many hardships on the trail the two men form a grudging respect for each other which is sorely tested when Wade’s gang is waiting at the end of the journey. Hard, tough minded Western is based very closely on the excellent 50’s version of the same name that stars Van Heflin & Glenn Ford in Bale & Crowe’s roles. Both very entertaining films the ’07 version benefits from the flashy supporting turn of Ben Foster as unhinged henchman Charlie Prince.

Enchanted April (1992)-In 1920’s London upper middle class housewife Lottie Wilkins (Josie Lawrence) is neglected by her business minded husband and yearns to escape the constant rain and gloom of the city. Sensing her church acquaintance Rose Arbuthnot (Miranda Richardson) is in the same fix she proposes they rent an Italian villa for the month of April. Realizing they can’t quite afford it themselves they advertise for other ladies who might be interested. They receive only two replies, Caroline Dester (Polly Walker), a beautiful socialite seeking refuge from an endless string of facile admirers and Mrs. Fisher (Joan Plowright) a crusty, closed off lady who lives in her memories. After a hellious journey and a bumpy start the four women come under the spell of the beauty of the Italian villa (the cinematography is amazing) and surrounding grounds leading to a life changing experience. Based on a bestselling novel and originally filmed in a staid 30’s version (though with a good cast including Frank Morgan and Ann Harding) this adds a half an hour to the running time and vivid color to flesh out the story.

I've haven't seen any of your picks, but Freidken's name makes the 3rd one the most interesting to me.

I don’t know the first one at all. The last one I have not seen but know bout the original and now want to see this remake. I have seen The Magnificent Seven which is a great movie that comes from a great film by Kuwosawa.

Great picks, no surprise coming from you.

I also picked The Magnificent Seven. It is such a wonderful film, so exciting, thrilling and entertaining.

About damn time Sorcerer is getting its due. What dumb luck to be released right around Star Wars. Nothing was going to beat that film. I love The Wages of Fear but I also love what Friedkin did with that material. His movie is so damn intense.

@joel65913-The remakes of 3:10 to Yuma and Ocean's 11 are awesome as I haven't seen the original version of the latter. I still haven't seen Enchanted April as I didn't know it was a remake.

@Brittani-Sorcerer is a film many people need to see as it's a film still hasn't gotten its due. It's one of Friedkin's great films.

@Birgit-It's from Yasujiro Ozu and if you haven't seen anything by Ozu. Get out. Seriously.

@Wendell-Well, that's part of the reason why I do this. I always like to check something out that is out of my comfort zone as there's a lot of films by Ozu that I want to see.

@Alex-It's hard sometimes to pick something like Sorcerer over The Wages of Fear but it would still make a hell of a double-feature.