For the fourth week of 2019 as part of Wandering Through the Shelves' Thursday Movie Picks. We venture into the subject that is considered taboo amongst cinephiles which is essentially walking out on a film. However, there are films that are so extremely horrendous that one can’t help but walk out in disgust as it’s something that people have experienced. This was a tough subject to figure out as I admit to have seeing some horrendous films in theaters as I made a list about the worst films I had seen in theaters. Here are 3 films that I walked out on that includes one of the films on that list. 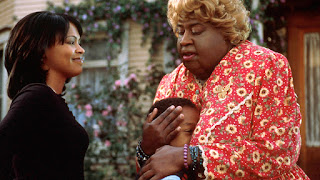 Martin Lawrence is funny when he’s doing stand-up or in the TV show he was in the 1990s. In films, not so much. Having him dress-up as a big fat woman with blonde hair however is just excruciating. It was not funny and it didn’t make me laugh where I forced myself to laugh but it didn’t work. Knowing where it was going in the end, I just walked out because it was so horrendous and laborious to sit through. They made 2 more films with Lawrence as Big Momma as I’ll just quote what a young kid said at a critics screening in the U.K. when the third film came out. “This is rubbish”. That quote made all the U.K. critics laugh. 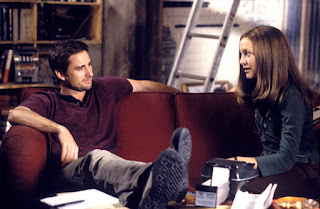 In late 2003, I went on a vacation cruise ship with my parents and sisters as we were all invited to go by longtime family friends. I didn’t really want to go on a cruise ship and as it ended, I never want to go there again. It was boring, it was full of endless buffets that is excessive and shows that were terrible. There was a movie theater in the ship where I did see a few films and some that were just horrible. Among them was Rob Reiner’s romantic-comedy about two novelist trying to create a book about a romance as it was awful. Starring Kate Hudson and Luke Wilson in dual roles as the writers and the characters in the book, it’s one of those boring failures of a film that makes you want to dive off a ship. 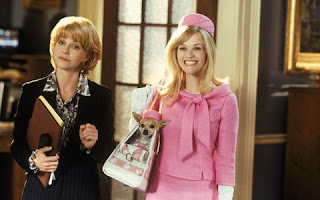 The one overnight cruise I took resulted in my first drunk enough to throw up hangover. And I had to deal with it in a foreign language. Having to watch lousy movies on top of that?

I have never been on a cruise but my hubby has no desire for these big cruises but we wouldn’t mind the small Viking cruises in Europe. I have no desire to see that Big Mama Movie. I have seen Legally Blonde 2 and it is truly horrible. Thankfully I haven’t seen the other one

I'm sure it wasn't funny at the time but your cruise ship story really made me laugh! I think the ship rocking that much would ruin any movie experience for me...yuck!

Unfortunately, I also went to the theater to see Big Momma's House. I couldn't leave. Mrs. Dell liked it. That means, I have seen both sequels. Ahhh, the things we do for love.

Well at least you made the bad experiences entertaining for us to read about. I also remember a regrettable movie I watched on a ship. Was Lost in Space (1998) which had awful editing and just made me exhausted!

I think I may have only seen Legally Blonde 2 but did not care for it...wasn't really a fan of the first one either.

@Ted S.-Shit, that must've sucked. I don't blame you for getting sick.

@Birgit-I heard the Viking cruises are better but I still don't think I would ever go on a cruise ever again.

@Allie Adkins-Well, at least I'm glad you laughed as I at least wanted to put in some humor into my own misfortunes. Still, I don't recommend going on a cruise for anyone. Even if it's to watch films.

@Wendell-I think this means you should force your wife to watch some films that you love and she hates. That way, it balances the playing field.

@Chris-Dear God, not that fucking film and on a ship as well. I'm just going to give you a hug for what you had to endure.