For the 12th week of 2019 as part of Wandering Through the Shelves' Thursday Movie Picks. We venture into the subject of private eyes as people who are hired to solve a mystery as it gets more intriguing as it goes on. It’s often films that are typical of neo-noir pictures as it play into murder or some kind of disappearance as here are my three picks as they’re all set in Los Angeles:

From Robert Altman is an offbeat adaptation of Raymond Chandler’s novel that explores a detective trying to solve the suicide of his best friend whose wife had been recently murdered. It’s a film doesn’t play by the rules of what is expected in a mystery yet it features a career-defining performance from Elliott Gould as Philip Marlowe who is this private detective that is first seen at a supermarket trying to find the right cat food for his cat as he is more of an everyman than a traditional private detective. It’s a film that is a must for anyone that loves Robert Altman and Raymond Chandler as it also features an early film appearance from Arnold Schwarzenegger. 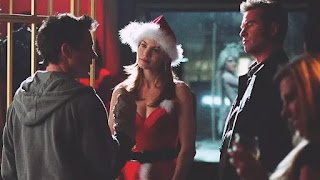 Based on Brett Halliday’s novel Bodies Are Where You Find Them is Shane Black’s first film as a director in this high-octane yet humorous film about an actor and a gay private detective who both find a body as their situation worsens due to a series of misadventures. It’s the film that doesn’t play by the rules while not also afraid of being silly as it doesn’t just feature career highlights for its leads in Robert Downey Jr. and Val Kilmer but also give audiences a formal introduction to Michelle Monaghan who gets to steal the film a bit from her leads as Downey’s girlfriend. 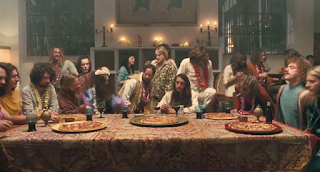 Paul Thomas Anderson’s adaptation of Thomas Pynchon’s novel is probably a film that one wouldn’t expect a major film studio to fund or support no matter how unconventional and offbeat it is. Yet, it is a film that is already gaining a cult following as it is unlike any kind of detective film that stars Joaquin Phoenix as private investigator Larry “Doc” Sportello who is investigating a disappearance in 1970 Los Angeles during the Charles Manson trials where the tension between police and hippies is at an all-time high. Featuring this incredible score by Jonny Greenwood of Radiohead, a killer music soundtrack, and one of the finest ensembles ever captured in film that include Josh Brolin, Katherine Waterston, Eric Roberts, Jena Malone, Reese Witherspoon, Owen Wilson, Benicio del Toro, Hong Chau, Martin Short, Maya Rudolph, Joanna Newsom, Jeannie Berlin, Michael K. Williams, Sasha Pieterse, and Martin Donovan. It’s a film that takes a while to understand and get into yet it is clearly a film that only P.T. Anderson can unveil.

We match! I also picked The Long Goodbye which is an excellent film and I saw Kiss Kiss Bang Bang but can’t remember the film much at all so I have to revisit it. I would like to see inherit Vice and it sounds quite good.

I was leery of The Long Goodbye when I sat down to watch because Elliott Gould seemed such an odd choice for the lead but he turned out to be a good pick. His shambling charm worked for the role. Not my favorite PI film but a decent go at the genre.

I thought Kiss Kiss Bang Bang was okay but I had hoped to love it. There was something missing that kept it from moving from merely good to great.

I haven't gotten around to Inherent Vice yet but it's on my list.

I'm a fan of the lone wolf PI film and had tons of choices to wade through but managed to get down to four.

The Maltese Falcon (1941)-Private eye Sam Spade (Humphrey Bogart) takes on the case of the beautiful, secretive Ruth Wonderly (Mary Astor). When Miss Wonderly is revealed to be Brigid O’Shaughnessy trouble begins. Sam's partner is murdered and he is accosted by Joel Cairo (Peter Lorre) who demands he locate a valuable statuette which is being pursued by others including the Fat Man (Sydney Greenstreet). Entangled in a dangerous web of crime and intrigue Sam soon realizes he must find the one thing they all seem to want: the bejeweled Maltese falcon. This fourth version of the story is proof that remakes aren’t necessarily bad things but you should stop once you get it right.

Murder, My Sweet (1944)-P.I. Philip Marlowe (Dick Powell) is working what he thinks are two minor cases but suddenly someone is dead and he discovers they are dangerously connected. As he is drawn deeper into a complex web of machinations by the mysterious Helen Grayle (Claire Trevor), Marlowe finds his own life in increasing jeopardy.

Chinatown (1974)-When Los Angeles private eye J.J. "Jake" Gittes (Jack Nicholson) is hired by Evelyn Mulwray to investigate her husband's activities he believes it's a routine infidelity case. Jake's investigation soon becomes anything but routine when he meets the real Mrs. Mulwray (Faye Dunaway) and realizes he was hired by an imposter. Mr. Mulwray's sudden death sets Gittes on a tangled trail of corruption, deceit and sinister family secrets as Evelyn's father (John Huston) becomes a suspect in the case. Dark, complex and twisted with amazing performances and flawless direction by Roman Polanski this is a great film.

I will have to look for that Long Goodbye flick sometime. I am used to seeing the 1940's adaptation of Marlow like in The Big Sleep. I will be interested to see this adaptation I love Kiss Kiss Bang Bang. The breaking of the 4th wall is amazing. I will admit I wasnt a fan of Inherent Vice but I should give it another shot.

I haven't seen your first pick, but I really liked Kiss Kiss Bang Bang. I didn't understand Inherent Vice lol. No problem admitting that I had a hard time following it, and thus it went way over my head.

I tried watching Inherent Vice for like half an hour and gave up.

@Birgit-Inherent Vice is a bit like The Long Goodbye in spirit yet it's a bit more out there due to the source material its adapted from.

@The Vern-Inherent Vice isn't for everyone as it's too offbeat for mainstream audiences but re-watches certainly has helped me enjoy the film more.

@Brittani-Yeah, Inherent Vice is just one of these baffling films where I think a re-watch would help maybe answer more questions as it's P.T. Anderson's strangest film so far.

@Wanderer-Too weird for you? That's OK.