For the 15th week of 2019 as part of Wandering Through the Shelves' Thursday Movie Picks. We go to movies where they start at the end as it play into the idea of structure where a film has a beginning, a middle, and an end but in the words of Jean-Luc Godard, it doesn’t have to be in that order. That is true as the ending also lead to a beginning or to serve as a form of narrative that helps the story return to its end. Here are my three picks: 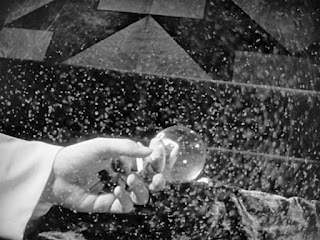 Orson Welles’ landmark debut film is a triumph in cinema as it opens with this sense of intrigue into what is this man saying towards the end of his life. Rosebud. What is Rosebud? That is the big question that looms over the film as it explores the life of a tycoon who would rise greatly and then fall as it is told in a reflective narrative. It is an exploration of a man wanting to be loved and be great as it add to the intrigue of the story as Rosebud is really more of the path that Charles Foster Kane took but what he lost on the way to this journey of greatness and failure. 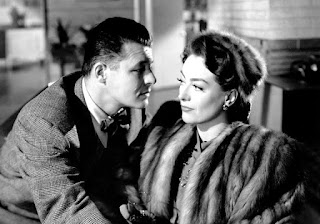 Michael Curtiz’s adaptation of James M. Cain’s novel opens with the titular character being questioned for the murder of a man as she would then tell her story. It’s a film that explores a woman trying to raise her family during the Great Depression and make something of herself only to endure tragedy as well as heartbreak and betrayal. It’s one of the finest films of the era of 1940s film noir as well as a study of a woman trying to survive and please her ungrateful daughter. 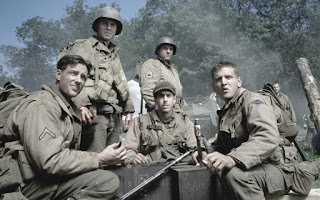 The film opens and ends in the late 1990s where an old man is in Normandy’s war memorial as he sees a gravestone where he thinks about the soldiers who fought at Omaha Beach on D-Day and later would travel through Nazi Germany-occupied France to find him. It’s an unusual way to start a film but Steven Spielberg’s World War II tale remains one of the finest films of the 20th Century as it also a standard bearer of what a war film should be. Its ending goes back to the late 1990s and who this old man is as it is about honor and duty as it is a great way to open and end a film.

It's been so long since I've seen Saving Private Ryan I forgot it opened that way. I need to watch this version of Mildred Pierce.

Citizen Kane was the first one that came to my mind. I've seen all your picks--good choices.

We match with Mildred-don't you just want to shake her regarding her nasty daughter. In fact, shake both of them! Citizen Kane is a great film which fits the theme (Do you know that Hearst apparently named his mistress's (Marion Davies) who-ha Rosebud?) I am saving this film for a later date. Saving Private Ryan is a good film with great attention to detail but it's not my favourite war film.

Mildred Pierce is my favorite of the trio. Joan just rocks the lead but she's hardly in a vacuum. Eve Arden and Jack Carson couldn't be more spot on in their characterizations as is Ann Blyth. She's totally hateful as the vile Vida and it's a pity that her studio chose to switch her over to sweet virtuous roles afterwards, she was always pleasant but it was a waste of her ability to be a signature noir vixen.

Saving Pvt. Ryan is such an intense experience. I saw it several times when it in theatres with different people and it always packed a wallop but none as strong as the first. My buddy and I saw it in a sold out suburban theatre and when it ended there wasn't a sound then the entire audience stood up as one and filed out silently no one speaking until they got out into the parking lot.

I think Citizen Kane is an expertly made film, sharp and inventive but also over-praised. I think its giant reputation is a hinderance to watching it dispassionately.

I noticed when I was looking for picks that films with this framework very often deal with death in some way and so I went with three that adhere to that theme.

Memento (2000)-Leonard (Guy Pearce) is tracking down the man who raped and murdered his wife. The difficulty however of locating his wife's killer is compounded by the fact that he suffers from a rare, untreatable form of memory loss. Although he can recall details of life before his accident Leonard cannot remember what happened fifteen minutes ago, where he's going, or why. His solution is to tattoo clues onto his body to arrive at the answer. Complex mystery begins at the end and works in fractured time lines throughout.

Sunset Boulevard (1950)-As the film opens failed screenwriter Joe Gillis (William Holden) is found floating face down (but facing the audience) in the swimming pool of former film queen Norma Desmond (Gloria Swanson). Harking back we then learn how things came to such a sorry pass. Brilliant, tragic, pitch black Billy Wilder masterpiece of broken dreams and dashed hopes with vivid performances from the entire cast and a dazzling iconic one by Swanson.

Double Indemnity (1944)-Los Angeles insurance agent Walter Neff (Fred MacMurray) stumbles into his office late one night with a bullet in his shoulder falls into his office chair and starts recording his confession for his boss and friend Barton Keyes (Edward G. Robinson). We then flashback to how his foolish involvement with the amoral, heartless Phyllis Dietrichson (Barbara Stanwyck) lead to duplicity, deception and murder. Another Billy Wilder noir classic.

I haven't seen Mildred Pierce yet, but I definitely like your other two picks! :-D

Saving Private Ryan, daaaamn. I need to see that one again because that's hell of a good movie!

@Brittani-While I prefer Todd Haynes' version of the story, I think the 1945 version is worth watching.

@Birgit-I think Kate Winslet did a better job in wanting to kill ERW in the miniseries version though I think it would've been more of a horror film if Joan Crawford killed her daughter.

@joel65913-I think Memento would've been too easy of a choice as I went for other options hoping not to repeat myself with lists as similar as this.