For the 46th week of 2019 as part of Wandering Through the Shelves' Thursday Movie Picks. We delve into the often-divisive subject that is politics. A subject that showcases the stupidity of people on both the left and the right as they keep saying that we’re right or you’re wrong and all of that bullshit. Here are my three picks of political films that absolutely fucking sucked: 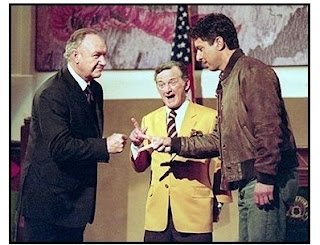 Why did this film have to be the last film that Gene Hackman appeared in? It’s about this former American president who moves to a small town and decides to run for mayor only to be opposed by a hardware store owner who runs against him as it’s not just about a race for mayor but also for the affection of the hardware store’s girlfriend. It’s a terrible film that tries too hard to be funny but doesn’t have enough heart nor anything intelligent to say. 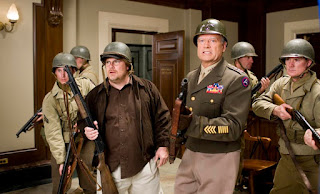 From David Zucker of the Zucker, Abrahams, and Zucker directorial team is definitely one of the worst comedies ever made. It’s a film that spoofs A Christmas Carol but in a political setting that has Kevin Farley as a Michael Moore-like documentarian being haunted by famous political figures who show him the fault of his own liberal views. It’s a film that is presented from a conservative point of view but it’s told in such in a poorly way that tries too hard to be funny and insightful. Plus, it should be noted that if anyone takes this film seriously. You’d be hard to find someone who will listen to what that person says considering that film featured a cameo appearance from Paris Hilton of all people as herself. 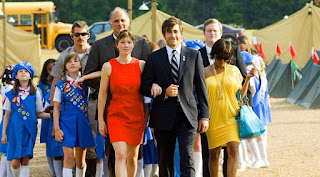 Based on a book by Kristen Gore comes a film by David O. Russell that was originally made in 2008 but various production problems lead to the film being shut down over financial troubles with Russell eventually disowning the film and it was later salvaged and re-edited into a lame political rom-com that was released in 2015. It is a film about a waitress who gets shot in the head with a nail as she tries to fight for compensation only to be taken advantage by a congressman. It’s a film that is a total mess and never does anything to be funny nor insightful as it is no wonder why Russell wanted nothing to do with the final version of the film and why his name isn’t in the credits.

I've heard of all three but have only seen Welcome to Mooseport which I agree is a very sad swan song for Gene Hackman.

I never had any desire to see Nailed since it production history just reeked of disaster.

I love political movies far more than politics so coming up with three was easy. I got a chuckle out how you went with yours but I'm happy to say mine turned out much better than the misbegotten trio you named.

Mr. Smith Goes to Washington (1939)-Upon the death of one of his state’s senators the idealistic young Jefferson Smith (James Stewart) is appointed by the cynical governor to the U.S. Senate because of his naivety. Once there he is taken under the wing of his idol, the esteemed senior Senator Joseph Paine (Claude Rains). However Paine isn't as noble nor as honest as his reputation would indicate, and he becomes involved in a scheme to discredit the youthful rube, who wants to build a boys' campsite where a more lucrative project could go. Determined to stand up against Paine and his corrupt peers, Smith takes his case to the Senate floor for a showpiece filibuster. One of director Frank Capra’s most successful films is loaded with familiar faces in every role and a memorable performance by Jimmy Stewart.

All the King’s Men (1949)-The rise and fall of everyman politician Willie Stark (Broderick Crawford) is chronicled. Initially getting into politics hoping to help the working man once in he becomes so corrupt that he no longer knows the difference between right and wrong. A very thinly veiled retelling of the life of the infamously ruthless Louisiana governor and senator Huey Long. Winner of the 1949 Best Picture Oscar as well as Best Actor for Crawford and Best Supporting Actress for Mercedes McCambridge also garnered nominations for director, screenplay, supporting actor and editing.

Advise & Consent (1962)-Controversial candidate Robert Leffingwell (Henry Fonda) is nominated as U.S. Secretary of State setting the stage for a Senate investigation of Leffingwell's qualifications and igniting a firestorm of backroom machinations. Senator Brig Anderson (Don Murray), the head of the committee, soon finds the proceedings descending into heated arguments with various politicians trying to further their own agendas by any means necessary ultimately leading to tragedy. Blessed with an insanely talented ensemble including Charles Laughton, Gene Tierney, Walter Pidgeon and Peter Lawford among many others plus a surprise appearance by Betty White as a Kansas senator!

I've only seen Welcome to Mooseport and that was so lame. I remember watching it on an airplane when planes still had only a few screens that dropped down and everyone had to watch the same movie.

I have seen Mooseport and yeah, not the best. Thankfully I haven’t seen the other 2