For the 51st week of 2019 as part of Wandering Through the Shelves' Thursday Movie Picks. We venture into the subject of child actors taking on roles as a way to avoid typecasting as child actors have it hard to try and make it as adults. Some succeed and some don’t. Here are my three picks of these performances from the 2010s: 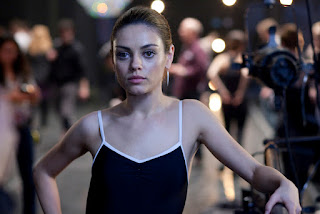 While she was known mainly for her work as Jackie Burkhart in That 70s Show for 8 seasons and appearing mainly in teen films, Kunis would show promise in Forgetting Sarah Marshall yet it is her performance as Lily as a ballerina who threatens to usurp Natalie Portman’s Nina character to play the lead role in Swan Lake. Kunis provided the looseness and sensuality for the character who would get Nina to come out of her repressed personality and girl-like persona. Yet, there are also so many layers to the role as it is one of Kunis’ finest performances in her career so far. 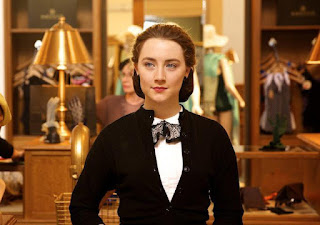 Since her breakthrough performance in 2007’s Atonement, Saiorse Ronan has been one of the best actresses working today as she would start her career playing young girls with a curiosity or be part of something. Yet, her performance in John Crowley’s adaptation of Colm Tiobin’s novel about a young Irish woman who moves to Brooklyn in the 1950s that marks a major transition from young ingénue to an actress who can do adult roles easily. Even in displaying the air of homesickness as well as a woman trying to find her identity while fighting for herself upon her brief return to Ireland. It is Ronan’s performance that adds so much nuance to the film as it would lead to having her do all sorts of roles and showcase why she is one of the best right now.

While he is known mainly for his work in the Disney Channel in various TV movies and shows with Austin & Ally being his most notable work at the time, his performance as a young Jeffrey Dahmer in Marc Meyers’ adaptation of John “Derf” Backderf’s graphic novel about the young Dahmer remains a shocking performance for the teen actor. Notably as Lynch manages to capture many of Dahmer’s eccentricities, awkwardness, and manic energy as well as showcasing a young man who is being used for other people’s amusement. Yet, it would also create this air of discomfort as some begin to realize that this is a young man that is about to go insane where Lynch also showcases Dahmer’s homosexuality as it relates to his attraction to a doctor. Though Lynch still does TV with a supporting role in Netflix’s reboot of Sabrina the Teenage Witch and various music projects for himself. His performance as Dahmer is worth seeking out as he has the chops to do something surprising in the years to come.

You always hope that doing Dahmer will be considered "against type."

These are all such good picks. I really love Ronan in Brooklyn. I didn't even consider that. I think because even her childhood roles felt so much bigger/more important than the usual kid typecasting. But she is just wonderful on every level. Kunis in Black Swan is also strong. I wish she did more work like that. She seems to have slipped into random comedies lately.

I'm always a sucker for people playing against type.

I've seen the first two of these and heard a lot of good about the third. I should probably put that on a list to watch it eventually.

I've only seen Brooklyn from your picks but Saoirse Ronan was absolutely amazing in it. I'd barely heard of her before that but I make an effort to watch whatever she's in now.

I love the first two picks! I wasn't familiar with Lynch before seeing My Friend Dahmer but he was really good in that movie.

Amazing picks!
I'm so curious about Ross Lynch's film, I really hope I get to see it soon.

Great picks for Mila and Saoirse (I haven't seen the final pick). Black Swan really helped break Mila out of any That's 70s show reputation, and it's hard to believe that Brooklyn is one of Saoirse's finest roles when she keeps knocking it out of the park.

Ronan is great in Brooklyn which truly showcased how good an actress she is. I hated Black Swan but Kunis was good I. This role and very different as the mindless vixen from That 70’s Show. I haven’t see your past pick