In the fifth week of 2020 for Wandering Through the Shelves' Thursday Movie Picks. We go into the world of TV for new shows that premiered in 2019 as there was a lot to offer to viewers in the world of TV. Even as there were new things that audiences would see that offered something new. Here are my three picks: 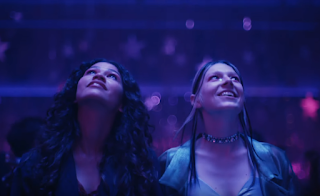 One of two new shows from HBO that I’ve seen so far, this show about a young teenage girl coming home from rehab as she struggles with sobriety while other high schoolers endure trouble such as sexual identity, drugs, and mayhem. This show created by Sam Levinson is definitely shocking as it doesn’t shy away from some of the trouble high school kids endure with Zendaya in the lead role as Rue as a former drug addict struggling with sobriety and finding her place in the world as she befriends a transgender girl named Jules. It isn’t afraid to tackle many subjects but also in the world of sex where there are young women trying to find themselves but often go into the wrong places as it’s definitely something more people should see. 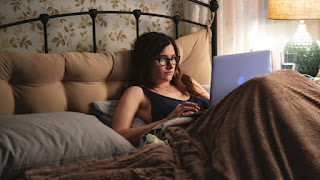 A limited TV series based on Tom Perrota’s novel about a middle-aged woman dealing with loneliness and her own sexual exploration following her son’s departure into college. It is a fascinating show that stars Kathryn Hahn in the titular role as a divorcee who is trying to find herself but also have her own sexual reawakening while her son enters the world of college as he struggles with his new surroundings. Especially as he was a popular and sexually active teen in high school yet finds himself being an outcast in college while his mother would befriend a former high schooler her son bullied back in high school. It is an amazing series as it raises a lot of questions of what will happen next. 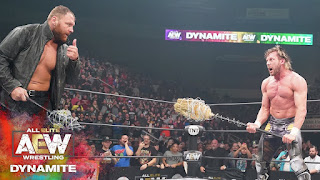 On January 1, 2019 in Tokyo, Japan, a new American professional wrestling organization in All Elite Wrestling was announced under the financial backing of Jacksonville Jaguars/Fulham F.C. owner Shahid Khan and the leadership of Shahid’s son Tony with Matt and Nick Jackson of the Young Bucks, Kenny Omega, and Cody Rhodes as executive vice presidents. On October 2, 2019, AEW's new show premiered marking the first time professional wrestling is on Turner broadcasting since March 2001 when WCW was bought by WWE as well as the beginning of the Wednesday Night Wars with WWE’s NXT brand. Two hours of professional wrestling action with bits of entertainment, the show is already successful as TNT extended AEW’s contract through 2023 with a second show set to be added. So far, it’s been doing great not just through matches and segments but also through the work of the Elite (Omega, Rhodes, Young Bucks, and Hangman Adam Page), Jon Moxley, the Inner Circle (Chris Jericho, Santana/Ortiz, Jake Hager, and Sammy Guevara), SCU, the Jurassic Express, Best Friends, Orange Cassidy, Darby Allin, and many others.

I haven't seen any of these but Euphoria and Mrs Fletcher are both on my watch list. I'm hoping that both live up to expectation.

I haven't seen any of these but Euphoria is already on my list and Mrs. Fletcher is joining it because I love Hahn.

I haven't seen any of these but I love Kathryn Hahn so I definitely need to see Mrs. Fletcher. I need to make more time for TV shows, there are so many great ones out there now.

I LOVE Euphoria! I would've picked that but I have it set aside for something later. I haven't watched Mrs. Fletcher but I will because I love Kathryn Hahn. I Haven't seen a lot of AEW but I like what they're doing so far. It's nice to see Awesome Kong wrestle again.

I am so curious about Euphoria! After seeing numerous pics of the show on tumblr, I know that I need to see it soon.

Even though I don't like Wrestling, I am glad to see something different here this week. I would like to see Mrs. Fletcher which sounds quite good