In the sixth week of 2020 for Wandering Through the Shelves' Thursday Movie Picks. We venture into the first of the Seven Deadly Sins for the series in the subject of lust. Defined in many ways such as intense longing and a desire for something or someone. It is one of the seven cardinal sins that play into temptation and chaos. Here are my three picks:

1. The Center of the World 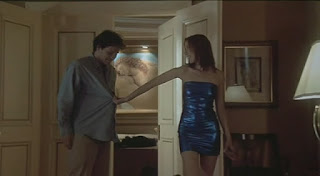 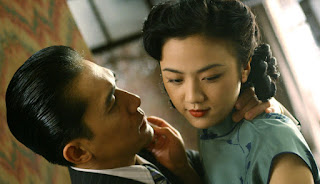 Ang Lee’s adaptation of Eileen Chang’s story set in late 1930s/early 1940s Shanghai during Japan’s occupation of China where a Chinese student joins the Chinese resistance to spy and later assassinate a top official working for a traitor to the Chinese. It’s a film that takes place during two different moments in time with the first half set in the late 1930s and the second half in the early 1940s with Tang Wei as this Chinese spy trying to meet this official in Tony Leung Chiu-wai who is the target yet there is a conflict between both of them as he’s married and she’s hired to target him as they both get into this intense affair with some nearly-graphic sex scenes. 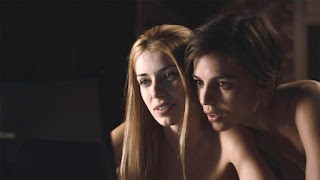 A loose remake of a Chilean film called In Bed, Julio Medem’s 2010 film about a Spanish woman and a Russian woman who meet in Rome as they spend the entire night together as they discuss their own desires and their own stories in the course of 10 hours. They also talk about their own sense of loss and uncertainty as well as their fascination towards sex with a man or a woman as it is an intimate drama starring Elena Anaya and Natasha Yarovenko that doesn’t have much plot but the performances and setting of the film makes up for it.

I haven't seen any of these but Lust, Caution is on my watchlist.

And I've only seen Lust, Caution.

Interesting lineup. I'm not familiar with any of these, but they all sound interesting. Nice to meet you! First-time participant at The Doglady's Den. Cheers!

Such interesting picks! I haven't seen any of those films but they all seem intriguing.

I haven't seen any of these but Lust, Caution sounds interesting.

I've only seen Lust, Caution and I remember liking it up until the end of the film. I remember the uproar that film's rating caused lol

I have not heard of any of these but I might take a peek at Lust, Caution

@Big Screen Small Words-Lust, Caution is a film that many should see as it is an intriguing suspense drama.

@Debbie D.-I try to throw in some curves and stuff that not many people know about.

@ThePunkTheory-They're all different but they're all mainly drama but with lots of sex.

@Sonia-Lust, Caution is one of Ang Lee's better films as it seems like he's losing his mojo over his obsession with high-frame rates.