Thursday Movie Picks (Halloween Edition): Based on a True Story

In the 41st week of 2020 for Wandering Through the Shelves' Thursday Movie Picks as a continuation of the Halloween Edition. We go into horror movies based on a true story as there are films that are based on real-life stories or based on legends. Here are my three picks: 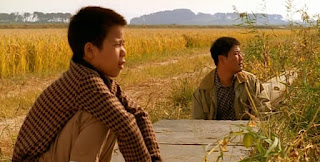 From Bong Joon-ho is a film that for anyone who had followed his work might consider this to be his best film and it is truly the work of a filmmaker coming into his own. Especially as it is loosely based on a series of real life murders in South Korea from 1986 to 1991 as it revolves around two different detectives trying to uncover the mystery. It is a film that is rich in its approach to suspense as well as moments that are scary. Most notably a scene that involves a female detective wearing specific clothing in the rain and a song appears which is when the moment is where the killer would strike his victim as it is one of the most eerie scenes captured on film.

David Fincher’s suspense film about the search for the Zodiac killer is definitely one of his most overlooked films largely due to the fact that it had a hard time reaching an audience. It is an intensely brooding film that explore two detectives, a journalist, and a cartoonist who all go on this long search to find the identity of the Zodiac killer. It is multilayered in its narrative to explore how some go into descent in their search while others basically just cope with the severity of its cast it does feature some top-notch work from Jake Gyllenhaal, Robert Downey Jr., and Mark Ruffalo. 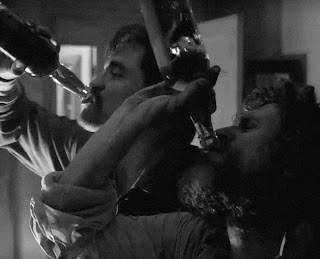 Though it shares its title from an unfinished Edgar Allen Poe short story, it is based mainly on a real-life story of two lighthouse keepers who both go insane in Robert Eggers’ sophomore film that explore terror in a strange setting. Shot in black-and-white, the film revolves around these two men who live and tend to a lighthouse that feature some mysterious powers as it also play into the lighthouse and its surroundings. Featuring top-notch performances from Willem Dafoe and Robert Pattinson, it is a film that is gorgeous in its presentation yet it is also a discomforting film to watch as it show two men go absolutely insane.

Horror isn't my bag but these are three that I've seen throughout the years that I thought were okay films.

The Exorcism of Emily Rose (2005)-Plot: An attorney (Laura Linney) defends a priest (Tom Wilkinson) accused of negligent homicide after an exorcism.

Basis: Anneliese Michel died after being subjected to an exorcism. She was found to have been malnourished and dehydrated. Her parents and the responsible priests were charged with negligent homicide and sentenced to three years' probation. Her epilepsy was likely the real culprit.

Basis: Journalist John Keel wrote The Mothman Prophecies after investigating hundreds of reports of sightings and other strange phenomena in Point Pleasant, West Virginia during the late 1960s.

The Entity (1982)-Plot: A woman (Barbara Hershey) is tormented and sexually molested by an invisible demon.

Basis: In 1974 Doris Bither claimed to have been repeatedly sexually assaulted by an invisible entity leading to her being observed by doctoral students at the University of California, Los Angeles.

Zodiac is a great pick!
I'm curious about The Lighthouse but haven't had time to watch it yet.

Memories of Murder is so good! I love that movie. Same with Zodiac. I didn't enjoy The Lighthouse like I wanted to but there's still a lot to appreciate about it.

I've been saying for years that I need to see Memories of Murder. I'm pushing it to the top of the list. Just gotta get my hands on it.

Thanks for your Halloween suggestions Steven, Memories of Murder is a cool choice, very haunting, and I'll be watching Zodiac later next week (a friend is sending me a copy). I still have to see Crimson Peak, one of your picks from last week...🍂🎃

I have only seen Zodiac which is excellent but I think it could have been edited down a bit. I haven’t seen the other 2 but I want to see The Lighthouse. I like your theme here.