For the 14th week of 2021 as part of Wandering Through the Shelves' Thursday Movie Picks. We venture into the world of amateur sleuths as people who aren’t certified detectives who take on a case and find out for themselves without the help of the law. Here are my three picks: 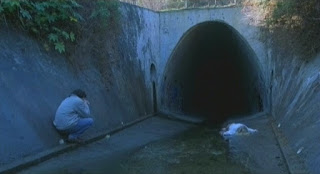 Rian Johnson’s feature-length debut film is this stylized noir film set in a high school where a young man discovers his girlfriend’s body as he tries to find out who killed her and why as it relates to drugs and social cliques. Starring Joseph Gordon-Levitt in a role as an outcast who tries to find out who killed his girlfriend, it’s a low-key performance that has everyone talking in a certain language as it is told with a sense of wit and intrigue that plays into the suspense. Notably as it has a richness that seems lacking in a lot of films set in high school as it is a standard of what feature-length debut film should be.

A worthwhile family comedy that revolves a young man who travels to a Pokemon version of Japan following the death of his father only to find a Pokemon in Pikachu, with the voice of Ryan Reynolds, as they try to figure out what is going on. It is a light-hearted and fun that does have witty suspense but also intrigue as it relates to a mysterious substance and why this young man’s father was killed. Even as it has some twists and turns but also some funny moments involving Pikachu who is just adorable to watch.

I've heard great things about Brick! And nice pick with The Nice Guys. I just watched it last year and loved it.

Everyone likes Brick more than I do. I just couldn't get into it.

The Nice Guys, though, is a lot of fun. Then again, I'm a sucker for Shane Black.

Man, I've been wanting to check out BRICK for ages! I forgot that it's Rian Johnson’s feature and since I really like Knives Out, I probably will love that film. LOVE The Nice Guys, but not sure I'm into the Pokemon movie.

I have not heard of The Brick but i like this young actor ever since he was on 3rd Rock From The Sun. I love Tough Guys which is brutal but so, so funny. I love the dream sequence with the bee and, sick of me, I know, but when the guy takes a header off the highrise and literally goes splat. It's shocking but I find it humorous.

Detective Pikachu is such a fun film. I can't believe I didn't think of it.

Great picks! I skipped this week because I had trouble coming up with picks...but I can't believe I didn't think of The Nice Guys. That's one of Ryan's best roles. Haven't seen Brick yet but I need to check it out since I love Rian.

I love Brick!
I also surprisingly enjoyed the Nice Guys quite a bit.

@Brittani-I had some difficulty trying to come up with films for this subject but then I remembered that I own a DVD copy of Brick which I still have.

@SEK-Glad to see some love for The Nice Guys

@Ruth-The Pokemon movie is not as bad as you think as it's kind of funny and it's got some cute moments.

@Jay-Glad to know there's some love for these films.