For the 16th week of 2021 as part of Wandering Through the Shelves' Thursday Movie Picks. We go into the subject of psychological thrillers. Films that play into the world of suspense as it delves into character studies as well as understanding about what is going on in their head. Here are my three picks: 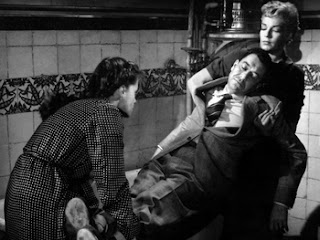 Henri-Georges Clouzot’s adaptation of an obscure novel by Pierre Boileau and Thomas Narcejac is definitely a suspense thriller that play into the idea of terror where a woman and her husband’s mistress conspire to kill that woman’s husband as things go wrong when the body suddenly disappears. It is this eerie film that has a woman dealing with the cruelty of her husband as she’s trying to run a children’s school while also having a heart condition that just adds to the chaos. It is an inventive film that has so many twists and turns as it showcases what a psychological thriller should be. 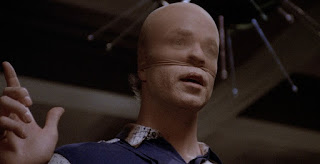 Though audiences are probably more familiar with Anthony Hopkins in the role of Dr. Hannibal Lector, what some probably don’t know is that Brian Cox did it first in Michael Mann’s adaptation of Thomas Harris’ novel five years earlier which would be adapted in 2002 by Brett Ratner with Hopkins as Dr. Lector. Yet, this is the definitive version of the story as it plays into a man troubled by his encounter with Dr. Lector to the point that he goes to him for help in trying to find a serial killer. It is a thriller that is more about trying to find the clues and the killer itself as it’s told with such richness by Mann. 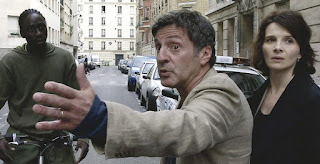 Michael Haneke’s surveillance film revolves around a TV host and his publisher wife who receive mysterious video tapes as they learned they’re being filmed for some strange reason. It plays into a man’s hidden past as a boy and the actions he probably had unknowingly caused as it adds to this intrigue as the mystery peels slowly yet it each piece that is revealed just showcases a lot of revelations. It is a film that does demand re-watches yet it does get rewarding as it allows the audience to think more and more that includes its ending which remains one of the best twists in film.

Manhunter is the only one I've seen and it's my favourite film in the Hannibal series.

Not surprisingly, I've seen none of these. Cache has been on my radar for some time though, it sounds so twisty and definitely something I would enjoy!

I've only seen Cache from your picks and I really liked that. I was pleasantly surprised with how thrilling it was.

The only one of your picks I have heard of is Cache - nothing but good things so far. I've been meaning to watch it for ages now. 😅

Unfortunately, I haven't seen any of these. But I didn't know that there were so many entries into the Hannibal series. I really only knew of Silence of the Lambs and the tv series.

A rare case where I've not only seen all three, but recommend all three.

Manhunter is such a great film--I love Brian Cox's take on the Hannibal character.

I almost went with your first choice which is brilliant. The other female lead actually did have a bad heart and died young. I still have to see the other 2 films.

I missed your post from last week somehow. Oooh Manhunter is an excellent film, I feel like William Petersen doesn't get enough credit and he's fantastic here, so is Brian Cox who's again an underrated actor. Haven't seen your other two yet.