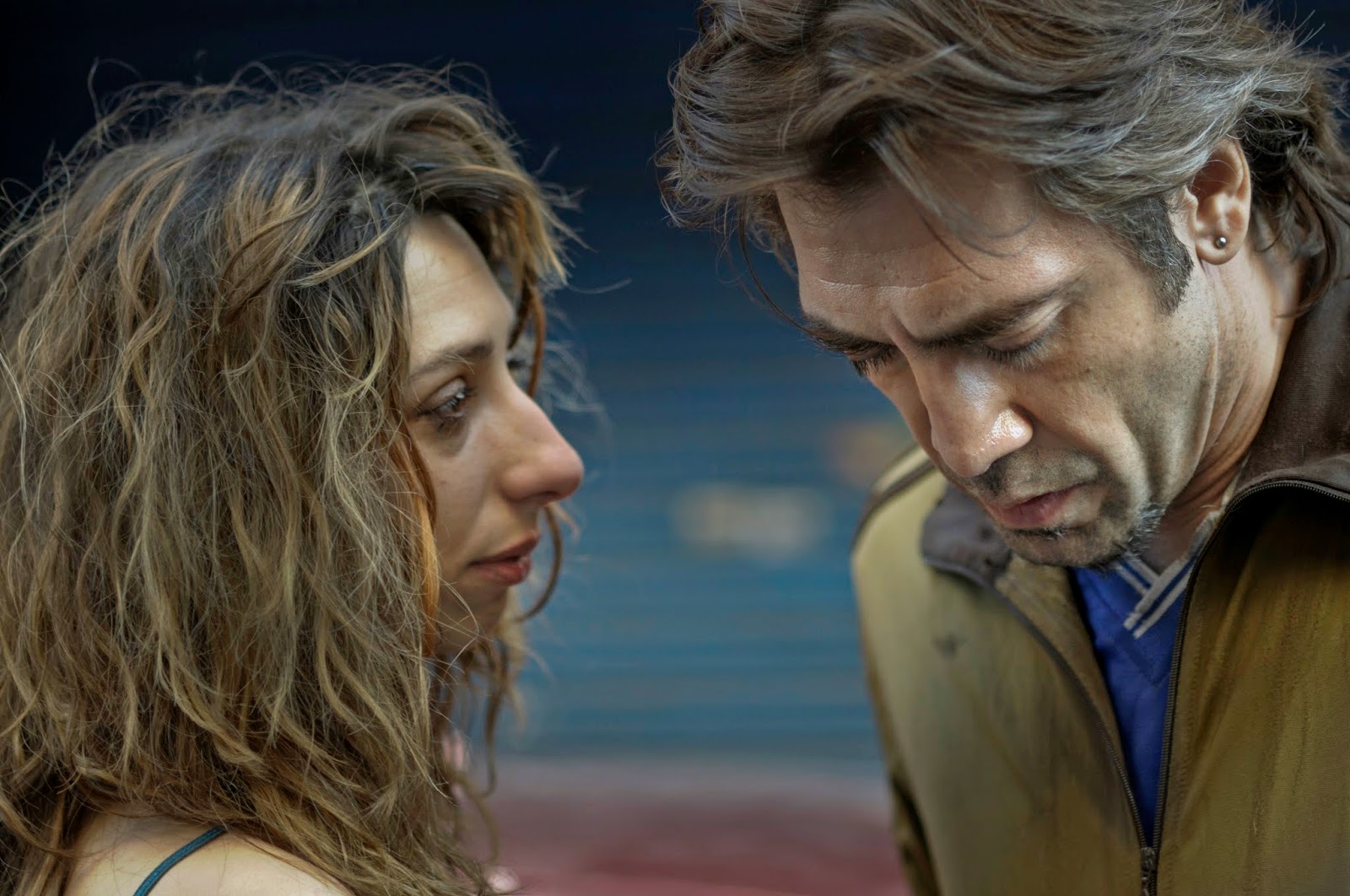 2006’s Babel was released to lots of acclaim and box office success as it garnered six Oscar nominations including a win for Gustavo Santaolalla’s score while director Alejandro Gonzalez Inarritu won the Best Director Prize at the 2006 Cannes Film Festival. Though the success was a big deal for Inarritu in the year where his fellow Mexican directors Alfonso Cuaron and Guillermo del Toro were getting lots of attention for their films. The film would mark the end of an era for the director. Babel was the final part of a trilogy of films about death that began with 2000’s Amores Perros and followed by 2003’s 21 Grams which were all written by screenwriter Guillermo Arriaga.

Babel also marked the last time Inarritu and Arriaga collaborated together as the two had a falling out during the making of Babel over authorship of their previous collaboration 21 Grams. The two parted ways following the film’s completion as Arriaga forged a filmmaking career of his own with 2009’s The Burning Plain. Inarritu meanwhile, went on hiatus as formed a production company with Cuaron and del Toro while working on smaller projects such as a 2010 World Cup commercial starring Gael Garcia Bernal and a short segment for the 2007 anthology film To Each His Own Cinema. In 2010, Inarritu returns with his fourth feature film that not only recalls his fascination with death but also redemption with Biutiful.

Directed by Alejandro Gonzalez Inarritu with a screenplay written by Inarritu, Armando Bo, and Nicolas Giacobone. Biutiful tells the story of a criminal whose life goes into freefall as he seeks redemption for himself, his children, and make plans for a better future as he is deal with his own mortality. The film has Inarritu going in a more straightforward approach for his film as he explores a character on the brink of death and his yearning for redemption. Starring Javier Bardem. Biutiful is a haunting though sluggish film from Alejandro Gonzalez Inarritu.

Uxbal (Javier Bardem) is a man makes money getting immigrants work while trying to connect with the dead just before they leave to the other world. Though he’s also involved in crime, Uxbal remains a very devoted family man to his daughter Ana (Hanaa Bouchaib) and son Mateo (Guillermo Estrella). Their mother Marambra (Maricel Alvarez) is suffering from bipolar disorder as she often spends time drinking and such with Uxbal’s brother Tito (Eduard Fernandez). Tito also works with Uxbal in trying to get Chinese immigrants work and make money for both as Tito learns that their father has died.

Uxbal meanwhile, gets the news that he is dying from cancer as he tries to set his affairs in order. Even as he tries to get Marambra to help take care of their kids despite her issues. Yet, Uxbal tries to do good for a Senegalese friend Ekweme (Cheikh Ndiaye) who had been arrested for selling narcotics. Uxbal decides to help out Ekweme’s wife Ige (Diarytou Daff) by getting her to live in his apartment as he and the kids live at Marambra’s apartment. While Uxbal also tries to help out a Chinese warehouse worker named Hai (Cheng Tai Shen), Hai’s friend Liwei (Luo Jin) tries to cut Uxbal out of the deal.

The one day, something bad happens as Uxbal’s plans to help others go terribly wrong. With Uxbal having a hard time trying to sort all things out with his businesses. Marambra’s behavior becomes more chaotic as the kids are in harm while he has a difficult time trying to provide for them. With Ige stepping in to help out, Uxbal ponders what kind of future his children will have. Even as he worries about their mother and those he had done business with as he await the last moments of his life.

The film is about a man trying to find redemption in his final days as he also tries to provide some hope and a future for his young kids in the harsh streets of Barcelona. That’s essentially the film in a nutshell but Inarritu doesn’t do anything conventional with that story. While he goes for a very straightforward approach instead of the non-linear, hyper-connective films of the past. It’s an approach that works although the storytelling at times suffers through sluggish pacing.

The film’s themes of redemption and death centers around this man who is dealing with death and tries to do good by helping people whether they’re criminals, corrupt cops, or good people. Yet, Uxbal is a man that is devoted to his family but is leaving them in a world that is very troubled. Even as their mother is unable to take care of herself and can be abusive while is desperate to live a fun life. While Inarritu and co-screenwriters Armando Bo and Nicolas Giacobone do create a fully-realized character in Uxbal as well as smaller ones like Ige and the children. The problem is that the story at times is too bleak.

Inarritu has been accused for putting his characters into situations where they’re punished very harshly and, for some sick reason, has a sick pleasure into putting them into these situations. While it’s something that is true with his films, he does it again with Biutiful but this time around. He sets it into a much bleaker world with even more dire consequences that is somewhat reminiscent to Akira Kurosawa’s Ikiru. While the screenplay works in studying Uxbal’s behaviors and motivation. It’s major flaw is trying to make it flow while some of the intense, dramatic moments doesn’t really pay off.

While the screenplay has major flaws, Inarritu’s direction definitely has potency despite its shortcomings. While he can create some amazing imagery and shots of Barcelona that is striking. There are those that seems to be strange like shots of someone hanging on top of a ceiling which becomes very confusing though there are scenes where a soul of a dead person appears but sitting down. There’s no explanation though it would be very confusing to the audience wondering what they just saw. Inarritu also create some great scenes such as a raid against Senegalese street merchants as it lifts up some of the heavier, dramatic moments.

While Inarritu also creates some surreal moments such as a strip-club scene that Uxbal enters to meet Tito. Due to the script’s lack of movement, he just lets the camera wander around or remain still where he would have shots that is typical of Inarritu but doesn’t have the same emotional impact of his previous work. Even as it dwells into heavy melodrama in some scenes while creating heavier moments that goes overboard where he could’ve underplayed it or just not show anything but still reveal what happened. Despite the flaws that is presented in the direction, Inarritu does create a compelling film that follows around a man trying to do good.

Cinematographer Rodrigo Prieto does some excellent work in the film’s photography with a grainy yet colorful presentation. While it’s grittier than his previous work with Inarritu, Prieto’s cinematography is one of the film’s highlights as it helps emphasize the bleak tone of the film. Editor Stephen Mirrone does a very good job on the film’s editing by creating some excellent transitions and rhythm jump-cuts to try and keep the rhythm going. Yet, he doesn’t do enough to help keep the story moving for its 147-minute running time.

Production designer Brigitte Boch, along with set decorator Laura Musso and art director Marina Pozanco, do a fine job in creating the decayed, dirty look in the apartment homes and slums that the characters live and interact in. Costume designer Bina Daigler and Paco Delgado do nice work in the costumes as they play up to the street look of the film with the character of Marambra wearing very loose clothes to exemplify her persona. Sound designers Martin Hernandez and Alejandro Quevedo do some great work in the film’s sound in creating the chaotic atmosphere that is the slums of Barcelona from the crazy streets to the noisy highways that Uxbal looks at.

Music composer Gustavo Santaolalla creates a wonderful though low-key score that is largely dominated by arpeggio guitars and piano to emphasize the film‘s melancholic tone. Even as he creates a heavy orchestra to also play to the film’s dramatic moments. The soundtrack includes pieces by Underworld, Barry White, Café Tacuba, Lorca, and many others. A lot of which is used in the club scene as the music of the film is another of the film’s highlights.

The casting is very good for some notable appearances such as Ruben Ochandiano as a corrupt cop, Ana Wagener as a spiritual woman who knew Uxbal’s mother, Karra Elejalde as a construction officer, and Lang Sofia Lin as Li, a woman who was Ana and Mateo’s babysitter. Other small roles include Cheng Tai Shen as a warehouse boss named Hai, Luo Jin as Hai’s corruptive confidant Liwei, Cheikh Ndiaye as Uxbal’s Senegalese friend Ekweme, and Diarytou Daff in a wonderful role as Ige, the woman who would help take care of Ana and Mateo. Eduard Fernandez is very good as Uxbal’s brother Tito who helps out with things though is a man who likes to make things worse when it involves Marambra.

Maricel Alvarez is good as the troubled Marambra when her performance is quiet and struggling though she overdoes it when playing wild and loud to the point that it goes overboard. It’s not a bad performance but it’s the one character that seems more like a cliché rather than a real character. Hanaa Bouchaib and Guillermo Estrella are excellent in their respective roles as Ana and Mateo. Bouchaib and Estrella exemplify the innocence and uncertainty of children as they watch themselves being cared for by their father unaware of his condition while dealing with their bipolar mother.

Finally, there’s Javier Bardem in what is definitely one of his greatest performances of his career. Bardem definitely exudes all of the harshness and vulnerability of a man who tries to do good despite what he does for a living. When he faces death, Bardem brings a lot of the uncertainty and determination of his character despite how flawed he is. Even when he unknowingly does something bad when he tries to do good. It is his performance that really makes the film worth watching as it is definitely one of the year’s best and deserving of the Best Actor prize at the 2010 Cannes Film Festival.

Biutiful is a good though very flawed film from Alejandro Gonzalez Inarritu that features a towering performance of Javier Bardem. Fans of Inarritu’s work will be amazed by the straightforward approach he does though it’s clear that not everything works in what he’s trying to do. Even as there’s some cases where he sort of parodies himself. Fans of Bardem will see why he is one of the best actors working today proving that he can do something as heavy as this. In the end, Biutiful is a stellar though sluggish film from Alejandro Gonzalez Inarritu that is saved by the amazing performance of Javier Bardem.

Definitely not lean, nor mean

By the way...I googled "Does ige come back biutiful" and your review came up in the top five! The one here.