Metallica: Some Kind of Monster 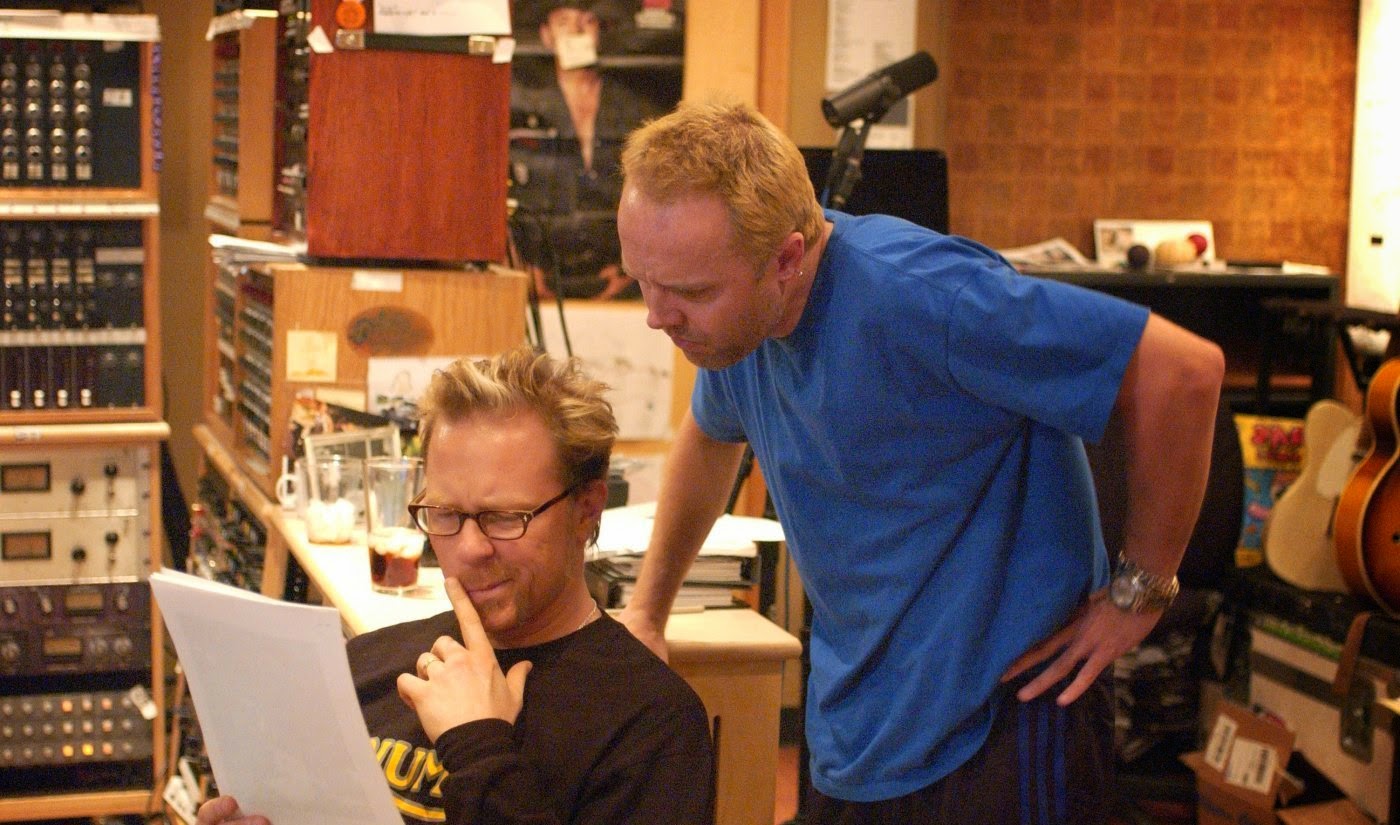 Directed by Joe Berlinger and Bruce Sinofsky, Metallica: Some Kind of Monster is a documentary film about the making of Metallica’s eighth studio album St. Anger that went on for two years as the band is dealing with a backlash, personal issues, departures, and all sorts of demons. The film is an exploration into the seminal thrash metal band as they tried to find their place in the world of music as vocalist/guitarist James Hetfield, drummer Lars Ulrich, and guitarist Kirk Hammett also tackle many things the band had been trying to ignore. The result is a fascinating documentary from Joe Berlinger and Bruce Sinofsky.

Since the early 1980s, Metallica was one of the founding fathers of the thrash-metal movement that combined the energy of punk with the power of metal that was seen as an alternative to the more popular glam-metal movement that dominated much of the 1980s. A series of classic albums starting with their 1983 debut album Kill ‘Em All to 1991’s The Black Album helped Metallica become one of the most popular metal bands ever despite some setbacks that included the tragic death of bassist Cliff Burton in 1986 in a bus accident during a tour in Europe. Former Flotsam and Jetsam bassist Jason Newstead would replace Burton for a near-15 year tenure where it was part of Metallica’s most successful period.

The film begins with the news of Newstead’s sudden departure from the band in January of 2001 as it was another of string of bad news for Metallica who were also dealing with the backlash in their battle against the Internet file-sharing service Napster as well as charges that they‘ve sold out as the band‘s recent records from the mid-1990s to the 2000s showcased the band adopting a more mainstream sound with such albums in Load, Reload, the Garage Inc. covers album, and the S&M live orchestral album. From early 2001 to the release of St. Anger in June of 2003, the film explores two years in the life of Metallica where James Hetfield, Lars Ulrich, and Kirk Hammett struggle to make the album with longtime producer Bob Rock who would play bass during the recording of the album. Also on board during the sessions is Phil Towle who is known as a performance enhancement coach as he would often analyze many of the issues the band was going through during these two years.

Directors Joe Berlinger and Bruce Sinofsky would appear briefly in the film during a crucial moment when James Hetfield returned from rehab in 2002 following his abrupt departure due to alcoholism and other personal issues as they met with Hetfield about whether he would be OK if filming continued. During the course of the film, former bassist Jason Newstead is interviewed as he revealed a lot of the reasons for his own departure and his own criticism of the band turning to Phil Towle for help. Hetfield would respond to Newstead’s reasons for his departure where he admitted to being responsible for Newstead’s departure. Other issues touched upon the film were Cliff Burton’s death in 1986 as well as personal issues between Hetfield and Ulrich as they had founded the band where the two finally become angry with one another.

Original lead guitarist Dave Mustaine, who would form another successful and influential thrash metal band in Megadeth, would appear in the film during one of Ulrich’s therapy sessions with Towle as it indicated a lot of the frustrations that Mustaine had to deal with from Metallica fans over the years. It would also play to a meltdown Ulrich would have following a show he, Hammett, and Rock attended for Newstead’s new band Echobrain as it’s one of the film’s unintentionally funny moments. Hammett is definitely the most reasonable person in the band as he tries to defuse his own ego while he would finally express his disdain about not doing guitar solos for the new album. With the help of cinematographer Robert Richman, the look of the documentary remains simple with its approach to handheld cameras to showcase a band trying to make a new album.

Editors Doug Abel, M. Watanabe Milmore, and David Zieff also help out to shape the film by including some montages with footage of Metallica‘s past as well as news footage relating to the band to showcase their trials and tribulations with some additional work from sound editor Andy Kris to provide some of the sound textures of layering of news footage and such. Especially as it relates to Newstead’s activity as he would play with the metal band Voivod as well as play bass for Ozzy Osbourne which adds a hint of irony as Newstead’s replacement would eventually be another former bassist of Osbourne in Robert Trujillo.

I noticed this film was on Netflix but held off viewing it as my experience with Metallica's music is limited at best. However, your review makes interested in giving it a watch. Plus I did not realize Joe Berlinger was involved with this. I recently saw his latest film at Hot Docs (still need to watch the Paradise Lost trilogy).

Berlinger/Sinofsky had a history with Metallica as they used their music prominently in the Paradise Lost trilogy. How this film got made was very interesting as they were asked by Metallica's management about filming a typical making-of album documentary for the label and such. Instead, they arrived to the studio realizing that the band was falling apart and they went ahead and filmed a band disintegrating.

I saw this film at the 2004 Atlanta Film Festival where I worked as a volunteer and it was a sell-out screening. Metallica fans enjoyed the hell out of it while they did boo Bob Rock over comments he made about Jason Newstead possibly returning to the band. It has some funny moments but it's a very captivating doc on a band that was just about to fall apart completely.