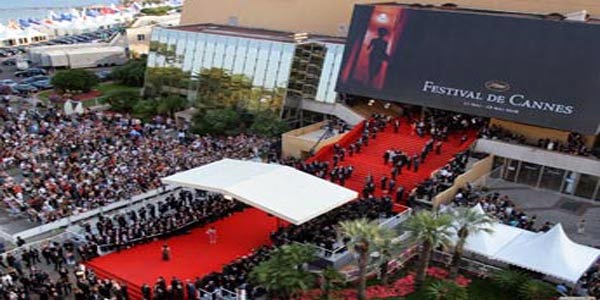 If there’s one film festival that any film buff wants to go to, it’s the Cannes Film Festival. Set in the French Riviera, it’s a place that is a place of paradise for the film lover. Gorgeous beaches, fancy hotels, good restaurants, and most of all, the Palais des Festivals et des Congres venue where many great films played to the world and make it the ultimate film event. Yet, why Cannes? Why is it the festival of all film festivals? Well, here are my 10 reasons. 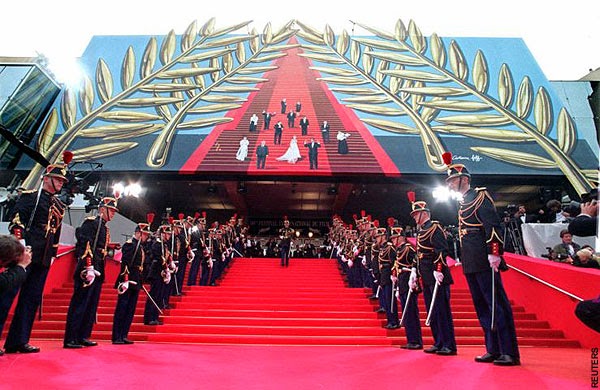 Other revered festivals in Venice and Berlin along with smaller festivals like Toronto may have some glamour and excitement. Yet, Cannes has so much more as it’s set in a beautiful beach that is often very sunny. It is pretty chaotic due to lots of traffic and a horde of photographers getting the best shot. At the same time, there is this air of splendor and spectacle that is unlike anything out there as it makes more than just some film premiere but an event that people need to go although there would be those who show up for no reason other to just be seen. 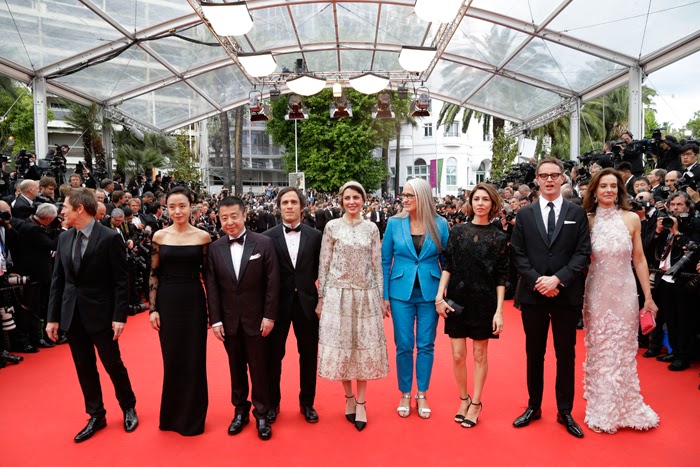 Being in the Cannes jury is like the ultimate golden ticket for a film buff as it often contains many people in the world of film whether it’s actors, filmmakers, screenwriters, or even set designers. Leading the pack is a president as it’s often a filmmaker of great prestige or an actor as recent years had the likes of Nanni Moretti, Steven Spielberg, Robert de Niro, Isabelle Huppert, and Tim Burton. This year’s main competition jury is extremely awesome as it’s led by Jane Campion as her jury consists of such talents as Sofia Coppola, Nicolas Winding Refn, Willem Dafoe, Gael Garcia Bernal, Leila Hatami, Jeon Do-Yeon, Jia Zhangke, and Carole Bouquet. That’s not a jury. That’s a fucking party! 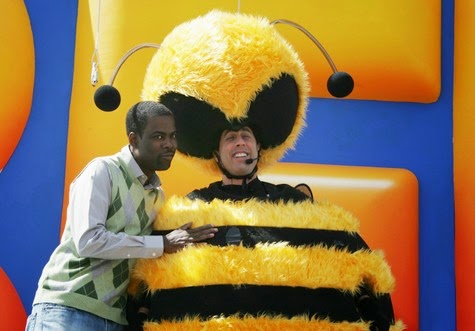 Cannes is often the place where it’s also a marketplace to get finance for film or to create some attention for an upcoming film. Some of which involved some very weird and extravagant publicity stunts. Who could forget Jerry Seinfeld dressed as a bee to promote the animated film The Bee Movie or the Spice Girls making an appearance at the 1997 Cannes Film Festival to promote Spiceworld? Most of the time, these stunts often end up being hype with no payoff but they’re always fun to watch. 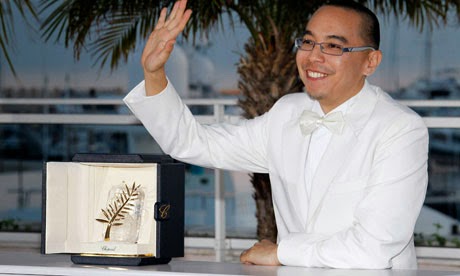 Being at Cannes is a big deal for anyone who wants to make it in film. Especially if it’s a new filmmaker who is looking for some attention as it’s the great place to be seen and get some exposure. If it wasn’t for Cannes, names like Jim Jarmusch, Andrea Arnold, Carlos Reygadas, Jane Campion, and Lynne Ramsay wouldn’t get their break as they released their early films at the festival and got attention. It’s also a place where filmmakers from places like Africa, Southeast Asia, Latin America, and the Middle East could get the chance to get exposure as some of the big winners in recent years were names that most people wouldn’t have heard of like Apichatpong Weerasethakul and Nuri Bilge Ceylan as they showcase what their respective countries like Thailand and Turkey can do. 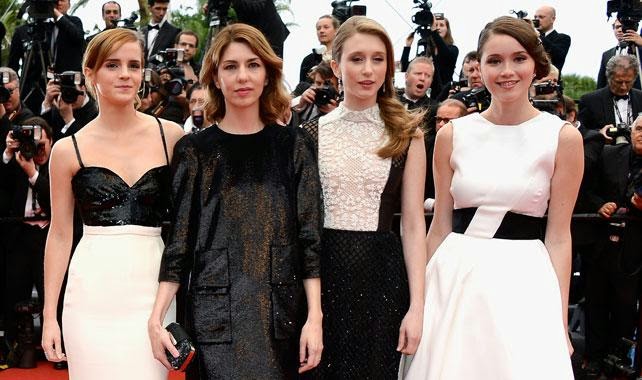 Forget the Oscars, forget the Golden Globes, to hell with the Met Galas and Fashion Week. They’re small potatoes compared to what goes on at Cannes. This is the Super Bowl, the WrestleMania, and the World Cup as far as red carpet fashion is concerned. This is where all of the ladies get to wear dazzling dresses by the best designers. Some of which can be ranged from beautiful and glamorous while some can be shocking as it’s also the chance to see who will show some skin. There were also some moments that is unforgettable such as Sophie Marceau’s boob-slip at the 2005 Cannes Film Festival. 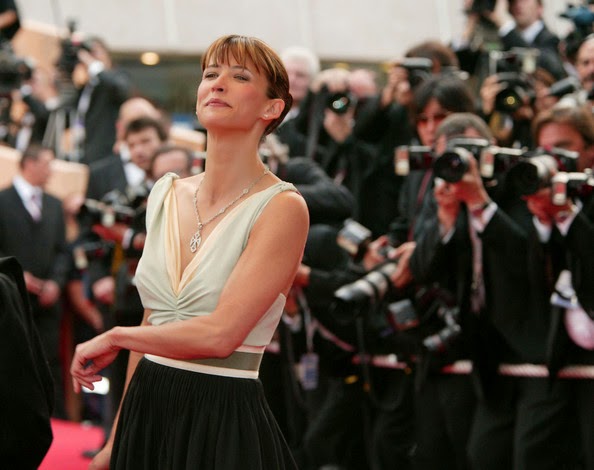 6. The Chance for the Elite to Show What They Got 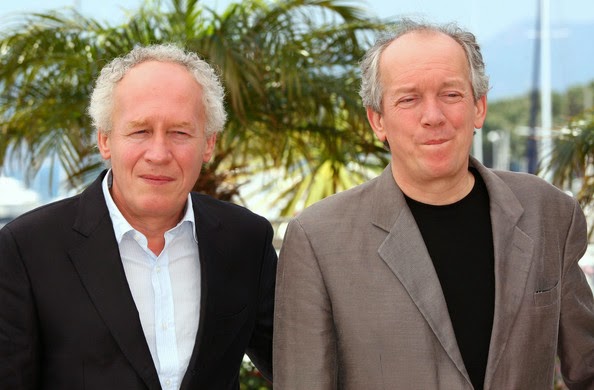 If a film festival is going to be held in a place like Cannes, it has to have the filmmakers that puts asses in the seats. Names like the Coen Brothers, the Dardenne Brothers, Lars von Trier, Wong Kar-Wai, Federico Fellini, David Lynch, Gus Van Sant, Woody Allen, Olivier Assayas, and several others have made a name for themselves at the festival as it’s often the place where they get to premiere their new movies and create a lot of excitement which adds to the spectacle of the festival. 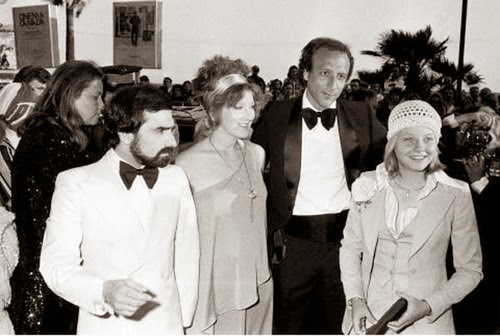 For any film that plays at the festival as it’s seen by a bunch of people in a grand theater, it’s always about what happens after the film or during the film. Sometimes, getting a great reaction can help yet being booed at Cannes can be a badge of honor depending on the film. This list compiled by Alex Withrow of And So It Begins… is an example of some great films that got booed. Yet, there are films like The Brown Bunny, Southland Tales, and more recently, Grace of Monaco that got booed and probably won’t recover. 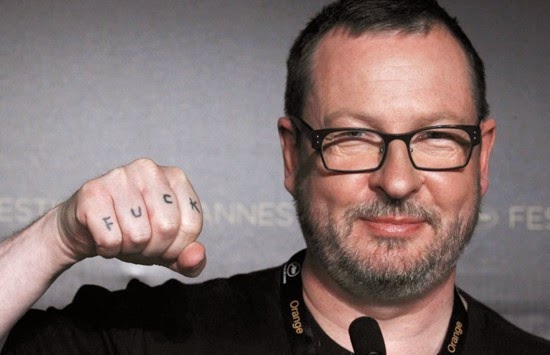 Whether it’s in a photo call or at a press conference, it’s a chance for a filmmaker or an actor to do something. There has been moments in the festival where there were some moments that are infamous such as Vincent Gallo’s reaction towards Roger Ebert’s review of The Brown Bunny. Yet, there is probably no one who creates controversy better than Lars von Trier from the day he gave Roman Polanski the finger and called him a midget at the closing ceremonies at the 1991 Cannes Film Festival to declaring himself the best filmmaker in the world at the 2009 festival. Yet, he would become persona non grata on the day he called himself a Nazi two years later. 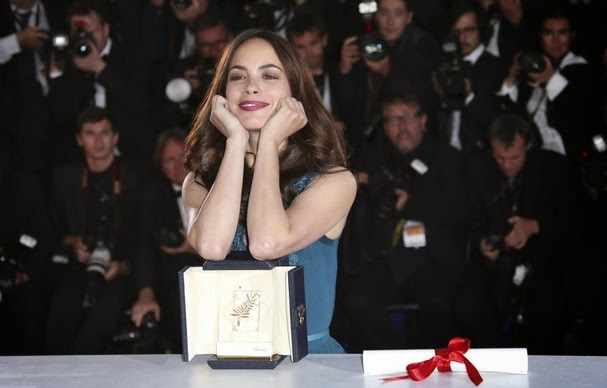 For some of the bad moments that happens, a great reception and some accolades can help. Even if a film doesn’t win the Palme d’Or, there are some prizes that are worth getting as films that didn’t win the award would get some attention. Last year, Bruce Dern won the Best Actor prize as it helped get him an Oscar nod for Best Actor for Nebraska which is a big deal while second and third place prizes are also a big deal as is the prize for Best Director, Best Screenplay, and the Technical Jury Prize. These awards do mean something as it adds to the unpredictability. 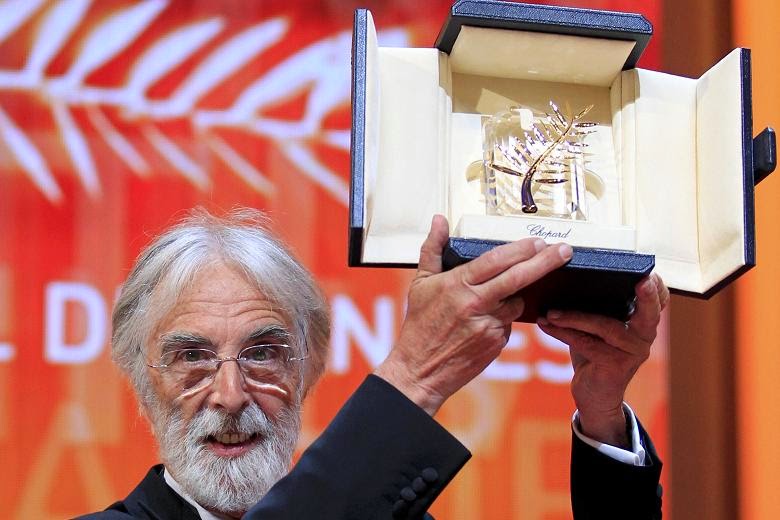 What do films like Apocalypse Now, La Dolce Vita, Barton Fink, Wild at Heart, The Leopard, MASH, sex, lies, & videotape, Pulp Fiction, and The Tree of Life have in common? Well, they’re all classic films and have all won the top prize of the festival. The Palme d’Or is one of the greatest prizes in film and it adds a certain prestige to that film’s importance where many of them would stand the test of time. For some, it’s an award that can help a career or can bring some prestige back to someone whose career had been slumping. It’s definitely an award that any filmmaker would want.

Cannes definitely has a lot of glitz and glamour. I still think Sundance is my favorite film festival, but Cannes is up there too. In fact, I made a rule for myself centered around Cannes: Just because a movie pisses people off at Cannes, doesn't mean you should check it out. (See Antichrist and Melancholia)

I love Cannes for what it means to cinema. There might be greater attention given to the show-biz type stuff than I'd prefer, but the films and auteurs always get their due.

@Brittani-I like the films that get booed as some of them are just provocative yet there are those like Southland Tales that was just... shit.

@Bonjour-I wish they did tone down the showbiz stuff as I get pissed at seeing people who are at the festival only because they want to be seen as they would often deviate from the attention of the film and filmmakers. Fortunately, they don't stay very long.

Great post here Steven! Surely Cannes is THE film festival, it's one that sets the bar for the rest, I mean for the glamor alone it's one that any filmmaker and filmgoer DREAM to be a part of.

@ruth-Thanks. It's the festival that I want to go more than any other festival. Just to be there would be a life goal in itself.

That's a lot of good reasons why we should appreciate Cannes. Didn't know Lars von Trier insulted Roman Polanski at the 1991 Festival, I guess he always was a naughty boy!

@Chris-The reason Lars did that to Polanski because he realized he wasn't going to win the Palme d'Or and he decided to insult Polanski for that. Of course he's a naughty boy yet that's why Lars is so fun. I wish Cannes asked him to come back because he puts asses in the seat!