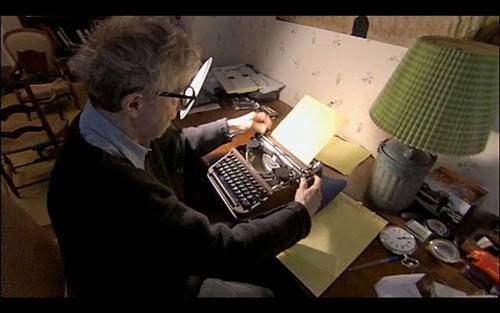 A new year is emerging and it's definitely going to be big based on the recent list of films for 2015 that are coming as 2 more lists of what is coming in 2015 will emerge sometime in the final days of the year or in the New Year. I would've finished this earlier but the flu forced me to relax and take a breather. The illness definitely set me back a bit as I won't surpass my record of 472 films but I'm fine with that. Besides, it's time to look ahead at the things I'm planning to do for 2015 as it's going to be a big deal as this coming July will mark the 15th Anniversary of my writing/reviewing career as well as the moment that I used this blog to go at it alone back in 2010.

The Favorite Films essay series has been unfortunately dormant as I blame myself for it. I had bits and pieces of an essay on Christopher Nolan's Dark Knight trilogy about 1/3 finished but writer's block forced me to put the essay in limbo. I'm trying to get back in that world but it ain't going to be easy. Even as there's so many films I want to write about but either I haven't found the time or just couldn't come up with any ideas which is why it's been in limbo as does my attempt to write my own scripts haven't been finished and often left dormant. That is also my fault.

I have thought about reviving The Void-Go-Round music blog as something different as I have no interest in writing music reviews ever again. Instead, I want to use it to create lists on bands/artists as well as point people into what record to start with and such. I'm not sure if I will do it but it's something that's been floating around my head. As for Wrestling with the Void, I doubt that I will write about pro wrestling ever again due to my growing disillusionment with the WWE as I've already made the decision to not watch its programming ever again unless a miracle happens.

2015 will be a busy year as there's a lot of things I will do as I've finally fulfilled my 2014 Blind Spot Series obligations while I made the announcements over what's going to happen for next year with the list of films I will see for the 2015 Series. There's also a bunch of films that I plan to see for 2015 in all sorts of different genres and such as the watchlist that I've created for 2015 is an example of what I hope to do in the following:

These are the goals I want to achieve for 2015 as the list of trilogies is an ongoing project that I've been interested about as it relates to my own fascination with trilogies in cinema. As far as me attending film festivals, that is also up in the air at the moment as I'm not sure if it will happen or not. Then there's the Auteurs series as I've recently completed a 2-part Auteurs series on Francois Truffaut as my 40th subject (which will come out next month) as 2015 will be a little different in some ways as I'm approaching 50. Yet, I will not divulge the 50th subject as I want to keep it a surprise so here are the names I will cover for 2015:

The question mark is a mystery as I know who will do for that one but I'm going to be very mum about it. Here's a watchlist of the films by the filmmakers that I've announced that I will do while a few of them will be coming out with new films in 2015. Another thing I'm going to do for 2015 is to make a list of my favorite films (that isn't Lost in Translation) from 2000 to 2015 to celebrate that 15-year anniversary. So that is all that is ahead for this blog in 2015 as I will finish up a few things for 2014. Let's make 2015 a truly epic year.

Have a great 2015! The silent era has a lot of good stuff to explore, I love Haneke's glaciation trilogy,and I've seen two from Orphic Trilogy, both of which I enjoyed. Look forward to your thoughts on them.
Besides the 12 blind spots reviews for next year, and I might do a book blind spot list like Fisti is doing.

Thanks. I really want to do more silent films as I've watched about 3 episodes of the Story of Film series as I'm going to watch 2 more for the year and then do the rest and have it set for next year.

Wow I didn't know you have a music blog too. You're such a prolific blogger Steven, I look forward to what you have in store for us next year!

@ruth-Well, I started my writing career writing about music through album reviews and such. Yet, that waned due to my love for cinema. It's just something up in the air as I have a lot of films that I want to see for the new year.

Holy shit that is a lot of work you have in store for the new year. It's cool that you have written music reviews because I know a few local bands that I would be curious to read your thoughts about it. I really am interested to read more of your auteur series and your indepth reviews. If you have a twitter or facebook account I could share your posts better

@TheVern-I don't do Twitter nor Facebook. I had an account on the latter but deleted it. I'm not really into social media. I prefer to let the work do the talking. As for the music thing, I don't know. I'll see what will happen in the coming days.