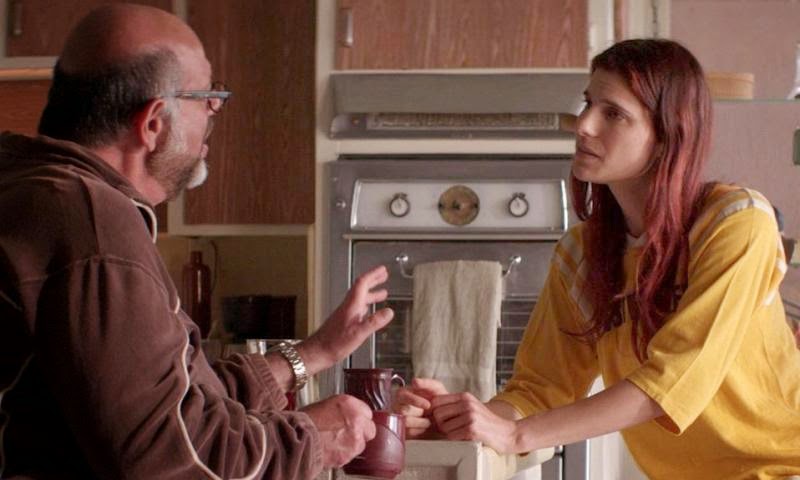 Written, directed, and starring Lake Bell, In a World… is the story of a vocal coach who struggles to make it in the world of the voiceover game as she contends wither very famous father and other men in an industry often dominated by men. The film is an exploration into an industry where men often runs things as a woman is trying to make it on her own terms as she copes with having to compete with her father. Also starring Demetri Martin, Fred Melamed, Rob Corddry, Michaela Watkins, Ken Marino, Tig Notaro, and Nick Offerman. In a World… is a rich and engaging film from Lake Bell.

The film explores the world of the voiceover industry as it revolves around a revered veteran, a popular voiceover actor, and the veteran’s vocal coach daughter all vying for this job to do voiceover work for a trailer for an upcoming film franchise following the death of a great voiceover artist. Yet, it’s really more about this woman who has her father’s gift for doing great voices as she struggles to make it on her own as she works as a freelance voice coach as well as do small gigs. Even as she is kicked out of her dad’s home as she lives with her sister where she copes with having to be in her father’s shadow. When opportunity knocks as she had gained two voiceover gigs that was supposed to be for someone else. It then lead to all sorts of things as she finds out she would have to compete with her father and the man whose gigs she accidentally took.

Lake Bell’s screenplay definitely explores the struggle for women to make it in an industry where men are often the driving force as it sort of plays as an allegory of the way the film industry is where it would favor men instead of women. Even as her character Carol Solomon is someone who is very good at creating voices and helping other actors with their voices. Unfortunately, it hasn’t done enough to get her own career in gear despite the help of some people including sound engineer Louis (Demetri Martin) who has a crush on her. Her father Sam Sotto (Fred Melamed) is even less supportive as he is more concerned in grooming the already popular voiceover actor Gustav Warner (Ken Marino) to be the man who will say the words “in a world…” that the late Don LaFontaine has been famous for.

While there’s a subplot involving Carol’s sister Dani (Michaela Watkins) who is struggling with her marriage to Moe (Rob Corddry), it does play into Carol using her voice to help them. Even as it reveals the sisters’ shared frustration towards their father who is often dismissive about Carol’s work as doesn’t think women have a place in the voiceover industry. Carol’s encounter with Gustav at his party would only complicate things due to Sam being more supportive towards Gustav as he is unaware of the fact that Carol was the one that took Gustav’s gigs due to Gustav being sick. It would definitely lead to this competition where Carol knows she has to compete with her dad and Gustav for this gig but she doesn’t have their egos as she knows that she will at least she put some effort if she loses the gig.

Bell’s direction is very simple as she aims for something that feels very intimate as well as provide some insight into a woman trying to break into a male-dominated industry. Especially as it has something that is a low-budget film but doesn’t have the look nor the feel of a low-budget film where Bell definitely creates some unique compositions such as close-ups and medium shots. Notably in the former as it plays to the power of the voice such as this climatic montage of Sam, Carol, and Gustav recording their voices for this trailer. The direction also has some effective use in its approach to humor that is very light-hearted as Bell prefers to create something that feels natural while not being afraid of displaying some quirks. Overall, Bell creates a very fascinating and entertaining film about a woman trying to get her break in the art of voice-overs.

Cinematographer Seamus Tierney does excellent work with the film‘s cinematography as it is vibrant and colorful for some of the film‘s daytime scenes while using some unique lights and shades for some of its nighttime interior scenes. Editor Tom McArdle does brilliant work with the editing as it‘s mostly straightforward while its climatic montage is very inventive to showcase how Sam, Carol, and Gustav each prepare themselves for this gig. Production designer Megan Fenton, with set decorator Elizabeth Garner and art director Ashley Fenton, does nice work with the look of the homes that Sam and Gustav live in as well as the small apartment that Dani and Moe live at.

Costume designer Lindy McMichael does terrific work with the costumes as it‘s mostly casual with the exception of the party dress that Carol wears to Gustav‘s party. Sound editor Fredrick Helm does fantastic work with the sound editing to provide the usage of voice-over and how they‘re created as well as in the climatic montage where Carol, Sam, and Gustav are recording their narrations. The film’s music by Ryan Miller is wonderful as it‘s mostly a keyboard-driven score that is low-key to play into its humor while music supervisor Chris Douridas creates a very fun soundtrack that features a diverse array of music from Mulatu Astatke, Warren G and Nate Dogg, Ice Cube, Squeeze, Salt-N-Pepa, Rick James, the Commodores, Slick Rick, Eddie Money, the Police, Gerry Rafferty, and Tears for Fears.

The casting by John Papsidera is amazing as the film features cameos from Jeff Garlin, Eva Longoria, and a couple of noted voice-over actors in Joe Cipriano and Mark Elliott. Other notable small roles include Talulah Riley as a British neighbor of Moe who helps Carol out in finding a dress, Stephanie Allynne as the sound studio receptionist Nancy whom Louis goes on a bad date with, Corsica Wilson as a woman with a sexy baby voice that Carol meets, Jason O’Mara as an attractive Irishman that Dani meets in her work as a hotel concierge, Tig Notaro as the sound engineer Cher, and Geena Davis in a wonderful appearance as a film executive who would present the trailer that Carol, Sam, and Gustav have been competing for. Nick Offerman is excellent as the sound studio manager Heners who is trying to make sure things are going well as he reveals to despise Gustav for personality reasons. Alexandra Holden is terrific as Sam’s much-younger girlfriend Jamie who tries to smooth things between Sam and his daughters as well as be his supporter. Rob Corddry is fantastic as Carol’s brother-in-law Moe as a small-time chef who is trying to get some time with his wife as he copes with her frequent absences as he would help Carol out with her things.

Ken Marino is superb as the voiceover actor Gustav Warner as he is a guy with a sense of charm but also a bit of smugness which Marino manages to flesh out so well. Demetri Martin is brilliant as Louis as Carol’s sound engineer who has a thing for her as he copes with being single and Carol’s encounter with Gustav. Michaela Watkins is great as Carol’s sister Dani who copes with her work as well as an encounter with an attractive Irishman whom she met at work. Fred Melamed is incredible as Dani and Carol’s father Sam Sotto as this famous voiceover actor who has everything but is often distracted by his own ego and what he wants to do which often leads to a troubled relationship with his daughters. Finally, there’s Lake Bell in a remarkable performance as Carol as this vocal coach who is trying to get her break as she copes with competing with her father as well as the sexism she is facing in the industry as it’s a performance full of charm and naturalistic humor.

Hey glad you enjoyed this Steven! I saw this 2 yrs ago at a local film fest and it was packed. I enjoyed it and mostly it was hilarious, though there are moments that baffled me. Still I think it's a great directorial debut from Lake Bell and she's so fun to watch as well. The supporting cast are fun too.

@ruth-It was better than I thought it would be. I was surprised by its simplicity and how well-paced it was. The cast was great and it was also quite funny.

@Brittani Burnham-I had fun watching this and I wanna see Lake Bell do more writing/directing as I think she's got a lot to say and the film world needs more people like her.