The Short Films of Jacques Tati 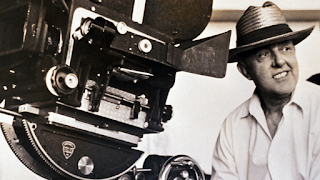 While he is considered one of the greatest comedy filmmakers in the 20th Century, Jacques Tati only made six feature films from the late 1940s to the late 1970s. Yet, his work in feature-films that he directed are considered some of the finest comedies ever created as Tati would be involved in seven short films from the mid-1930s to the late 1970s. All of which would play into his unique approach to pantomime and physical comedy as well as his love of the simple life.

Directed by Charles Barrois and written by Tati and Rene Clement, the 23-minute short film revolves around an out-of-work actor who finds himself in a professional wrestling match. Also starring Enrico Sprocani as the clown Rhum, the film is a comical tale where Tati plays the lead role as a man who is forced by his wife to answer an ad unaware of what he really needs to do. It’s a short that plays into Tati’s minimalist approach to slapstick comedy where Tati doesn’t say much as it’s more about the surroundings he is in including the climatic wrestling match where Sprocani’s character would play a key role in the results.

Co-directed with Jacques Berr, the short that stars Tati and Sprocani based on their own script is a story where two guys get themselves involved in a moneymaking scheme. The 21-minute short plays into these two men who decide to be tour guides for money by getting a cheap car and con a group of people where everything goes wrong. Add some bad directions, mishaps, and a runaway chicken, the film is a whimsical comedy that is very simple. While Sprocani would play the leader of the two, it is Tati that is the star due to his approach to physical comedy and being very quiet and restrained which would be a prototype into some of the characters he would create in the years to come. 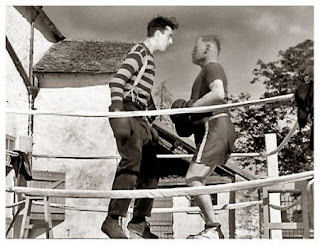 Directed by Rene Clement and written and starring Tati, the 13-minute short plays into a man’s desire to be a boxer as he gets a chance to become one unaware of what it entails. It’s a simple short that plays into a man who is unaware of what he is getting himself into as he deals with another boxer while a postman would try to help the unfortunate soul in the rules of boxing. Armed with a wonderful soundtrack, some fantastic editing, and stylish direction from Clement. It is definitely the best of the shorts that Tati would do in the 1930s. 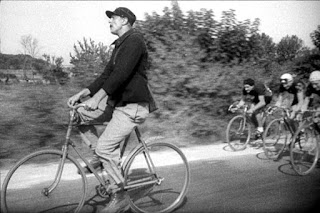 In his very first solo film as a director, Jacques Tati would star and write this 16-minute short that served as a template for his first feature-length film in Jour de Fete as the story revolved around a clumsy cyclist who works as a postman. It’s a film where Tati would create recurring gags which involves his character and bicycle as the postman tries to deliver mail in his route where a lot of hilarity ensues. Most notably as the postman tries to deliver his mail before the mail plane arrives to pick up mail as it features one of the most hilarious climaxes ever. 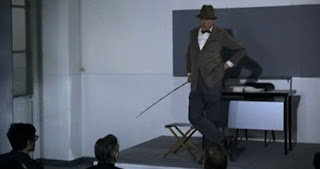 Made during the production of Playtime, the 27-minute short film that is directed by Tati’s assistant Nicolas Ribowski and written and starring Tati revolves around an acting teacher teaching his students the art of mime. It’s a film where Tati not only display his talents in pantomime where he plays a teacher that could or could not be Monsieur Hulot, despite the fact that he is wearing the clothes and mimic everything that is Hulot, who showcases elements of how to be clumsy. There is also a tribute of sorts to Tati’s early work including the short film L’ecole des facteurs as it’s shot beautifully in color and black-and-white by Jean Badal with a playful score by Leo Petit. 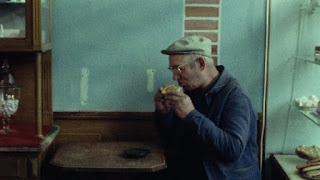 Written and directed by Sophie Tatischeff, the film is a simple short film set inside a pastry café where a group of people converge to socialize and eat pastry. Set in the small town where Jour de Fete was made, the short doesn’t have much of a plot nor does it feature Tati himself but it does have it sense of spirit in terms of the love of simple small town life that Tati yearns for in the age of modernism. 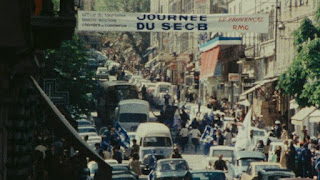 Tati’s final film is 27-minute short he made in 1978 is a documentary short about UEFA Cup match between the PSV Eindhoven club from the Netherlands against the SC Bastia club from France at Furiani stadium. Though Tati would shelve it, the film was finally finished in 2000 by Tati’s daughter Sophie Tatischeff just 18 years after his passing. The short chronicles the island of Corsica where many of its locals are celebrating and exhilarated over a championship final between the two clubs as many are rooting for Bastia. It’s a documentary short that explores the joy of futbol fans and how much it can bring an entire community just to support their team as it is one of Tati’s finest shorts and a fitting finale for the filmmaker.

These short films of Jacques Tati not only display the man at his funniest but also as a filmmaker who really takes great care into the stories he creates. Even if it allows other filmmakers to help Tati present his vision as well as create something that is their own. It’s a collection of shorts fans of Tati must have as it showcases a man who didn’t just make people laugh but also touch them in ways that are indescribable.

Great mini reviews of short films here Steven! Do you know where I can watch any of these? Are they available on Youtube? In any case, I think it's cool that you combine several of these reviews in one post!

I don't think they're available on YouTube. Hulu maybe but the reason I was able to see the films is because I purchased a box set of the entire works of Jacques Tati from Criterion. The whole set is expensive but well worth it if you're into Tati's work.

I'm keen to watch those short films, they sound pretty funny. Of those, think I've only watched School for Postmen. Tati has a unique style, and I enjoyed the feature length films of his I saw.

@Chris-It's worth getting the box set not just for the feature films but the shorts as well as it proves that the man was a genius.