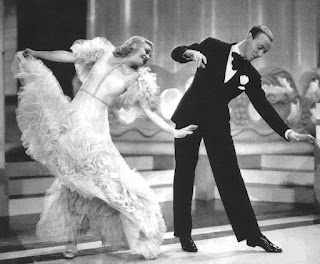 With the year that is 2016 coming to a close (thank God) with one more film in the Blind Spot Series left for the year that will be Wolfgang Petersen's Das Boot. The time has come to look into what is ahead for the next Blind Spot Series which has been something I've enjoyed as it gives me the chance to not only see films that I had never seen before. It also shows me all kind of different films and filmmakers as the choices for the 2017 series doesn't just reflect the many different genre of films that I wanted to see but also to shake things up. Some of which are based on filmmakers I've recently discovered or know very little about. Even as a lot of these films are old classics as it's something I want to rectify more and more over the years. Especially the films the pre-World War II era and everything else before the 1960s while I also made the decision not to choose films from the 21st Century. Having done two trilogies this year, I decide to just do one as a way to not overwhelm myself. Here are the 11 films and one trilogy of films that I will watch for 2017:

How Green Was My Valley

The Big Red One

World on a Wire

Glad you're doing the Blind Spot again. I don't think I will as I could barely finish this year's list, but I've been quite busy this year in terms of blogging. Rear Window is the only one I've seen from your list and it's well worth checking out!

I cannot even compute the year you just wrote, but by the looks of your list, it's going to be a good one!

@ruth-I decide to do something different again but also do more older films as some of my choices are based on the 1001 Movies You Need to See Before You Die book.

@assholeswatchingmovies.com-I hope it will be a good one as I need something to escape through in a year that I know will be shit.

I've watched about half of your 12 picks and enjoyed those. I hope you have a good time with them in 2017.
I also want to check out Fassbinder's Word on A Wire at some point, it's long, but looks interesting.

@Chris-World on a Wire recently came on TCM so that was a no-brainer for me to pick as a Blind Spot as I want to do more Fassbinder and more New German Cinema. To me, a long film can be a good escape.